In late May, Brian Byrne brought home the final leg of a 40-hour run which the Kildare hurlers undertook to raise funds for a six-year-old boy from Clane who has a rare and terminal neurological illness.

Just over €9,000 was raised for Ruairi McDonnell and his family. Their reasons for doing it were altruistic but also part of a desire to be a group that young people would aspire to be part of. Role models don't just knock sideline cuts over the bar.

Manager David Herity pushed the idea, the players figuratively and literally ran with it.

"Ruairi’s condition and the fundraiser was obviously the number one aspect of it," says Kildare captain Brian Byrne, who will this weekend lead his side in the Christy Ring Cup final against Down.

"It was something we decided it would be nice to do when it was weird times for the whole country. The likes of Ruairi’s family were more hit than certain others. It was nice to see the Kildare hurling community come together, the senior team be leaders and promote it.

"We have a leaders group in the hurling section. We threw out different ideas. Ruairi is from Clane, the club of our two keepers Paddy and Mark and then Cian and Sean. So they were quite close to him.

"Ruairi's a big hurling fan as well. He was posting about the games all the time. The luxury of going to them probably isn’t something Ruairi has.

"It’s a lot easier for the footballers to be noticed in Kildare – we have to wear helmets the whole time. Sometimes they see us with the helmets on, the younger kids, and they go 'that’s him' but when the helmet comes off they can have absolutely no idea who we are. So just small things like that where we could build a base of support. That was in the back of our minds as well."

Whatever happens on Sunday at Croke Park, Kildare will be taking steps up the hurling ladder. Victory over Roscommon in last weekend's semi-final ensured they've been promoted to the Joe McDonagh Cup.

The Kildare team is a relatively young one. Seeds sown at underage level are beginning to peek above the senior surface. Last year, Kildare reached the Leinster minor semi-final where they were competitive against Kilkenny. Byrne believes those improvements need to happen at U20 level as well to ensure an easier transition to senior hurling.

It has also helped that Herity, an All-Ireland winning goalkeeper with Kilkenny, is willing get his hands dirty in the grassroots.

"It's not every day you get a manager who has five All-Irelands in his back pocket," Byrne says.

"There's a huge amount of experience.

"He came in off the back of us winning the Christy Ring and some guys might have thought, 'That's good now. We've won our Christy Ring. We should be fine'.

"Something that he brought was that we can always get better. There are always improvements there. His intensity and passion for the game is second to none. It's probably something that I've never seen before and was a huge addition to Kildare hurling.

"In terms of how we get across the line, it's about consistency and it's something David Herity has tried to implement, that we're not playing fantastic one day and pitching back down to another low the next day. If we can get up to a good level and stick at it, that's how teams get that winning mentality. 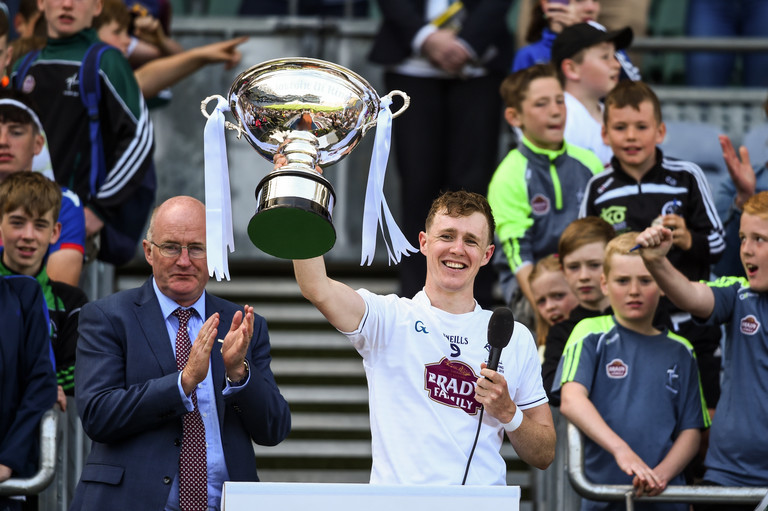 "David has never let us settle at what we've got good at. He's always looking for more and more the whole time. I've never been in the Kilkenny camp but I can only assume that's the way it goes there. You can see from the ruthlessness of how they pick teams, you have to be at your best the entire time or you'll be on the sideline.

"One big thing he has done, and it's in conjunction with Kildare themselves, is that he's promoted the club scene a lot more. He's really pushed on clubs to get involved. He's gone and done sessions himself with them, just to get a feel for how he does things or if he can help them in any way."

Kildare and Down have already faced each other twice this season. They met in the Kehoe Cup, a tie that took place nearly a year ago, and in the league back in the March. Down won that first encounter by 10 points. The second game was much closer.

"They beat us by a point that day, the pitch was a lot tighter, a lot smaller, it was a real game of two halves because there was a strong breeze," says Byrne.

"It’s always been nip and tuck between us, I think the biggest thing for us is that we’ll just focus on ourselves, if we can get as much of our preparation right and correct then it’ll be a good game. It’s going to be a close game, there’s no doubt about it.

"It's good for us and Down to get up there and into Joe McDonagh. That's the only way we'll improve. Our big aim is that it won't be a zigzag approach, that we'd up and come back down, and then back up and back down. We want to get up there, stay there and improve."

Book The Couch: 7 Live Games Across Hurling And Football Championships 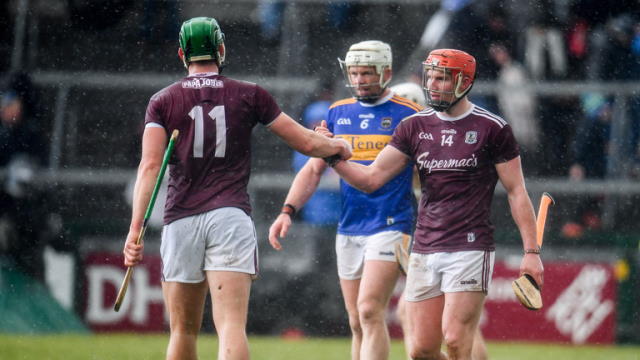