Wexford were absolutely hammered at Croke Park tonight by Galway in their Leinster hurling semifinal. The final score was 1-27 to 0-17 but that scoreline was flattering to Wexford. That trademark intensity that we've grown to associate with Davy Fitzgerald teams was nowhere to be found, as Galway eased to a one-sided victory.

After the match, a crestfallen Fitzgerald was scathing in his assessment of the Wexford performance.

'We were absolutely terrible. All I can say to the Wexford supporters is I'm extremely sorry for the way we performed. We showed no guts, no fight.  We had no character. It's extremely disappointing.'

"We were absolutely terrible" Davy Fizgerald doesn't hold back as he assesses Wexford's loss to Galway in the Leinster SHC #RTEGAA #SundayGame pic.twitter.com/jlv0tIIi8u

It was the worst loss of Fitzgerald's four years managing Wexford.

'We tried four different formations, we tried two different styles of play. We tried so many different things. It didn't matter. We weren't at the pitch of it,' he explained to RTÉ after match.

Wexford now face a very tricky route through the qualifiers with the likes of Cork and Clare lurking as potential opponents. More will be known about that on Monday morning.

Meanwhile, for Galway manager Shane O'Neill, things couldn't have gone any better in his Championship debut.

Galway manager Shane O'Neill hailed a "superb group of players" in the win over Wexford, but already is concentrating on a Leinster final against Kilkenny #RTEGAA #SundayGame pic.twitter.com/kgiAXxc88a 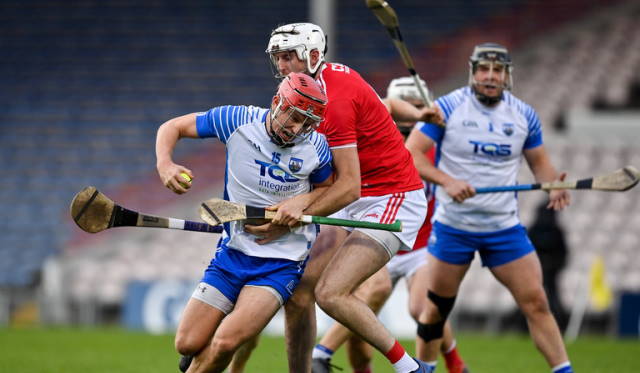 Hurling
1 day ago
By Luke Delaney
How To Watch Galway v Dublin In Leinster Clash
GAA
2 weeks ago
By PJ Browne
Joe Canning Hails Former Galway Teammate's 'Sick' Sideline Cuts
GAA
2 weeks ago
By PJ Browne
Joe Canning Doesn't Mind Brian Cody And Henry Shefflin Iciness
Popular on Balls
Football
4 hours ago
By Eoin Harrington
Juan Mata Questions Manchester United Management After Dire Season
Golf
2 days ago
By Gary Connaughton
Padraig Harrington Glad He Didn't Have To 'Make A Decision' On Saudi Golf League
Football
1 day ago
By Gary Connaughton
The Frank Lampard Love-In After Everton's Survival Was Downright Bizarre
GAA
2 days ago
By PJ Browne
'It Came At An Awkward Time. I Didn't Think It Would Be So Bad'