Davy Fitzgerald Is Unsure Of Inter-County Future After Wexford Exit

What's next for Davy Fitzgerald?

He made a big impact on Wexford hurling after joining the county in 2016, helping them to their first Leinster title in well over a decade a couple of years ago. However, there was a sense that they may have underachieved somewhat over the last two seasons.

He left his role as manager yesterday, citing the time involved travelling from Clare to Wexford as a driving factor.

Speaking on RTÉ Radio's Countrywide earlier today, he revealed that he stepped down despite being asked to stay on for the 2022 season.

I just feel the time was right. I talked to Micheál (Martin, Wexford GAA chairman) and he was actually anxious for me to do another year at least if I could.

In management, you don't get the chance to leave on unreal terms normally. Normally your time is up and they're rushing you out the door. To get five years is probably unheard of, not too many get it.

I'm on good terms with everybody. They're in a good spot, they're really up there competing with any of the top teams.

But it's just time. There's only so much you can do and I found this year particularly tough for a lot of reasons.

Driving from Clare to Wexford, you're looking at 2 hours 45 to three hours and you're doing that three of four days a week. Maybe you'll leave home at 1pm and get back at 1am. It's a long day.

It remains to be seen where he ends up next.

There are likely to be a few inter-county coaching vacancies at the end of the season, although how many of them would be interested in the Clare man is unknown. What gigs interest him could be an even bigger factor.

Fitzgerald said that he is unsure if he will be part of an inter-county setup in 2022, meaning it could be the first time in over 30 years he has not been involved at that level.

Will I be involved with a county senior team? I don't know is the answer.

31 and a half years - in 1989 I came on the (Clare) senior panel and I've been involved with a senior panel every year since.

I was down training our U17s (Sixmilebridge) last night and enjoyed that immensely. And I'm involved with the senior team so I'm sure I'll be kept going in some way.

I don't know what's out there. I'll just take a small bit of time and see. An opportunity might present itself, it might not.

It will be interesting to see if anything comes up over the next few months. 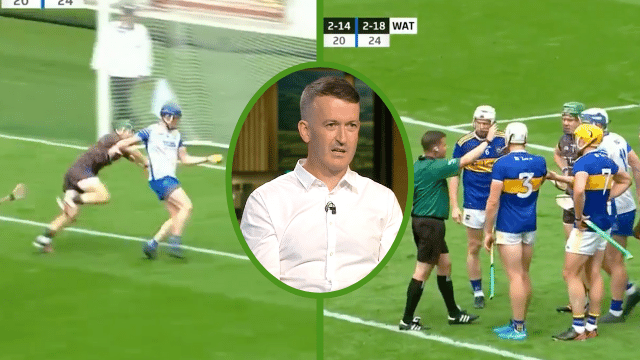