It's the one thing Limerick fans would take back from this year's All-Ireland Senior Hurling Championship Semi-Final.

Despite a dominant performance from The Treaty against Waterford, one incident overshadowed their Liam McCarthy run.

Corner forward Peter Casey was instrumental in a number of Limerick scores and looks set to miss the All-Ireland Final after being sent off.

The Na Piarsaigh clubman appeared to headbutt Waterford's Austin Gleeson with ten minutes to go in the game.

The referee, who didn't see the incident first-hand, consulted with his umpires and linesmen, and decided it was a red card offense.

What was Peter Casey thinking. 10 mins left and 10 points up 😱😱#LimerickVsWaterford

After the game, the RTÉ pundits were quick to recall the sending off, with Ursula Jacob giving an overview of it all.

"Himself and Gleeson are tangled up between each other," she said. "It was the umpire and the linesmen who advised it to the ref."

Dónal Óg Cusack felt little sympathy for Casey. "You're asking for trouble, simple as that" he said. "Limerick are playing the game on the edge."

"They're also unnecessarily asking for trouble and it looks there as if it was. It's well signposted," he added.

Henry Shefflin discussed the incident from the umpires and linesmen point of view. "He did actually move his head forward," Shefflin said.

"So unfortunately that's the situation. He reacted and once you do that, as Dónal said, you're putting yourself into trouble."

Rules are the rules regardless of whether the next game is an All Ireland Final or not. Despite the two weeks to come of media campaigns & an appeal to get Peter Casey off for the final the fact of the matter is the red card was the correct decision. #GAA

Jacob added, "He'll be a big loss for the final too, because he was integral to so many of the scores today."

After the match, RTÉ interviewed Limerick manager John Kiely who was asked for his opinion on the Casey sending off.

"I haven't seen it, but I'm looking forward to seeing it," Kiely said. "It just seems completely out of character for Peter."

"That wouldn't be in his makeup as a player at all," he said. Asked if they would send an appeal in to his imminent ban, he said, "depends on what we see."

Nonetheless, it'll be an interesting few days to see what transpires, and if Limerick can retain a key player for the All-Ireland final. 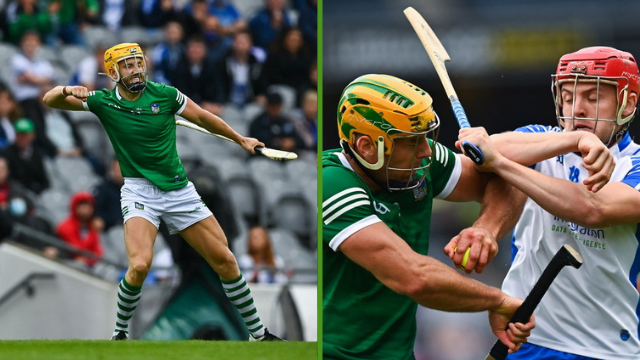