Dublin Had Revenge On Their Minds Against Laois

Dublin eased past Laois into the semi-finals of the Leinster Hurling Championship with a 14-point victory at Croke Park. Mattie Kenny's side will play Kilkenny in the last-four game next weekend.

For Dublin, Saturday night was retribution for the defeat which Laois inflicted on them last year. Three weeks after knocking Galway out of championship, Dublin were themselves stunned by Laois in a preliminary quarter-final.

"We came out with that in the back of our minds, we wanted a bit of revenge for last year, we didn't really do ourselves justice," Man of the Match Donal Burke told Sky Sports.

"We're happy enough to get the performance, it's been a long time coming. We started off last November, it's a long enough pre-season. We're happy to get out, we struggled to get a few friendlies the last few weeks.

"We had a lull there in the second half when we left them back into it. I think we were 11 up at half-time and they brought it back to six or something. We'll have to look at that.

"We haven't really talked about Kilkenny, we just set ourselves for this game. I'm sure from tomorrow on, we'll get our heads right for next week."

Dublin hit 2-31 in all with Laois putting 0-23 on the scoreboard in reply.

"Obviously, we were a little bit rusty. It was a very open game of hurling. Maybe that's a sign of things to come this year."

Watch: RTÉ And Sky Sports Have Outdone Themselves Their Incredible Championship Promo Videos 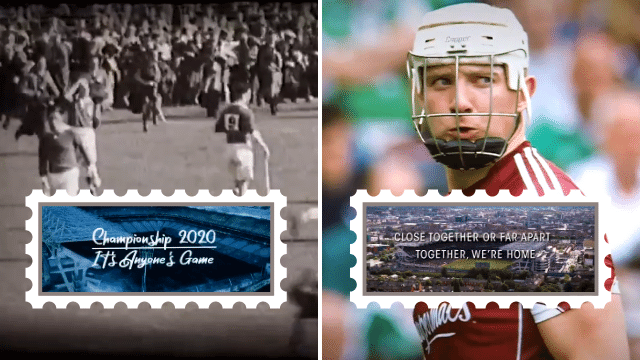