Donal O'Grady's thoughts on the need to punish cynical fouling in hurling have changed since he retired.

O'Grady, who called time on his inter-county career in 2016, is now part of the Limerick backroom team. He joined John Kiely's setup last September as a replacement for Brian Geary.

O'Grady himself was responsible for a notorious trip during the 2014 All-Ireland semi-final as Kilkenny's Richie Power raced through on goal.

"I had to do the same thing that day," he said during Limerick's pre All-Ireland final press night last week.

"The match would have been over. It was actually a miracle he didn’t meet the ball head on anyway... whenever I got back. I actually ran around the goals, James McGrath came in to the umpire and I ran around the goals and tried to hide from him because I knew I was gone because I had the yellow just got about five minutes before it."

Kilkenny were ahead by a point at the time with five minutes left on the clock. Somehow, McGrath did not deem the foul worthy of a second yellow card.

As recently as February, a motion to introduce the black card to hurling saw 82 per cent vote against it at congress. O'Grady thought five years ago that a disciplinary measure was not required but now feels that a punishment - like 10 minutes in the sin bin for a cynical foul in football - needs to be imported to hurling.

"The black card is a funny one," said O'Grady.

"I’ve seen some real cynical fouling this year. It’s been mixed, one standing out for me would be Huw Lawlor’s one. There’s been a lot.

"Like the black card is probably... I think it would affect a hurling team more than a football team, if that makes sense. Taking a full-back out of a hurling team is a real, real hole to leave. It’s a tough place to play as it is.

"Whether it’s 10 minutes in a sin bin or something I’d possibly be leaning towards [that] but something will have to be done.

"I think something will have to be done because it’s too easy, in a one-on-one situation you can bring someone down now and the punishment... the reward for the attacker is a point whereas there was probably a 90/95% chance of a goal." 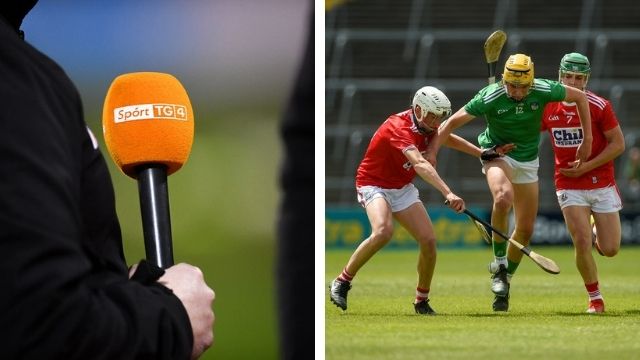