Book The Couch: 7 Live Games Across Hurling And Football Championships

There are seven live games to catch this weekend between the hurling and football championships.

The televised action gets underway on Saturday afternoon with the big hurling game of the weekend: Galway against Tipperary in the All-Ireland quarter-final. That is live on RTÉ. The second quarter-final, between Waterford and Clare, is live on Sky Sports Mix later in the day.

On Saturday evening, RTÉ has live coverage from Croke Park as Dublin take on Meath in the Leinster football final.

Sunday sees the playing of both the Christy Ring and Nicky Rackard Cup finals. Down play Kildare in the former and Donegal face Mayo in the latter. Both games are being streamed live by TG4 on their YouTube Channel.

There are two big football games on Sunday as well with the Munster football final between Cork and Tipperary and then the Ulster football final which sees Cavan play Donegal. Both games are live on RTÉ with the latter also being shown on BBC Northern Ireland.

GAA on TV this weekend

Watch: A Canadian Cameraman Had Real Trouble Filming A Hurling Match In 1990 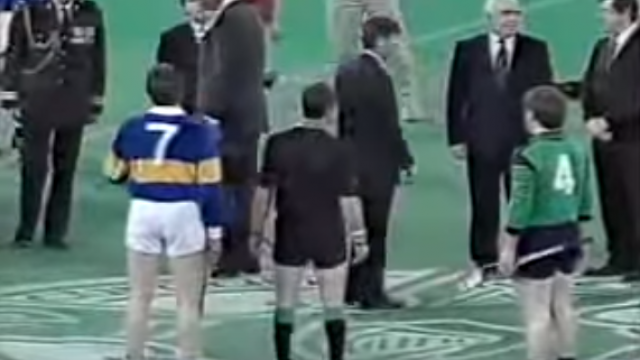