Limerick retained their Munster title with a four-point victory over Waterford at Semple Stadium on Sunday. It's the first time Limerick have won back-to-back Munster Championships since 1981.

However, on RTÉ following the game, the main talking point was the performance of Waterford. Three points down at the break, Waterford battled back to lead by a point at one stage. Limerick's substitutes - Seamus Flanagan in particular - proved to be the difference as they won 0-25 to 0-21.

"It was very attritional, so physical in that middle third," said Jackie Tyrrell after the game.

"Waterford have arrived on the hurling scene as regards being a real force.

"They're well-drilled and hugely, hugely physical and energetic. Walking away, a lot of people will be thinking that this was a better day for Waterford.

"Let's not take away from Limerick, back to back Munster titles. Since 2018, they've more or less taken over the hurling world outside of the All-Ireland last year. There were a lot of questions asked today and they had answers all over the field. It's a great day to be a Limerick supporter.

"Jake Dillon literally fell off after 60 minutes. He was out on his legs.

"We haven't seen this from Waterford before. This is the big difference with this Waterford team. They were always able to hurl.

"Tadhg de Burca, today he was possibly the best man on the field from a Waterford point of view. He was everywhere."

Waterford will play in the All-Ireland quarter-finals next weekend with the draw for those games taking place on Radio 1 on Monday morning. Galway and Waterford will be in bowl one for the draw with Clare and Tipperary in the other.

"This will put every other team in the country looking at Limerick and how you can get at them," said Anthony Daly after Sunday's game.

"Waterford definitely upset them for long periods of the game." 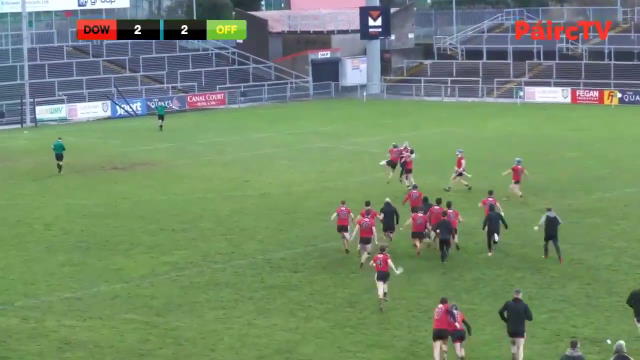