Following the final whistle of Limerick and Clare's Munster Hurling Championship quarter-final on Sunday, there was the strange sight of Declan Hannon lifting a cup.

The Limerick captain lifted silverware as the game doubled as the Division 1 final for the Covid-19 halted National League.

"To be honest with you, we didn't put any focus on it being the league final," Limerick manager John Kiely told RTÉ.

"It being the first round of the championship, that's where our focus was. Once it's over, you do turn your attention to that. For us, having spent nine years languishing in Division 1B, we know the value of the league and we've always put a huge emphasis on it over the last four years. For us to win back to back titles is a huge achievement for the group and is hopefully something we can build on."

Sunday's game had been level at the break and, after Limerick made a fast start to the second half, Clare had reeled in their opponents once again. However, Limerick eased to a 10-point win in the final quarter as they put 0-36 on the scoreboard to Clare's 1-23.

"It's good scoring. We didn't leave too many behind and the accuracy was good," said Kiely.

"We were doing poorly on breaking ball and there were a lot of areas we needed to address at half-time. To be fair to the lads, they responded really quickly early on, took a hold of the game early on in the second half and pushed on from there."

"We have loads of things we need to improve on for next week.," said Kiely.

"It's a quick turnaround for us, seven days to Tipperary in Cork next weekend, another massive challenge for us. There's fors and againsts. You'd like a little bit more recovery time." 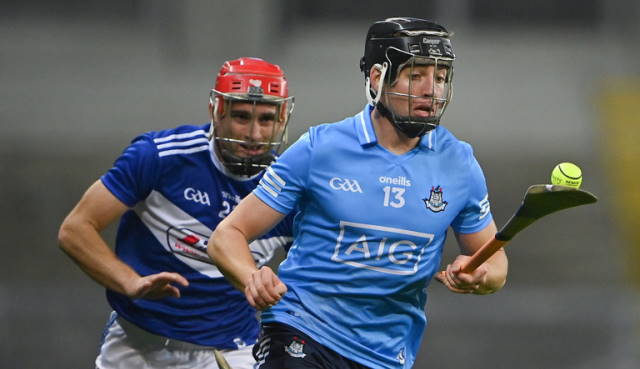