Waterford are through to the All-Ireland hurling final, turning in a remarkable second half display to overcome Kilkenny on a scoreline of 2-27 to 2-23.

Having trailed by nine points at one stage, they put in a ridiculous shift in the second half to knock Brian Cody's men out of the championship.

Many commentators fancied Waterford to pull off a shock at Croke Park this evening, but Kilkenny were the team to burst out of the gates early on.

They raised a green flag just after the ten minute mark, with Martin Keoghan reacting quickest to the rebound from Richie Hogan's shot.

.@KilkennyCLG's Martin Keoghan gets the first GOAL of the All-Ireland Hurling Semi-Final! pic.twitter.com/888SXTT9yl

Their second goal was vintage Kilkenny.

The long ball was delivered into the Waterford 21', with TJ Reid perfectly timing his run to gather the breaking ball. Once he was bearing down on goal, there was never any chance that he was going to miss.

Fantastic finish in the back of the net from @KilkennyCLG's TJ Reid! pic.twitter.com/kCJ3ka9ADs

Is there anyone better under a dropping ball than TJ Reid?

Some things never change. TJ Reid is still as good as ever. His work rate around pitch has been phenomenal, still as classy as ever with ball on the hurley, and he has been the difference between the sides.

Jackie Tyrell said at halftime that on current form there aren't many defenders in the country that could cope with TJ Reid, an opinion that is difficult to argue with.

In all, Reid would end the first half with a personal tally of 1-7 as Kilkenny took a seven-point lead into the interval.

The beginning of the second half was a very different story.

Stephen Bennett would find the back of the net with a brilliantly taken strike, giving the Deise the perfect platform to mount the comeback.

Jack Fagan and Stephen Bennett work excellently together to get @WaterfordGAA's first goal of the All-Ireland Semi-Final! pic.twitter.com/H2sAYS0iZh

All of a sudden, it was very much game on.

Waterford had all the momentum at this stage, continually chipping away at what was once a sizeable Kilkenny lead.

When Austin Gleeson nailed a monster point from the sideline around the 50 minute mark, the two sides were level. Having been nine points down at one stage, Waterford had clawed themselves back into the game.

They would find themselves two points up before the water break, and while that delay would halt their momentum slightly, they managed to keep their noses in front.

Some brilliant frees from TJ Reid kept Kilkenny within touching distance, but a huge moment came just before the hour mark.

Darragh Lyons was the man with the telling contribution, burying this goal chance after being played through with a brilliant piece of play from Jack Fagan.

Great play by @WaterfordGAA's Jack Fagan with another excellent catch finished in a superb GOAL from Darragh Lyons! pic.twitter.com/8cQXqiXdnh

This would prove to be the difference between the sides.

They continued to trade scores in the closing stages, but Kilkenny never got within closer than a couple of points. In the end, two stunning scores from Tadhg de Búrca and Austin Gleeson in injury time made sure of the victory.

Waterford will now play in a first All-Ireland final since 2017, with Limerick or Galway standing between them and a first Liam MacCarthy since 1959.

While they will likely enter that game as underdogs, you certainly wouldn't bet against them based on today's second half display.

SEE ALSO: GAA Mulling Over Decision To Play Club Before Inter-County In 2021 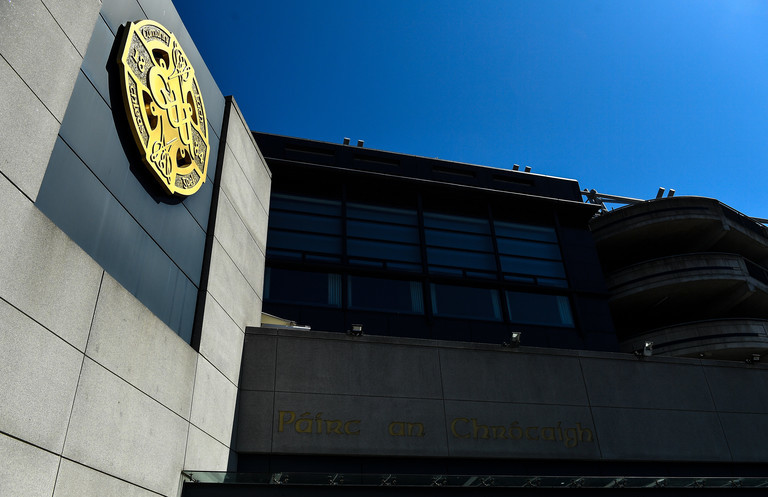