Limerick won the All-Ireland final today beating Waterford by 0-30 to 0-19 and did so with a ruthlessness not seen on All-Ireland final day since Cody's Kilkenny were in their pomp.  In 2018, Limerick lifting Liam spawned an ecstatic release of emotion. Today was clinical and ferocious.

It's like this Limerick team were designed in a lab. They are the biggest team to ever hurl, but they play with delicate skill and tactical nous bred into them by Paul Kinnerk. They have the best goalie in the country and ferocious defenders like Sean Finn and their forwards regularly shoot the lights out. They have one of the country's best sports psychologists guiding them and one of the wealthiest men in the country backing them.

How do you defend against that? 😂pic.twitter.com/CcsY0XBnfl

They have a manager in John Kiely who is grounded, measured and level-headed. His pleas to Limerick supporters to celebrate this win responsibly speak to his sizeable leadership qualities.

John Kiely dedicates Limerick's victory to the county's people and says they will have a proper celebration in 2021. pic.twitter.com/b3Cm0foLQi

Limerick have just done what no county since 1961 has done and finish the calendar year undefeated. They won the McGrath Cup, finished the League unbeaten and cantered to a December All-Ireland win. They're the second team ever to score 30 points in an All-Ireland final.

Limerick vs other teams pic.twitter.com/ZcEfCF1OmH

They are close to unbeatable because they have been playing together for so long. The core of this team were involved in the 2015 All-Ireland U21 win, but as Géaroid Hegarty acknowledged in his Man of the Match interview, the connections between these players go even deeper. They've been winning silverware together since 2012 and  the All-Ireland U16 trophy, when they beat Galway by 21 points.

As manager Joe Quaid told the Examiner this week:

'We knew at U14 that they were really special. Cian was already outrageously talented but there were brilliant players everywhere. Aaron Gillane was only on the B squad. Seán Finn spent a couple of years with the B squad too.'

A slow start against Kilkenny cost them in last year's All-Ireland semifinal but they have been close to perfect across the longest hurling season ever. They finished the league with a point differential of +25. Today Limerick won the All-Ireland final by 11 points. It's hard to know how teams should evolve to counteract them: get bigger and they will outhurl you. Try to outplay them and you'll run into a brick wall.

Most depressingly, for the rest of the country, their average of their starting 15 tonight was just 25 and a half.

With all due credit to the likes of Waterford, Tipp and Galway, only Limerick can stop themselves from dominating hurling overi the next five years. They have been winning for years now. It's hard to know why they'd suddenly decide to stop.

SEE ALSO: Declan Hannon Pays Tribute To Those Who Suffered In 2020 In All-Ireland Speech 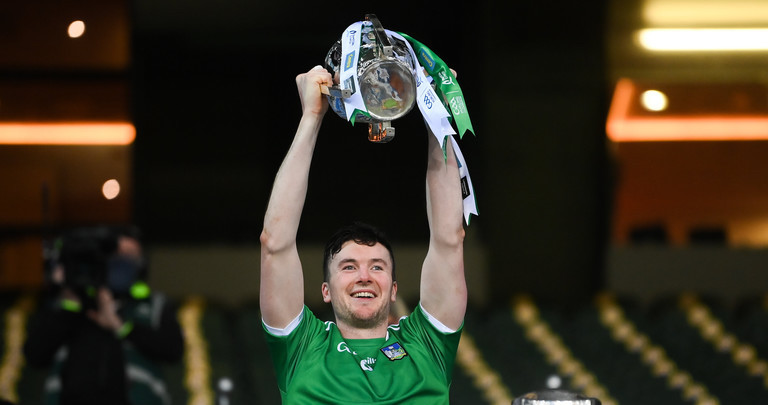