The Remarkable Players' Transformation At The Heart Of Limerick's Success

In the 1990s, Clare toiled on the infamous 'hill in Shannon' for prolonged winter endurance sessions. Then they'd head into Ennis and the Sherwood Inn for ice-cream and cans of Fanta.

By 2000, Ger Loughnane had them doing a sum total of 30 training sessions in the six-week run-up to their Munster championship opener against Tipperary. An amusing- but detrimental- idea. They were running on empty in Páirc Uí Chaoimh and lost by nine points.

A worthwhile endeavour clouded by misinformation. The continuous struggle to find a balance.

As the decade stretched on, teams starting moving towards a smarter approach. It started, as it often does, with Dublin.

When Pillar Caffrey took over as manager of their footballers in November 2004, he quickly brought the entire panel to the sports science department of Dublin City University where Prof Niall Moyna and Dr Kieran Moran built a blueprint; game-specific workouts, the days of ad-hoc weight-lifting replaced by strategic strength and conditioning. 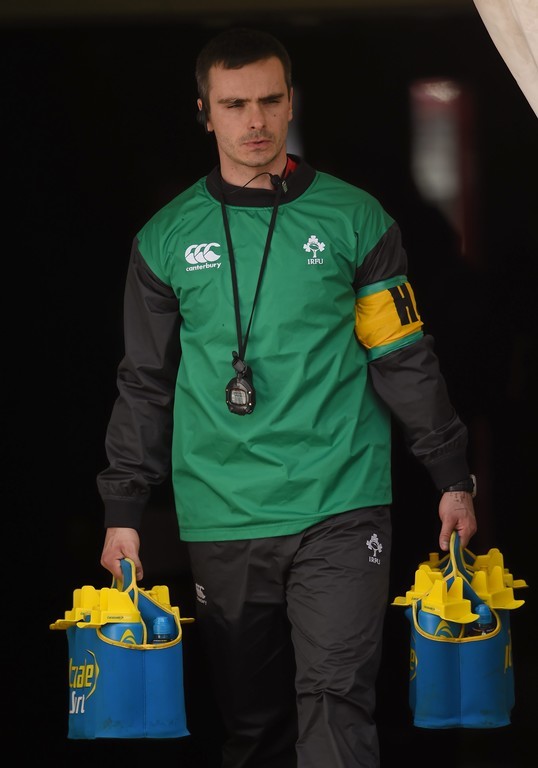 A man who has come in for widespread praise in recent times is strength and conditioning coach Lukasz Kirszenstein. He has worked with the Irish women's rugby team and the Munster rugby academy, as well as a host of hurling All-Ireland winners. Tipperary in '16, Galway in '17, two hugely physical teams with the Polish trainer's fingerprints all over them.

It'll come as no surprise that before both jobs, he worked with the Limerick U21s.

It was a striking aspect of their Liam McCarthy glory in 2018, Limerick's delicate balance between steel and skill. That style was the fruit of work begun in 2010 with Limerick's development programme. Ten of the fifteen starters that overcame Galway that August day progressed through that pathway.

Because of it, they are well ahead of most in terms of strength and conditioning development, as Michael Fennelly declared last year. But it's their marriage of physical and technical training that has resulted in such success.

In 2012, Seán Finn, Cian Lynch and Aaron Gillane won a U16 All-Ireland with said programme. Over the next six years, they'd develop as players and as athletes, thanks to a sophisticated scheme designed to create the archetypal inter-county hurler. 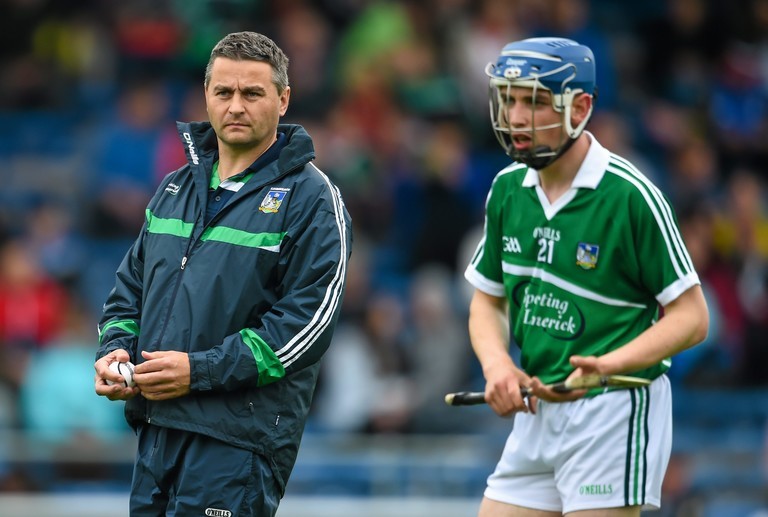 Seanie Tobin saw this progression up close. The former Limerick hurler won a Munster title in 2013 and played alongside the bulk of this current crop right up until 2016.

A remarkable transformation took place before his eyes. 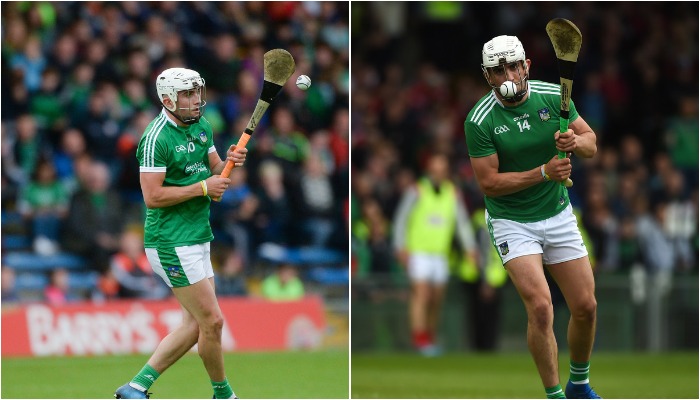 "Take Aaron Gillane for example," Tobin tells Balls.ie. "When Aaron was younger he was always a nice hurler but not to the extent he is now."

When he was 18, 19 he blossomed and got big and strong. The skill came with it. What happens is this; he is already a tall man, 6’2 or so. When he put on some bulk with all that, he got an extra half yard of pace. So now his touch looks easier because he has an extra second to get it. It is both aspects together.

Obviously, in training it is very physical but there’s skill work in that too. They all do their own hurling drills as well. In matches and training, it is all coming together. Physicality, creating space, getting good ball in which they obviously work on as well. Once the ball is in they have an extra yard of space because of their physicality. It’s often one-touch, turn, over the bar.

They’re a great bunch and the main thing is they enjoy it. The love is always there. Training is hard and very physical, all game-related to keep it going. The last thing you want is to go training and to be told to put down the hurley. Fellas are playing hurling, getting belts and out of breath. It’s a positive atmosphere.

Limerick's current S&C co-ordinator is Joe O'Connor and he forms a formidable partnership with coach Paul Kinnerk. Kinnerk was an integral part of Clare's three-in-a-row All-Ireland U-21-winning sides as well as their senior success in 2013. Alongside him was O'Connor, a lecturer in exercise physiology and performance nutrition at Institute of Technology, Tralee. 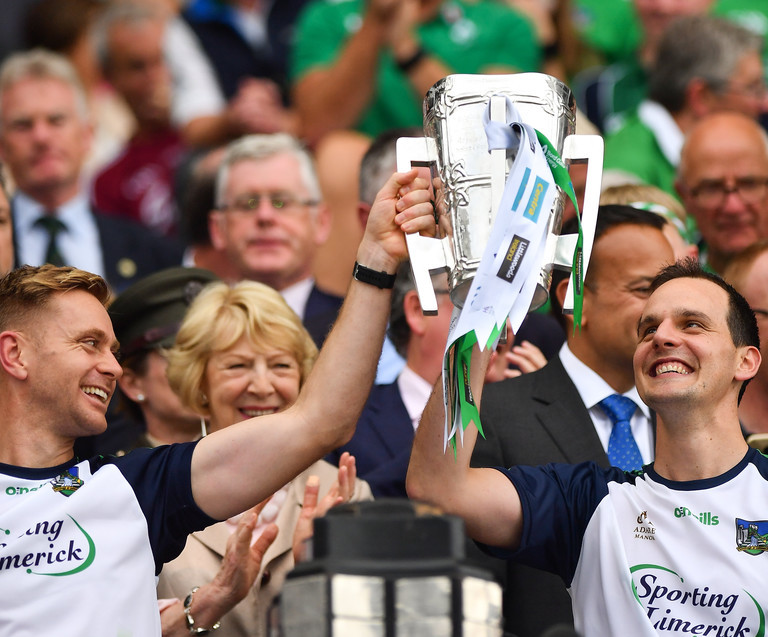 Kinnerk the innovator, O'Connor the guru. A major coup for John Kiely when he poached them from Clare.

Tobin sees a perfect marriage in the backroom team and on the field.

"Limerick have a blueprint and follow it. Look at how they play, pure work and doggedness is number one. Everything else falls in after that, but work rate is at the top."

The tidal-wave of sports science came gushing over the GAA to totally revolutionise counties' preparation. The speed of it all shocked Tobin. He's quick to credit one county for causing it. 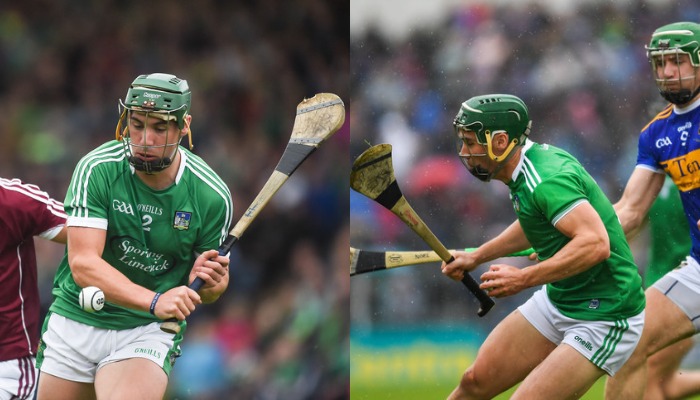 If Dublin's 2004 plan instigated the copycat reaction, Clare's championship success in 2013 propelled it.

"My brother hurled with Limerick before me. They had tough gym sessions two or three nights a week but definitely, since I started in 2011 until 2016 when I left, it all changed. We had Jerry Wallace and Donal O’Grady. They both won All-Irelands with Cork as physical trainer and manager.

"They brought a good bit of professionalism to us, it introduced us to a new age. It was slowly evolving at that stage.

They were very, very physical. Savages. They brought it with a lot of training and physicality, they had Joe O’Connor and Paul Kinnerk with them. That was the turning point. Those Clare lads were seriously, seriously trained in 2013.

They were a hugely physical team and weren’t that dissimilar to Limerick last year. Look at their work-rate, their movement. I’d possibly think Limerick are a bit more classy with possession but 2013 set the tone.

For Clare, that fire ultimately blazed too bright and they struggled to kick on. Yet Tobin has no fears of burnout with this team because their roots are well-established now: "They came through an academy system with good hurling and tough training."

"They grew up with this process. Once Paul and Joe are there now, they make sure they are not overtrained either. They’ve rest periods managed to not be over-worked.

The tough training and ice cream remain, according to the recently retired Shane Dowling who last year explained occasionally John Kiely would organise for an ice cream van to come to the Gaelic Grounds after Limerick training.

But the division of strength work, skills and smarts has this crop in a good place coming into the Munster final. Limerick's success has been built on key combinations in their approach and execution, both the understanding of what is required and the ability to execute it.

In a word, balance. 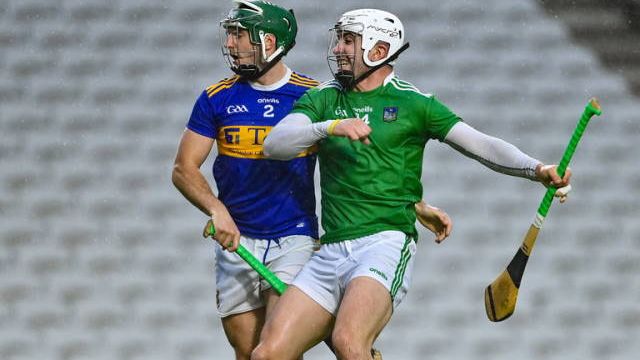