Limerick are on course for a repeat All-Ireland Senior Hurling Championship, as they cruised past Waterford in a physical semi-final win.

While the score line might not have reflected the on-field battle, Limerick will now find themselves as firm favourites to lift the Liam McCarthy Cup for a third time in four years.

Many pre-game had cited Waterford's marathon three weeks; as this was their fourth game in 21 days. You couldn't question their work rate, but maybe it was too much too soon against a team of Limerick's caliber.

The game started fast as Limerick came out of the blocks. Two points inside the first two minutes set the pace for the 70 minutes ahead.

It was clear Waterford had put an emphasis on piling the pressure onto the Limerick attack early on. They gave little room to some of The Treaty's build-up play.

Kieran Bennett had the pick of the scores early on, with a mammoth puck from well inside his own Waterford half going straight over the bar.

What a score from Kieran Bennett to get @WaterfordGAA's first score of the All Ireland Senior Hurling Championship Semi-Final v @LimerickCLG #GAANOW pic.twitter.com/92GJb6SIVV

The first half was physical and the individual battles and incidents were a testament to that. Waterford's Jamie Barron was lucky to avoid a card after a punch glanced Gearóid Hegarty's stomach.

Cian Lynch was the first in the books for Limerick as his straight arm hook ended up in a yellow card. The tone was well and truly set.

Despite Waterford's early pressure, they couldn't translate their work rate into scores. After the water break, Limerick started to turn on the style.

Aaron Gillane was unlucky not to convert from a fine run through Waterford's defense. Despite being 1-on-1 with Shaun O'Brien, he put the sliotar wide.

A minute later, Séamus Flanagan won a fine ball in the Limerick full-forward line and managed to turn and knock it over the bar.

Two from Cian Lynch and a third from Flanagan added to Limerick's total, as they opened the gap to seven at half-time.

A fighting effort from Waterford not enough

As the second half started, Limerick's fine form continued. Two points in the minutes after the whistle saw them earn a sizeable nine point gap.

Limerick stretched their lead to ten points as Séamus Flanagan fired again. It was soon followed by a Stephen Bennett pair that left some hope for Waterford.

Waterford were defiant in staying in the game as the second-half progressed. A big score from Calum Lyons and lovely scoop and run from Dessie Hutchinson attempted to keep them in it.

Then came the killer blow. In the 54th minute, Gearóid Hegarty, who had been in fine form with his distribution, hand-passed to a tearing Aaron Gillane to rocket the ball into The Deise net.

It was difficult for Waterford from that point on, as Limerick's nine point lead seemed further and further away.

A few minutes later, Limerick's Peter Casey saw red for a headbutt on the field. He'll be a loss for The Treaty in the All-Ireland final.

Nicky Quaid denied Jamie Barron a goal scoring opportunity with less than ten minutes to go. Limerick showing their class on both ends.

As the game drew to a close, Limerick left Waterford with a mountain to climb despite putting in a fighting effort. Full-time 1-25 to 0-17.

See Also: Shane McGrath Explains What Happens In Legendary Inter-County 'A vs B' Games 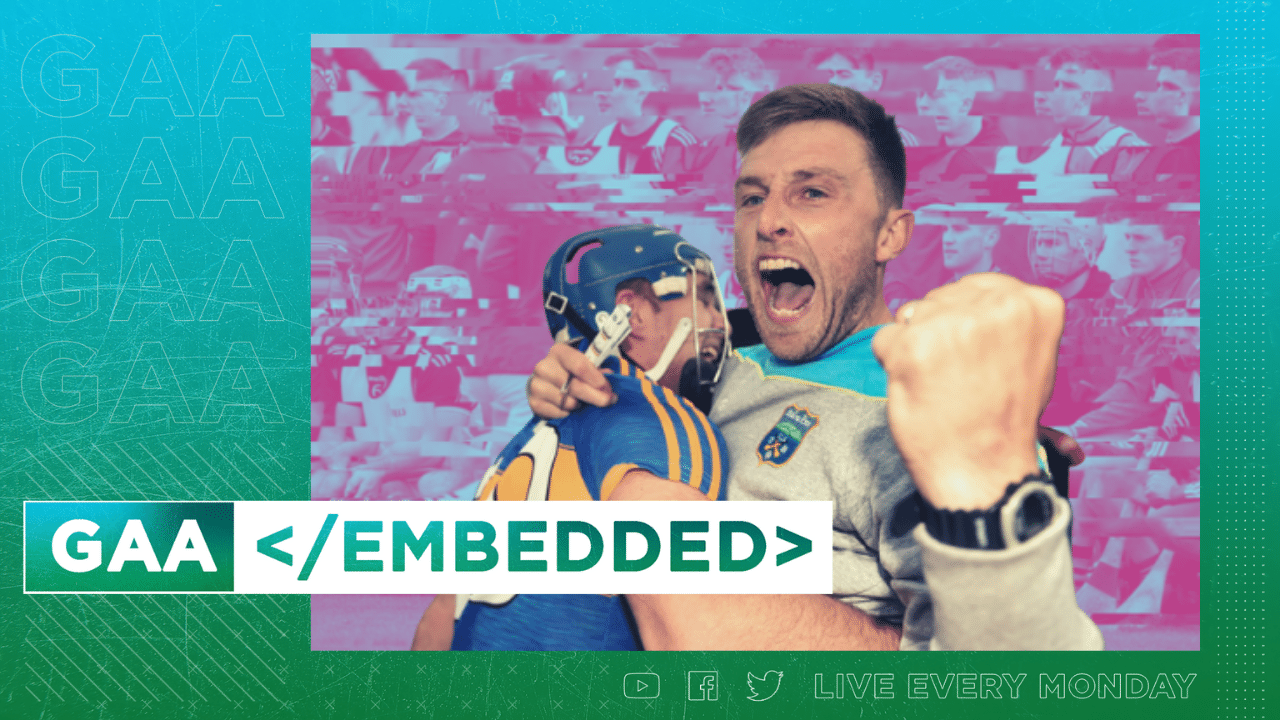