The Army Corporal Who Helped Waterford Get Up To Speed

As Waterford's selection committee mulled over who would be the man to succeed Paraic Fanning as senior manager, much of the speculation focused on the makeup of each candidate's backroom teams.

Peter Quelly was reported to have assembled a ticket that included Dan Shanahan and former Cork manager Denis Walsh. Tipperary native Liam Cahill was bringing renowned coach Mikey Bevans and strength and conditioning expert Tommy Ryan to the table. Both worked alongside him with victorious underage sides.

It was a sign of the times. The cult of the manager has been replaced by masters of delegation. It takes a village to build an empire.

Cahill got the nod and brought his band with him. Before he arrived in Waterford, he made one important addition. Offaly native and sprint coach Martin Bennett joined the fold. 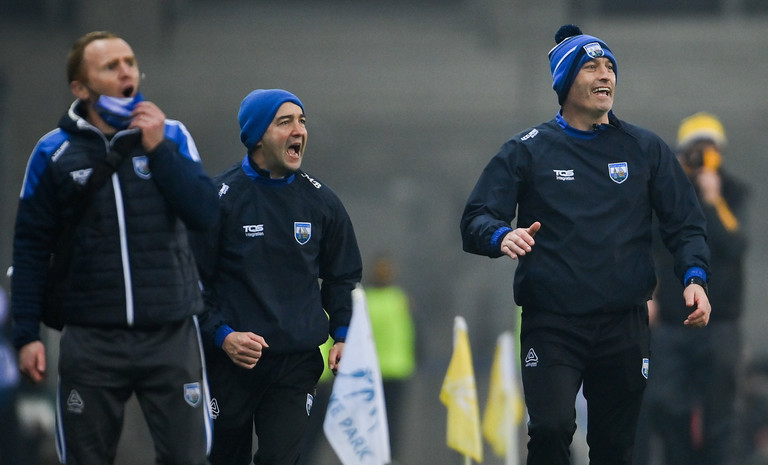 Bennett's name is well-known on the intercounty circuit. In recent years he has cultivated an impressive reputation thanks to the stream of clients who hail his work.

His philosophy is that sprinting is not an inherited talent but a skill. Often 'naturally slow' athletes are just athletes who don't know how to run effectively. By breaking down their mechanics and developing proper habits, players can become more efficient and faster.

The association between athletics and the GAA has grown stronger in recent years. 2019 All-Ireland champions Tipperary benefited from their work with Shane McCormack. He is also Irish sprinter Phil Healy's coach.

Limerick have the much-heralded Joe O'Connor. He was once regional development officer with Athletics Ireland and is now an exercise physiology lecturer at IT Tralee.

Bennett is an army corporal and talented amateur boxer. In an interview with the Irish Times last year, he explained how GAA players are naturally primed to benefit from sprinting lessons.

"The shape and that condition of these GAA players. I don’t think they should be slow – the muscle is there in all of them, the athleticism is there, the leanness is there and I think it’s all just trapped by bad mechanics," he said. 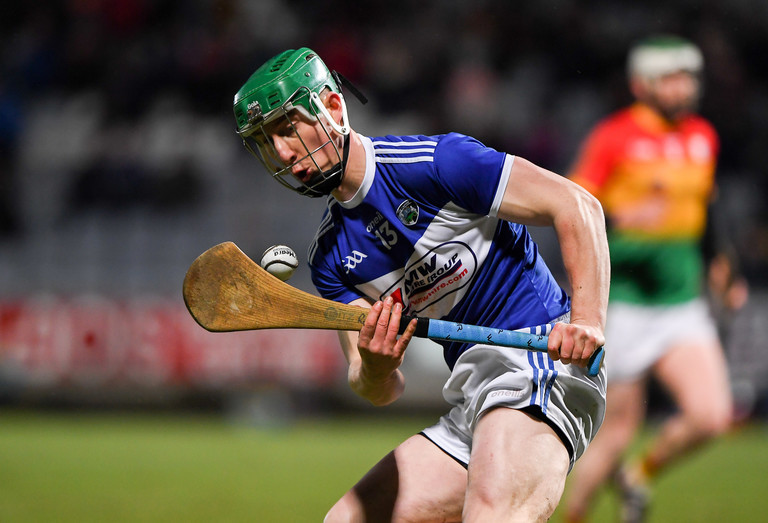 Having come across the sprint coach on Instagram, two years ago Laois hurler Ross King reached out and arranged a session. Along with Limerick underage hurler Jason Gillane, younger brother of Aaron, he met Bennett at the UL indoor sprint track.

"First, he goes through simple running mechanics and observes your technique. Then he brings you back and tweaks it, sends you off to do the drills again," King tells Balls.ie.

"He also records you on his phone and slows it down and talks you through where improvements can be made so it is a constant learning process.

He has the infrared gates that time your runs and again he would send you running 60 metres as quick as possible. Then he’ll bring you back and go through the slow-mo on the phone or simply by his eye and show you areas of strength and improvement.

This is all in great spirit and manner. It is very professional but he had his own unique twist.

The physical benefits are obvious. But what surprised King most is how beneficial working with Bennett was for the mental side of it all.

"I'll tell you the truth about Martin," says King. "Martin is a gift. And I mean that.

"A ball of energy and positivity. I loved the journeys up and down with him. That’s where you learn about the man and that is when I realised I am very lucky to be working with him because he was going to be picked up eventually.

"He wanted nothing from us but to make a friend and learn off us to improve his own skillset.

"He’s huge into psychology and taught me loads around mindset. He actually introduced me to a man I still listen to today, Gerry Hussey. His outlook on life is unique and I’d imagine the Waterford boys are eating out of his palm. He would’ve pushed them hard, to a breaking point. That creates a bond and spirit.

"He loves good atmospheres and getting to know the person behind the athlete. They’re the traits of the best coaches I’ve worked with and Martin is a man I would have at the top table for sure. I was jealous to see him go to Waterford but I'm happy for him, he has them flying it."

The modern game is fixated on relentless forages for an extra 1%. For King, speed is no longer a preference but a necessity. Individually and collectively, it defines this Waterford team.

"Most hurling today is more possession-based, with support runners and guys needing to break the lines so the speed is huge. And even if your team doesn’t play that system they’ll have to defend it."

This well-worked score from their semi-final win is a perfect example.

In the second half, Eoin Murphy launches the ball long.

Shane McNulty claims it deep in his own half. Waterford can now launch an attack.

Every time a Waterford player gets on the ball, he has at least one option off the shoulder. Tadhg de Búrca sprints forward to receive a pass.

He carries to the halfway line. Again there are at least two options. He can play it off the shoulder or pass it to Jack Prendergast.

Prendergast puts it over for a crucial score. He also had the option of passing off the shoulder once again as Kieran Bennett continues his run and gets away from his man.

Tempo and willingness to work were the makings of Waterford's second-half comeback. This will be a crucial aspect of Sunday's final, as they will know from their Munster Final experience.

That day, Limerick forced turnovers with their aggressive high press but Waterford did not help themselves.

Early in the first half, Shane Fives collects a loose ball and carries forward.

He is put under pressure and handpasses off to Calum Lyons. Lyons is stationery and flatfooted. 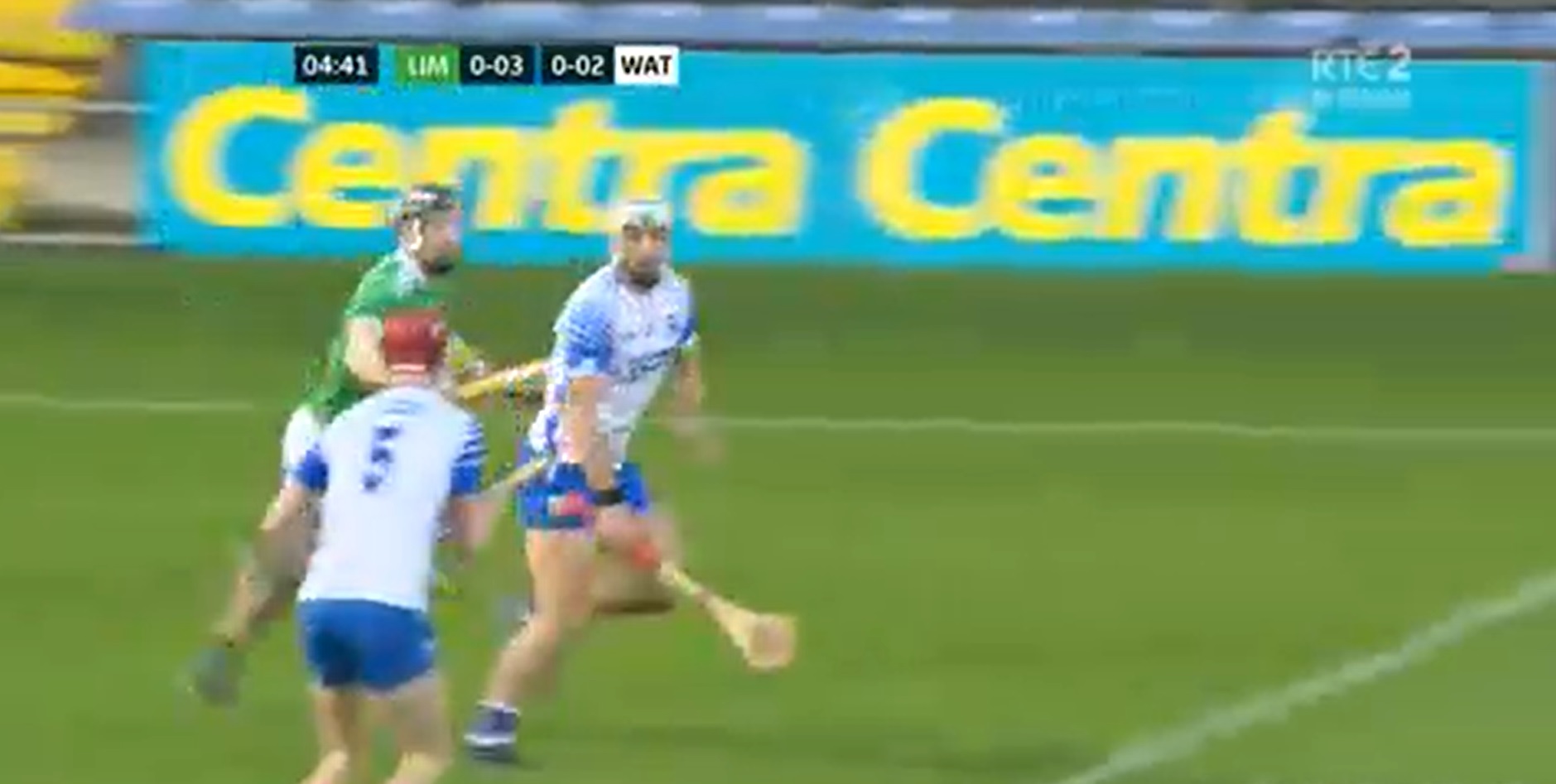 Limerick's half-forward line pounce and pressurise him. Lyons gets the ball away back to Fives but it is a poor pass that does not go to hand.

Limerick continue to hunt and Fives can not lift the ball.

It ends in a ruck and a Limerick sideline.

Cahill's outfit need to work the ball beyond this press and they won't go it standing still. Support runners and a steady supply of quality ball to Jamie Barron are key requirements.

Limerick consistently bring a maniac aggression that ensures Sunday in Croke Park will be helter-skelter. Thanks to Bennett's influence, Waterford are well set to match that pace.

SEE ALSO: Now, What Managers Do On The Sideline Matters More Than Ever