Now, What Managers Do On The Sideline Matters More Than Ever

One of the standout bolts that made up Waterford's storming semi-final comeback against Kilkenny came early in the second half before they had even begun to reduce their seven-point deficit. An Eoin Murphy puckout made its way towards the opposite 45 where Martin Keoghan and Eoin Cody stood waiting.

Looming over them both was Calum Lyons. The 23-year-old soared high to claim the ball and burst away for a now trademark gallop forward. He was rewarded with a free and cacophony of cheers. Due recognition for the sort of little moment that can decide a big occasion. 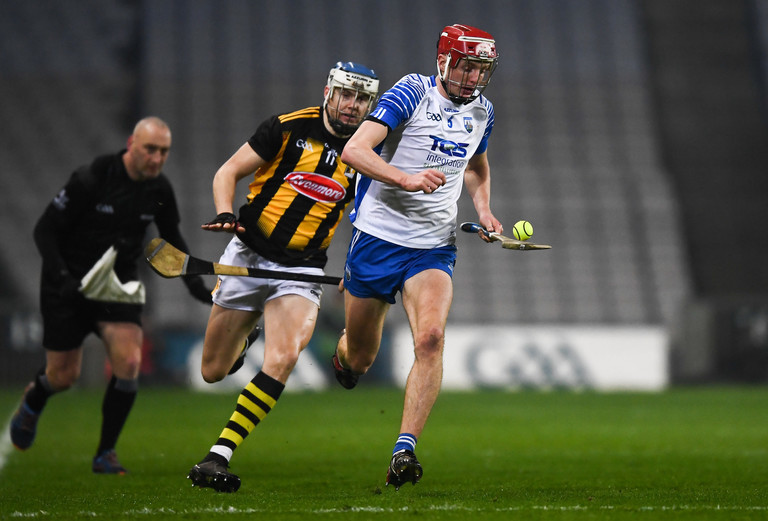 In the absence of crowds, support from the sidelines has never been more necessary. Every sport has struggled to navigate this challenging period and the absence of fans has been a universal concern.

In rugby, Ireland captain James Ryan pointed to this area as an issue after their struggles against Georgia.

"You could hear how vocal they were and we probably went a bit quiet. That’s another lesson that we’ll take," he explained.

“You definitely miss the fans in the stadium massively. It isn’t the same. I’m not going to pretend that it is. You did miss the Irish people for those kinds of moments, those scores that we get.

“It definitely adds a bit. We can’t control that. We’ve spoken about creating our own energy. The Georgians probably did that much better in the second half."

Currently, the precise impact of playing behind closed doors is unquantifiable. This new landscape has generated countless research possibilities but that process is only beginning.

The data we do have indicates there are both positive and negative psychological effects. One area of interest is the theory of emotional contagion. This states that an individual has the ability to, consciously or unconsciously, impact the people around them through verbal and non-verbal cues. Without fans, fewer celebrations can lead to less positivity. 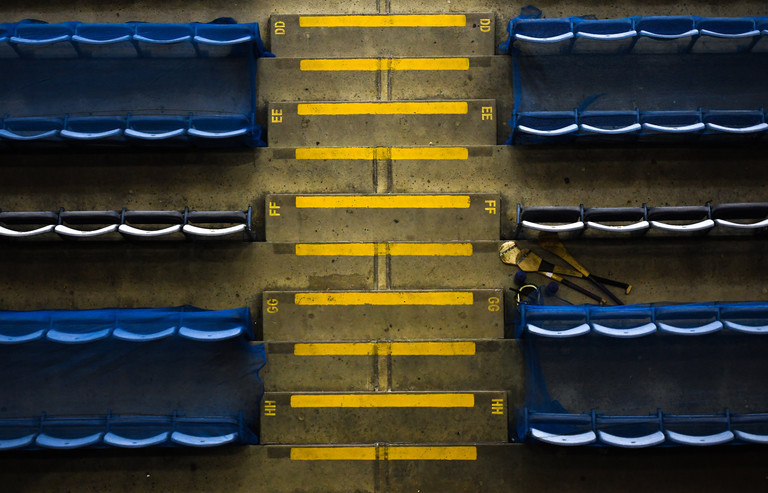 Throughout this championship year, the noise from backroom teams and substitutes has been striking. Such a small group will never compete with the hubbub generated by a full Hogan Stand but that hasn't stopped them trying.

Are teams deliberating making themselves heard or is this their natural response to little wins?

According to former Galway hurler and leading psychology coach Tony Óg Regan, it is both.

"I can see the impact over the last few weeks where a management team notices their team is flat and needs motivation. By providing positive reinforcement you can harness an emotional response in a player."

"You can use it to a positive effect. Teams get momentum after a hit or tackle when it is celebrated.  It can give you that extra sense of a momentum shift in the game.

"Now it is management, coaches, fellow players recognising it. That can give players a gee-up. I can see certain teams are beginning to play on that. Developing and celebrating little wins in a game." 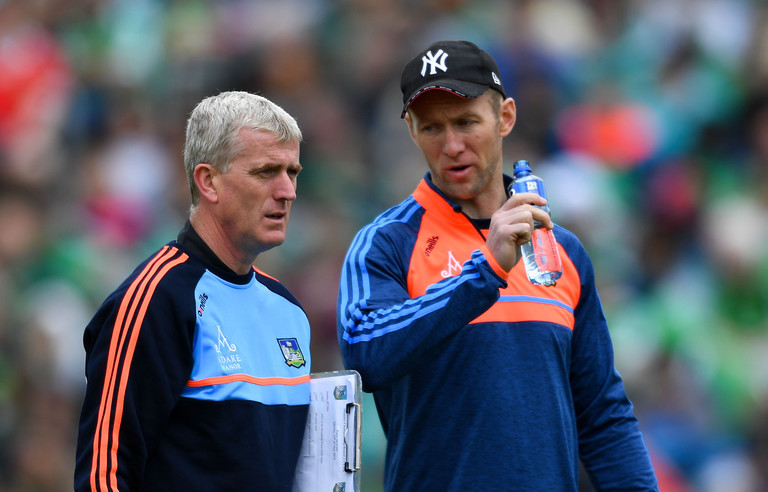 During his playing career with the Tribesmen, a full house ensured direction or celebrations from the sideline went unheard. Everything just blurred to become one backroom noise.

Now every tackle, instruction, strike and roar are perceptible. This is a blessing and a curse. On one hand, teams with devoted followers can no longer benefit from their enormous encouragement.

On the other, players won't be criticised after mistakes or be affected by fans' nerves. Now the only sound is tactical instruction and rallying cries.

Some managers, like Davy Fitzgerald, have admitted to using their sideline antics to influence their team. In his autobiography, the Wexford boss said this was part of his thinking after his infamous pitch invasion against Tipperary in 2017.

"I had to change the energy around this game," he said. "The flare-up did bring my players to life."

Waterford have experience in this regard. In 2019, their former manager Derek McGrath gave a presentation at the National Games Development Conference. At one point, he put up a picture of himself on the sideline during the 2016 Munster Final.

His hands were clasped and his head was bowed; totally beaten.

"The type of leader. Look at the message from me," he said. "The body language. I know you won't be sitting back happy out when you are being hammered out the gate. For me, how you carry yourself is hugely important." 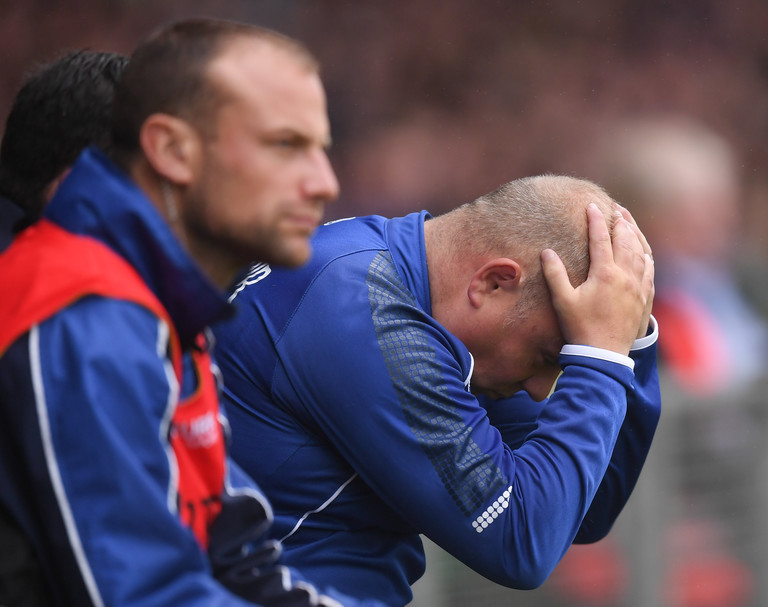 The sideline's messaging is now more important than ever.

Having worked with Limerick last year and Tipperary in 2016, Regan knows all about the pressure's players will face this Sunday. For some, there will be less of a burden as this year has already proven.

"We have seen young players able to settle quicker this year. After mistakes, there isn’t the same reaction from the crowd. There isn’t that pressure on the next ball. If a free-taker misses one, it is not emphasised in the same way and he can move onto the next one." 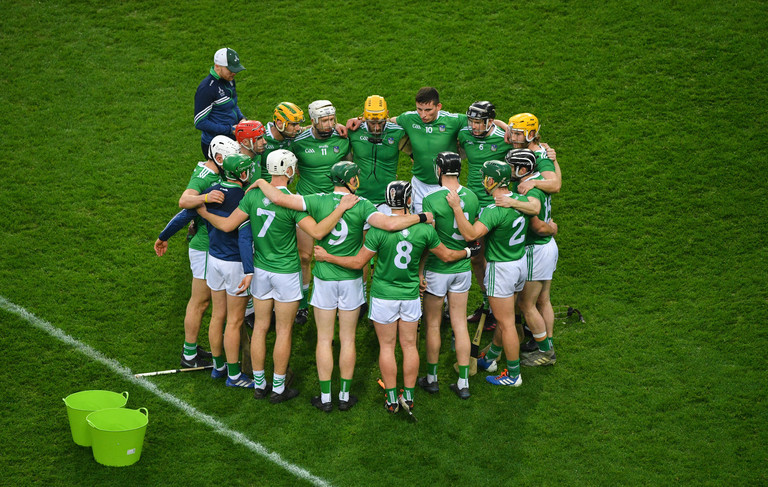 Performance coaches are widespread now on the intercounty scene and standards are ever-increasing. Now is the time when they really prove their worth.

This week certain players will devote hours to visualising the journey to Croke Park, walking out of the tunnel, their pre-game routine, factoring in fact this year there is no Artane Band parade or greeting with the President. Others will travel to their local pitch walking through patterns they will encounter on matchday. Priming their mind for the experience.

As Regan points out, the days of psychological preparation amounting to one speech in the build-up to a game are long gone.

I was listening to a Dublin footballer this week who gave a webinar talk. He reckoned Dublin put 30% of their time into the mental side of it. It shows the importance of it around preparation. Dublin started that process around 2014. They have identified this as an important component of their success.

We can use mental skills to improve confidence, how we think under pressure and have a mindset for success.

Energy has been a constant feature of Waterford and Limerick's performances thus far. Definitive proof that it may be an unusual championship but it doesn't mean any less. For two gifted groups, Sunday is the end of a hard road. A journey they have been forced to make alone, all the while utterly united.

For Regan, that is why the presence of extended squads is so important.

"You can't have enough familiar faces around. They are your friends and lads who soldiered with you for months during a very challenging season.

"The extended panel training all week and to be told they can’t go is hard going. At least now when they are there they can acknowledge each other and affect the mood and energy of the group.

"In the end, for the winners, it will be a total celebration of management, players and the backroom team all in it together. They all play a part."