The Stats Suggest Hurling's Revolution Years Are Back

If 2020 has been one thing, it's unique. It's only fitting then in a unique year, and at the end of a hurling championship played out in a unique setting, we've got a unique final to finish it off.

Limerick and Waterford will meet for the first time ever in an All-Ireland final at half past three today, in an empty Croke Park at Christmas time. It will be the 132nd All-Ireland final, and there's never been one like this. The matchup will be the 36th different pairing of counties in the history of the occasion.

Obviously, it's only since the back-door was brought in in 1997 that it has been possible for counties from the same province to meet in the final. In those 23 years, this will be the 7th time teams from the same provincial championship will meet in the All-Ireland Final, and it's only the third all-Munster combination after Clare/Tipperary (1997) and Clare/Cork (2013). It will also mark just the second time that the All-Ireland final will repeat that year's Munster final, again after 1997.

For Limerick, it's their 6th All-Ireland final opponent after Dublin, Wexford, Kilkenny, Offaly, and Galway. For Waterford, it's just their 4th, having met Kilkenny four times, as well as Dublin and Galway.

For neutral fans of hurling, what might be even more important than the individual uniqueness of the Waterford Limerick pairing is who won't be represented. Of the 131 All-Ireland hurling finals contested before today, only 20 have not involved Cork, Kilkenny, or Tipperary - hurling's Big Three. Likewise, of the aforementioned six finals played by teams from the same province, all have included one of these three counties.

The true dominance of The Big Three has only really been challenged on one occasion in history. Between 1994 and 1998, "other counties" won all five All-Irelands. Thanks in large part to Denis Walsh's brilliant book, the era became known as hurling's Revolution Years.

What is often forgotten about the Revolution Years is how brutal the response of the Big Three was. In 1999, Cork cut the head off the true rebels, and Kilkenny and Tipperary arrived like carrion crows to feast on the remains. The traditional three took turns at glory over the next three years, before Kilkenny took firm control of the Troika for themselves.

The stats surrounding the revolution and the backlash are incredible. In over 100 years of hurling, the "others" had not managed more than two All-Irelands in a row until the mid-90s. When they not only beat that record, but made a farce of it with the five-in-a-row, the Big Three responded by winning the next 14 titles. It was a level of dominance that had not been seen before. Amazingly, it was close to double their previous run of eight All-Irelands between 1902 and 1909.

As well as that, we wouldn't have an All-Ireland final that didn't contain Cork, Tipperary or Kilkenny again until  2017, all of 21 years later. This was the second longest streak in history. (Once again, it was Galway and their breakthrough of 1980 that ended that streak of 25 years!)

But what does all of this mean for today's game?

What has been slightly overlooked in our fresh pairing of 2020 is its reaffirmation of another possible revolution. In 2017 and 2018, both of these counties made it to the big day, with Galway on the other side on both days. Last year, Tipperary and Kilkenny meeting for the 19th time on All-Irleand final Sunday suggested a quickly quashed rebellion. Now though, for the third time in four years, the "other counties" will own All-Ireland day.

For three consecutive years between 1994 and 1996, none of the Big Three made it to an All-Ireland final. This is thus far the only time this has happened. Outside of that though, today will mark just the second time the feat of "three out of four" will been achieved.

Between 1921 and 1924, Limerick and Galway engaged in a similar triumvirate, but with Dublin being the third team instead of Waterford. If the Big Three can be kept out again in 2021, it will be the first time, including the 90s, that it will happen four out of five years.

Are we in the midst of another hurling revolution? The numbers would suggest so. Whether the backlash will be as severe this time remains anyone's guess.

SEE ALSO: Never Let Up - The Most Ridiculous Comebacks In Modern GAA History 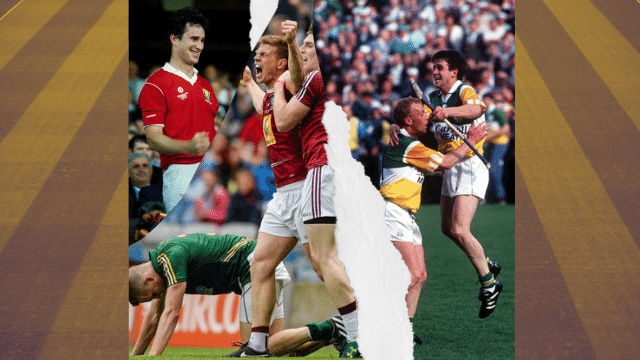