How Performance Psychology Made Shane O'Sullivan A Better Hurler

Shane O'Sullivan set off on his career path when one hurling man took him to see another. O'Sullivan, who hurls with Munster champions Ballygunner, was 14 when Derek McGrath brought his class to visit All-Ireland winning manager Liam Griffin.

The Wexford legend, who managed the county to the All-Ireland title in 1996, was one of the first in Gaelic games to grasp what sports psychology could add to a team.

"He just spoke for an hour, not about winning the All-Ireland," said O'Sullivan, "but the power of the mind and how visualisation and goal-setting and motivation is the most important thing which impacted that Wexford win; breaking many years of not achieving anything to win an All-Ireland.

"Afterwards, our teacher asked me, as captain, to say thank you to Liam. I went up, thanked him and had the courage to say, 'Where would you recommend me to further learn about performance psychology?'

"He said there's a book called 'The Inner Game of Tennis' by Timothy Galloway. I remember going into a shop and buying it, reading it and I haven't stopped reading about it since. That's where it all started." 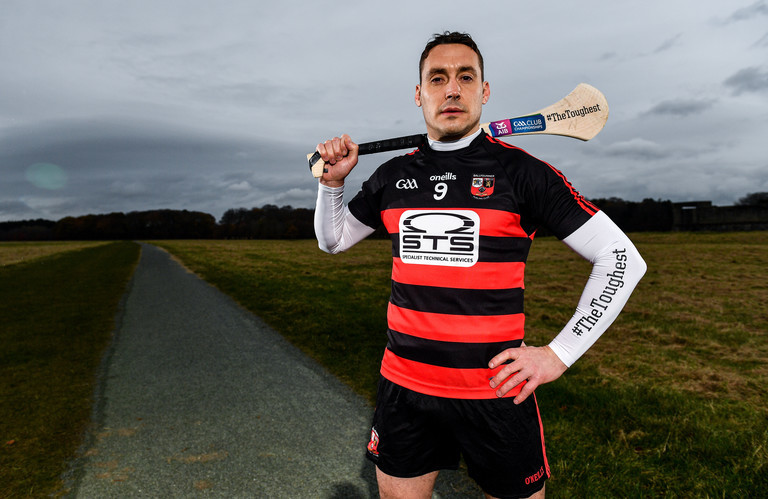 O'Sullivan now works in executive and performance coaching. 60 per cent of his work is done online with businesses in the US, central Europe, New Zealand, the UK and Ireland.

He has no doubts that the mental techniques he has learnt down the years have helped to make him a better hurler.

"I have the academic qualifications, and someone can give you the theory about how you can perform to your best, but you have to be able to apply that in front of 30,000 people in a big match, where one mistake is gold.

"You can test, practice, [be] like your own guinea pig for all the world, and you know what works; you learn what doesn’t very fast.

"What separates the best players from the also-rans is you make mistakes, and just refocus and connect in the moment to what’s next.

"So all of the great players we see in football and hurling in Ireland a the moment, I think that’s the real differentiator – they can make a mistake and refocus.

"It doesn’t impact them as much as maybe it would with a younger player. Or a player that doesn’t have the same confidence or doesn’t have the skills to be able to refocus. Skills like mindfulness, grounding techniques, refocusing, triggers, positive talk.

"If you want to improve your mental game, you have to go to the mind gym. You have to actually practice these skills over time, and then you get better.

"I’d use mindfulness every day, three/four times a day, visualisation, focusing on the positives, what can go right when you’re performing to your best.

"But also a ‘what if’ approach. Paidi O’Sé used to do this more organically but he used to walk the beach down in west Kerry and he used to bring the football.

"There’s a wonderful photo of himself and I think it’s Eoin Brosnan but he’d walk the beach and he’d think ‘what if this happens, what if that happens?’

"That’s mental rehearsal, that’s visualisation, that’s mental preparation. People wouldn’t have associated it because there’s no scientific label on it but all of the good players, they’d practice those. "