That second half performance from Waterford was the best 35 minutes of hurling we have seen from any team this year.

Having trailed by seven points at the interval, Liam Cahill's side came absolutely flying out of the traps for the second period. It was a stunning performance, eventually running out four-point winners to book a place in the All-Ireland final.

Nobody played a bigger part in the comeback than Stephen Bennett. He was absolutely breathtaking at times, with his goal just after the restart the catalyst for Waterford's revival.

Unsurprisingly, he would be named man-of-the-match. Speaking to RTÉ after the game, he revealed what manager Liam Cahill said in the dressing room at halftime to help turn the game on its head.

'Too many games we're after leaving behind us'

Man of the match Stephen Bennett says Waterford will not lack for motivation or confidence ahead of All-Ireland final after inflicting a rare semi-final defeat on Kilkenny #rtegaa https://t.co/czuXxifNjS pic.twitter.com/b3uPWELC1V

We knew what we were expecting coming up here. We promised we wouldn't let Kilkenny kill us off in the first ten minute.

We were kind of overeager I think (in the first half). We were trying too much, there were a couple of snapshots and panicking. We were seven points down, they got two goals with the bounce of the ball lobbed in.

We came in at halftime and felt we had five or six mistakes made ourselves, so we knew we had a chance. We've got legs, we knew that...

The last few years we probably would have fell into it. In fairness to Liam [Cahill] and the lads, they told us 'we can't come to Croke Park and leave it like that after a positive year, we can't come out and get hammered'.

We were seven points down but shouldn't have been. We always believe in ourselves and they're after instilling that into us.

We're back in an All-Ireland final, thank god. A couple of years ago (in 2017 final) we probably didn't perform. We have two weeks now to recover, get the heads right, get the bodies right...

I know we were losing the last few years, but a lot of us have played here a good bit, whether it be underage or whatever. Everyone stood up in the second half and we probably needed it.

We were doing silly things in the first half, but we kept just plugging away, plugging away. We said don't just panic going for goals, keep tipping it over the bar. We got back to within two or three and thought 'right, we have it again'.

Bennett is firmly in the conversation for Hurler of the Year after that performance, with the Ballysaggart man set to play a huge role in the All-Ireland final.

Despite likely entering as underdogs, they will arrive at Croke Park with plenty of belief after their display this evening.

SEE ALSO: Waterford Through To All-Ireland Final After Jaw-Dropping Second Half Display 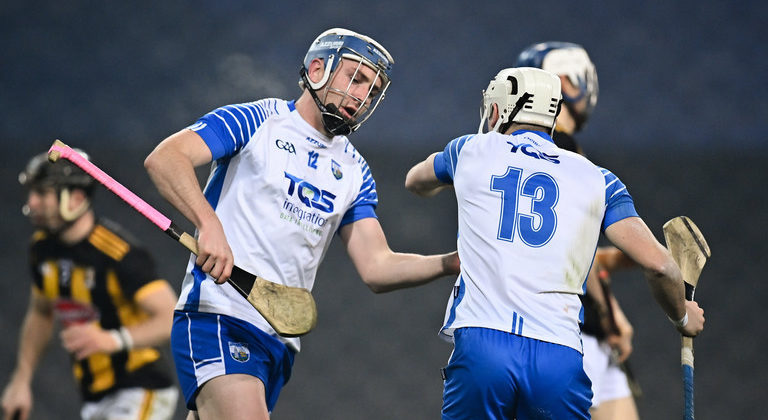