The first Irish series of Dancing with the Stars earlier this year was blessed with a strong presence from the Irish sporting community. While former Kerry footballer Aidan O'Mahony ultimately won the competition, sports broadcaster Des Cahill captivated audiences with his weird, hypnotic gyrations.

Really, without our two sporting heroes, do you even remember who else was in it?

Well, with the show currently on the look out for some "stars" to grace Season 2, we here at Balls.ie demand an even greater sporting contingent involved when the show rolls around once more.

With stars from all walks of Irish sporting life, here is our list of contestants we really would like to see swap the football boots for the ballet slipper, and sweaty jersey for the leotard, etc. etc. 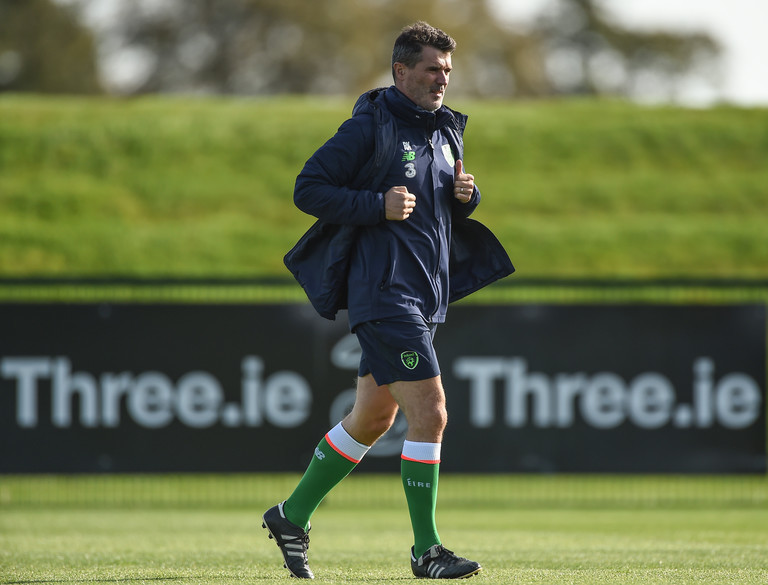 Granted, Keane's all but shattered hip may hinder his efforts at nailing some of the racier numbers, but he couldn't not be involved.

Although we can't really imagine Keane embracing the dancing, or the post dance interviews, we think if they could get him on the show his competitive juices might just get the best out of him.

Inevitably growing to despise his dancing partner, disregard the authority of the judges and storm off mid-waltz, his stay on the show may well be brief, but eventful nonetheless.

If filming falls is a heavy beard faze, it might affect outfit choreography.

A lack of patience for hanging around clapping on other contestants. 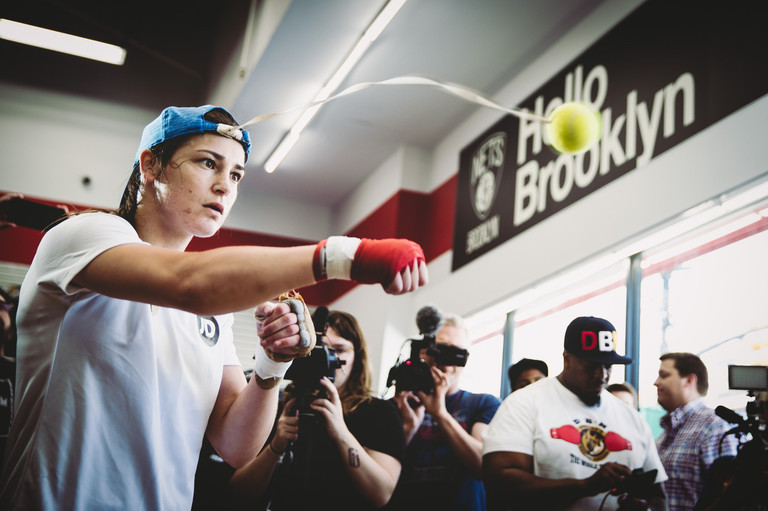 Having already demonstrated her capabilities in a variety of sports, Taylor will surely be more than capable of holding her own here. She's already got the footwork, this wouldn't be a bother to her.

Well used to absolutely dominance, and expected to become a professional world-champion later this month, a few questionable calls from the judges could result in some brutal retribution when presenter Nicky Byrne comes over to offer his sympathies.

Katie's instincts might result in disaster for her dancing partner if he gets in too close. 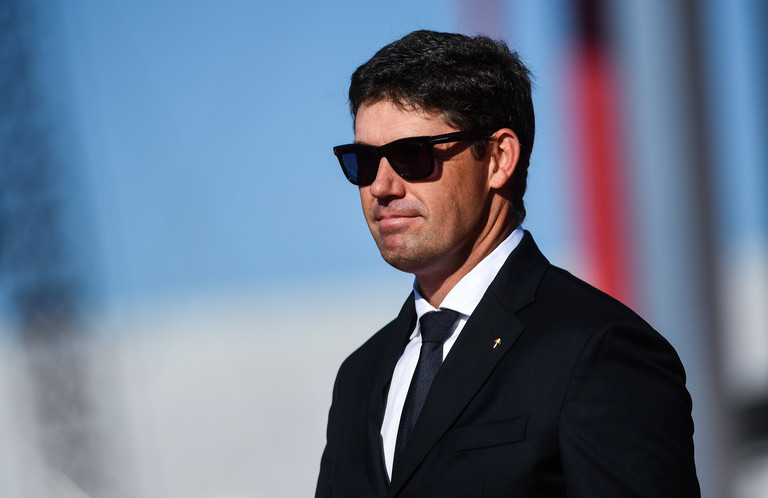 The discontented perfectionist that he is, we have no doubt that the oldest active sports star on our list would find a way of perfecting his foxtrot, tango and jive.

Problematically though, perfecting it once is not likely to be enough for the three-time major winner. Constantly adjusting and nitpicking everything from his footwork to the number of sequins on his sparkly attire, initial success will ultimately lead to Harrington injuring himself and trying valiantly - but fruitlessly - to drag himself back into serious contention.

If Nicky asks him "What went wrong?" after a tough dance, RTE are in big danger of going over their allotted time, much to the chagrin of Bella Doyle and the Fair City crew. 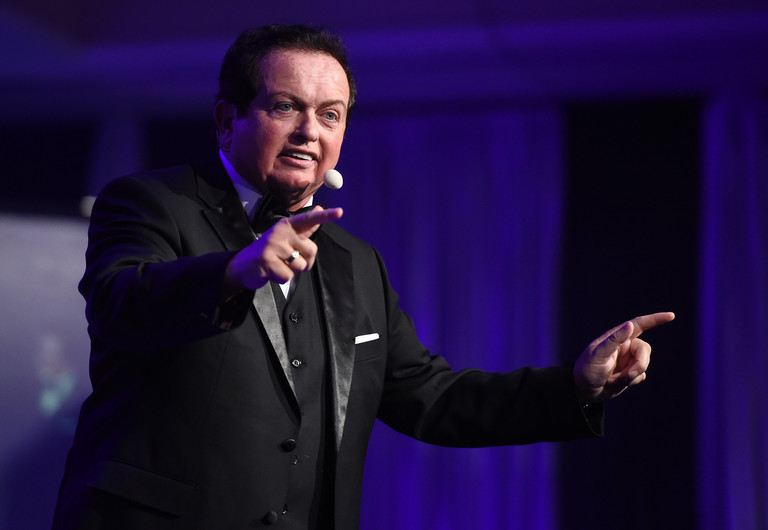 If this year's Knock novena reaffirmed anything to us, he is Marty and he still loves to party.

After the admittedly weird, but ultimately captivating performance of his colleague Des Cahill on the previous edition of the show, Morrissey would unquestionably jump at the opportunity to show what he's about. With a cross-generational pull that put him among the hot favourites, he is a dangerous contestant for sure.

We're not sure we can endorse this selection because of the chaos it will cause in marriages up and down the country. When Marty gets his swoon on on national television, what woman's heart will be able to handle it? And what husband won't succumb to a jealously so bitter it won't won't lead to irrevocable differences in the relationship?

Clearly a connoisseur of the arts as this duet with Linda Martin proves, we're hopeful that McCarthy's quickstep on the dance floor will be faster than on the football pitch. While things may have cooled with his long-standing nemesis and Dancing With The Stars opponent Roy Keane, should these two find themselves facing off in the dreaded dance-off, Saipan may come to resemble a mild-mannered tiff.

McCarthy's incredible height and stature could lead to an obvious mismatch with his dance partner. At his age, unlikely to be a killer on the dancefloor, but one would expect his witty Yorkshire charm will win over judges and viewers alike, and keep him involved longer than his talent level should allow. 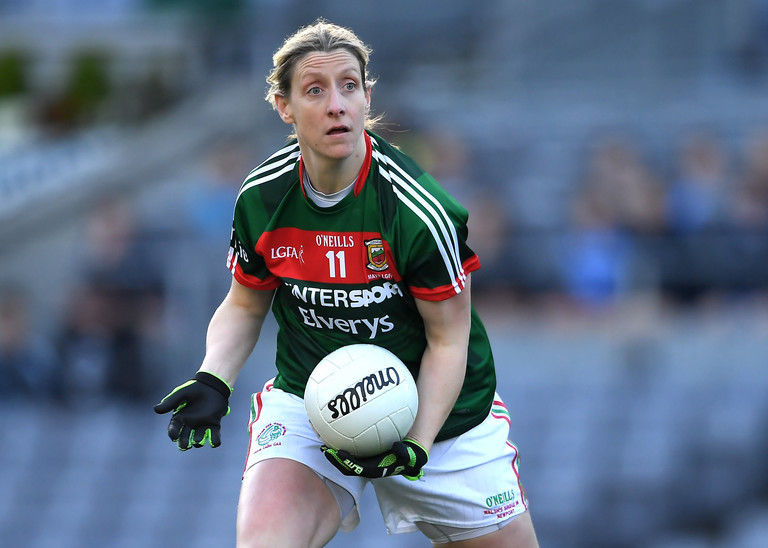 Having spent over two decades playing inter-county football with Mayo, Staunton's longevity will stand her in good stead for the weekly slog here. Well-used to putting up with the close attention of her rivals, we're sure they will be quick to point out if Staunton starts talking to the judges a little too frequently.

Sure to be the subject of a massive online campaign from the Mayo Mafia if she makes the final stages, the strength in numbers of the Dub brigade could prove a stumbling block for Cora, with the All-Ireland war set to fought out for another few months anyway. 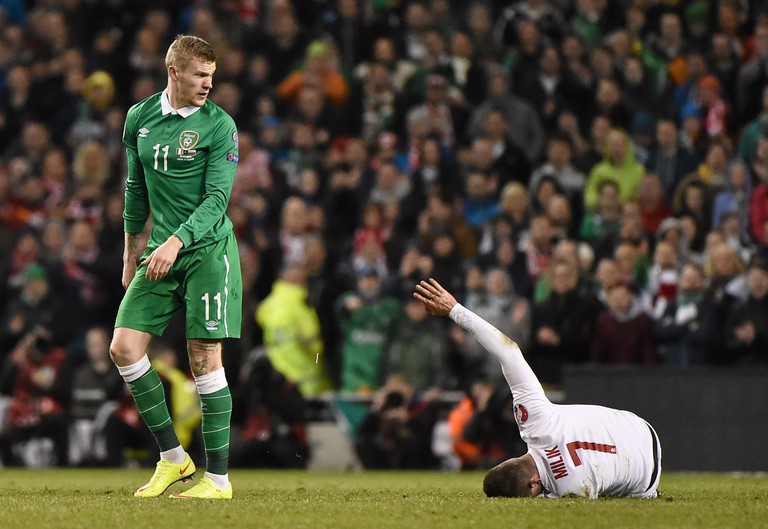 We're not sure how one could logistically perform a ballroom dance to the tune of an Irish rebel song, but McClean is sure to give it a go. With a heart quite so firmly stitched to his sleeve, we're not sure how the Ireland winger will adapt to the variables such a competition demands. Presuming that McClean enters into a dance like he does a tackle, his partner here will need to be quicker than most - two-left feet would be the least of her troubles.

Going in two-footed for the first dance could lead to a very early disqualification, leaving the Dancing with the Stars team down a contestant very early in the competition.

See Also: 9 Photos That Prove Brian Kerr Was Ireland's Most Stylish Man Of The 1990s