The 19-year made her Ireland debut against the USA aged 16 in 2018. Two-and-a-half years into her senior career and the Galway woman has achieved much.

What a finish from Beibhinn Parsons! Ireland take the lead - the game is live on RTÉ 2 and the RTÉ Player #RTERugby pic.twitter.com/x68pPPeY9t

Parsons scored three tries during last year's Six Nations and was named the Rugby Writers of Ireland Women's Player of the Year for 2020.

A beacon of the Dublin sprinter's abilities first shone brightly back in 2017 when, aged just 14, she won 200m gold at the European Youth Olympics.

Another gold in the same event followed a year later at the Euro U18 Championships. That year, she was also part of the Irish relay team which took silver at the World U20 Championships. In 2019, Adeleke won a 100m and 200m sprint double at the European Youth Olympics.

A brilliant run from Rhasidat Adeleke in the 200m final at the European U18 Championships to claim Ireland's second gold medal of the event! 🥇🥇 pic.twitter.com/wDZed643Dk

That CV impressive led to scholarship offers from the US. Still just 18, and now competing for the University of Texas, Adeleke broke the Irish U20 400m indoor record last month.

2020 is a year Ellen Molloy will look back on more positively than most. The Kilkenny teenager had her debut season senior season with Wexford Youths.

Performances at club and underage international level led to her making her senior Ireland debut in last year's World Cup qualifiers when she came off the bench against Ukraine. She also made a substitute appearance against Germany.

"She’s a joy to watch and we’re so fortunate and lucky to be able to play alongside her," Molloy's Wexford Youths teammate Kylie Murphy told the Irish Mirror.

"I’d be in awe of her even if I was playing against her.

"She’s a great kid with a great attitude. She has such a willingness to learn and grow, which is amazing.

"And for a kid with so much talent, she's just so grounded. That’s what I probably love the most about her."

The Kildare woman forced Schadko to quit on her stool before the sixth round to claim three vacant titles, including the WBC Youth welterweight title.

On March 20th, 20-year-old Phelan takes on Karina Kopinska in Luxembourg. Katie Taylor defeated the Pole in her pro debut four-and-a-half years ago.

In her first All-Ireland final start, Aoife Doyle hit four points - all from play - for Kilkenny in December's decider against Galway.

The Piltown forward was named Player of the Match as Kilkenny won their first title since 2016. 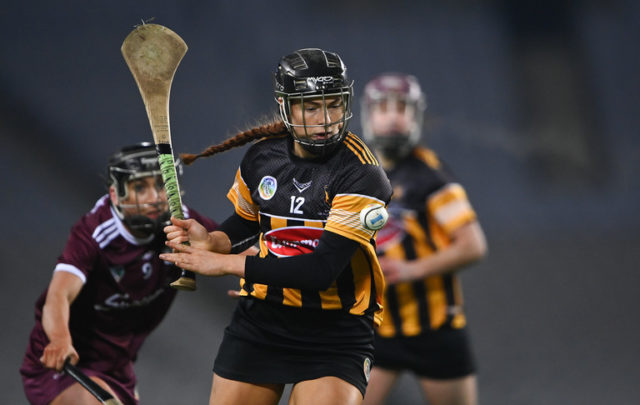 Erika O'Shea started 2020 as a Cork minor. She finished it as one of her side's best players in the senior final. The Macroom teenager stepped into the gap left at wing-back following injury to Laura O’Mahony. 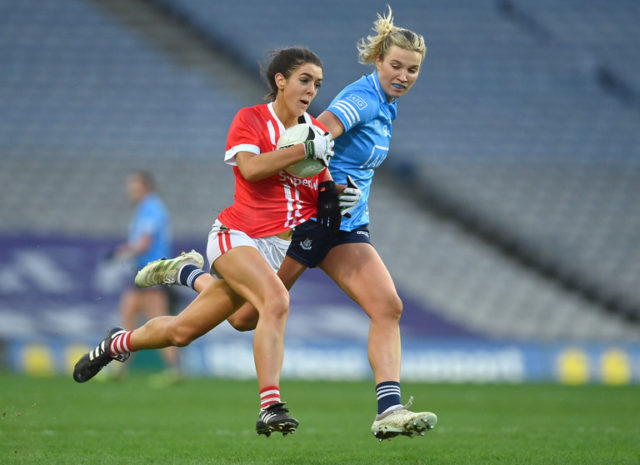 20 December 2020; Erika O'Shea of Cork in action against Jennifer Dunne of Dublin during the TG4 All-Ireland Senior Ladies Football Championship Final match between Cork and Dublin at Croke Park in Dublin. Photo by Brendan Moran/Sportsfile

"I cannot fault my players and I don't like singling out any players, but I thought Erika O'Shea out there today was just immaculate for a girl who is only 18 years of age," he told the Irish Examiner.

Katie Sheldon's obsession with darts endured longer than the three weeks of the World Championships for which it lasts with most.

The Tallaght teenager was just nine when she begged her parents to buy her a board and 12 when she entered her first tournament. In 2019, the now 17-year-old won the BDO World Masters Girls Singles title.

Three-and-half years on from becoming the first Irish swimmer to claim gold at the World Junior Championships when she won the 100m breaststroke, Mona McSharry is now based in the US. 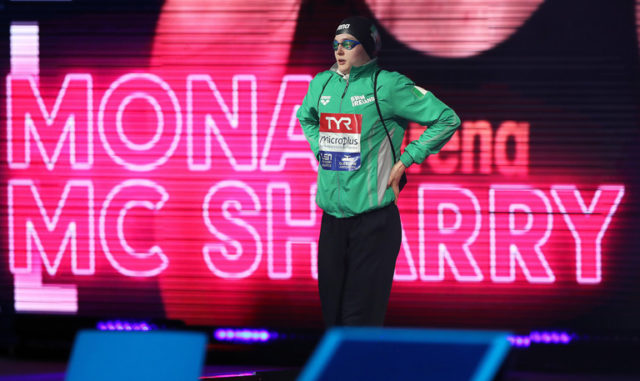 4 December 2019; Mona McSharry of Ireland before the Women's 50m Breaststroke Final during Day One of the European Short Course Swimming Championships 2019 at Tollcross International Swimming Centre in Glasgow, Scotland. Photo by Tino Henschel/Sportsfile

The 20-year-old from Sligo committed to the University of Tennessee in 2019, and moved there during the Autumn. In January, she was named SEC Female Freshman of the Week for her performance in a swim meet against Kentucky.

McSharry holds Irish senior records in the 50m, 100m, and 200m breaststroke, and the 50m butterfly.

In 2019, Kate O'Connor became the first Irish athlete to win an international heptathlon medal when she claimed silver at the European U20 Championships.

Then just 18, she was already the Irish senior record holder for the event. That silver medal win saw O'Connor break her own record and become the first Irish woman to cross 6,000 points.

The 20-year-old from Dundalk is now based in Sheffield and is coach by Toni Minichiello, who guided Jessica Ennis to Olympic gold in 2012.

See Also: 'If Someone In West Clare Wants To Play AIL, It's 90 Minutes To Training' 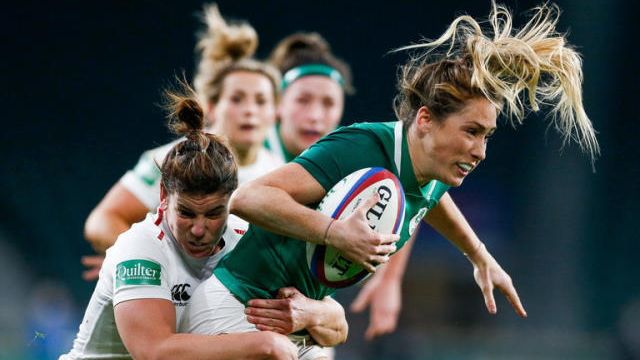