Answering The Greatest 'What Ifs' In Irish Sport

The Irish person's yearning to consume sport is ferocious. However, if there is one thing Irish people love more than watching sport, it is talking about sport. When the nation's barstools aren't discussing the 'brilliant minor until the drink got him' they regularly delve into the hypothetical questions.

So often it is the greatest hypothetical of them all, the 'what if?'

No phrase can simultaneously guarantee essential comfort or unnecessary additional heartbreak. A single pivotal moment that went on to have monumental consequences. The idea that a game, career or contest can be boiled down to a single identifiable, crucial moment is demonstrably nonsense.

Generally, it is a common consequence of the availability heuristic, a mental shortcut that over-prioritizes available examples. But these kinds of discussions are no place for that kind of logic. Without further ado, here are the greatest 'what if' moments in Irish sport.

What if Wayne Rooney had declared for Ireland? 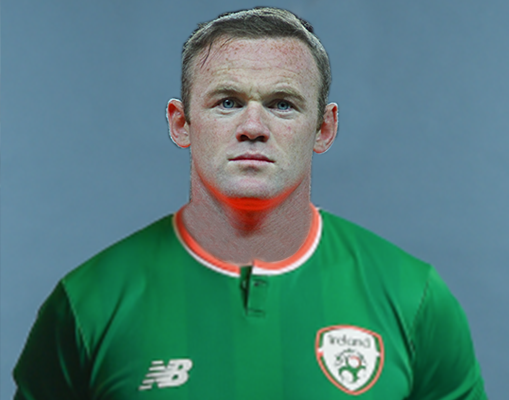 In 2002, A 16-year-old Wayne Rooney was collared by Lee Carsley at Everton's training ground. Carsley had been sent by Mick McCarthy to try to persuade the much-touted prospect to represent the nation of his grandparents.

Rooney elected to overlook the invitation, telling the press it should be a requirement that the country you are born is the one you represent. He would go on to become England's record goalscorer.

Strikes up a fruitful relationship with Robbie Keane that sees Steve Staunton heralded as the man who orchestrated the greatest strike partnership in Irish sport.

What if Rob Kearney had kept playing for Louth? 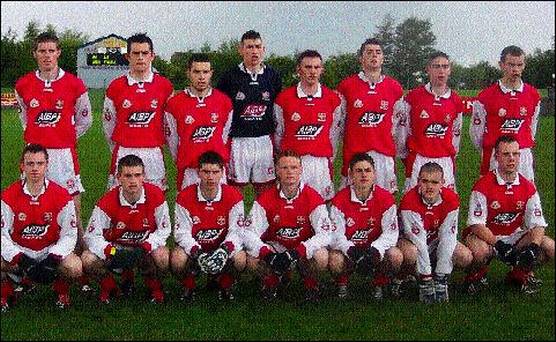 The Leinster and Ireland full-back represented Louth as a minor, making the team in 2003 at just 16. Kearney went on to have an incredible career with club and country including two Heineken Cups and two Grand Slams.

The athletic full-back was ideally placed to manhandle Joe Sheridan out of the way in 2010, securing a much-coveted Leinster title for Louth and avoiding one of the greatest injustices Croke Park has seen. 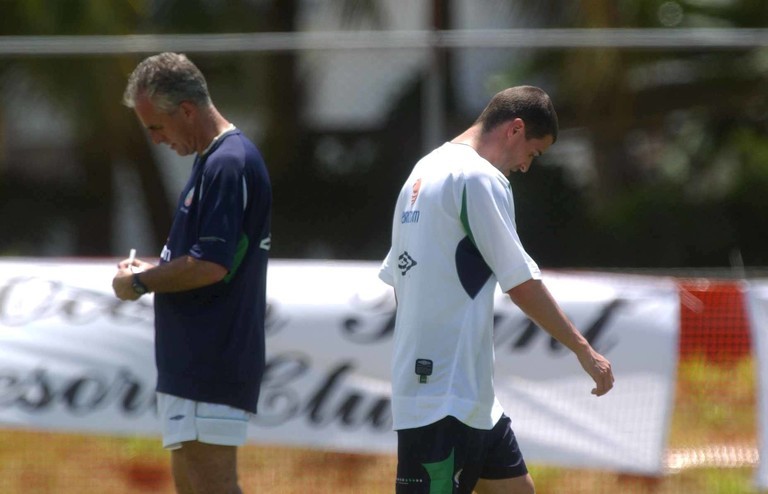 The most common question in this category. What if Roy Keane hadn't gone home in 2002? The quarrel that rocked the nation and later prompted calls for a public referendum on the issue as Eamon Dunphy nearly started a riot on Prime Time.

Keane apologises to the gaffer, plays in the tournament and takes the second penalty. He scores and Ireland overcome Spain in the last 16. Victory against South Korea and Germany ensures international shock as Mick McCarthy's men reach a World Cup final.

However, an early altercation with Kleberson sees Keane sent off after five minutes and Brazil overcome a determined but fatigued ten men. National debate ensues as half the nation place the blame at Keane's door. Eamon Dunphy nearly starts a riot on Prime Time.

What if Felipe Contepomi hadn't gotten injured in 2009? 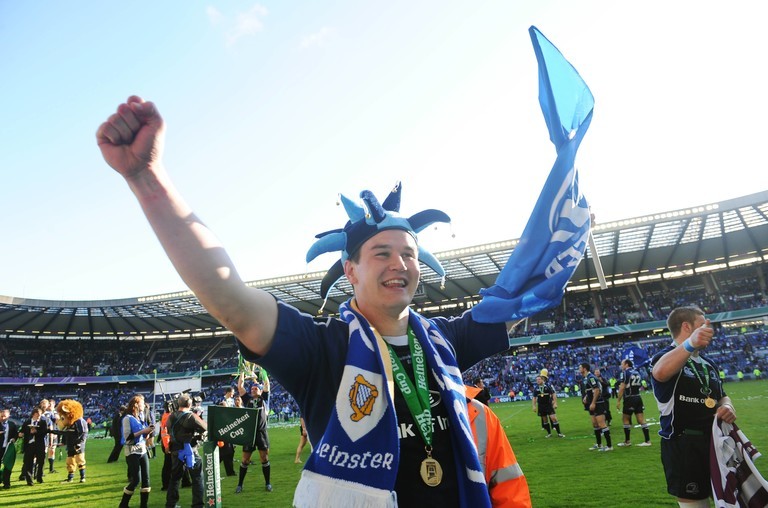 On the 2 May 2009, Leinster faced tournament favourites Munster in front of a world record crowd. In the first half, Leinster's Argentinean playmaker and star out-half went down injured, and Felipe Contepomi was replaced by Johnny Sexton. At the time head coach Michael Cheika had announced Contempomi was set to join Toulon and Leinster were on the lookout for a replacement.

Sexton went on to steer Leinster to their first ever Heineken Cup, including a stunning drop goal and 11 of 19 points in the final. Leinster do not make a signing and instead, a young Ian Madigan is promoted to the first team.

Had Contempomi not gotten injured Sexton still more than likely would have made the breakthrough a year later. However, the manner of his arrival undoubtedly propelled him on to become the player he was today. Ronan O'Gara would surely have enjoyed a more comfortable few years had it not been for Sexton's surprise showing. 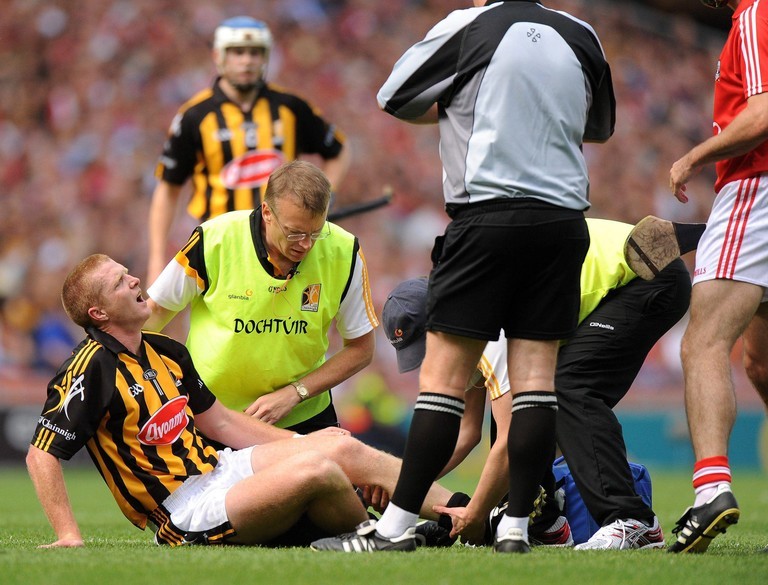 In 2010, Kilkenny were attempting to win a fifth All-Ireland title in-a-row and went into the final heavy favourites against Tipperary. The build-up was dominated by discussion on the fitness of Henry Shefflin, who had torn his cruciate ligament in the semi-final against Cork. Before the game, an open session with thousands in attendance witnessed Shefflin's return to training.

He started in the final, but moved with considerable discomfort and was replaced after 13 minutes. Tipperary won on a scoreline of 4-17 to 1-18.

Nothing. There is every chance Kilkenny still win the next two All-Irelands even if they were successful in 2010, yet there is every chance Tipperary still beat Kilkenny with a fully fit Shefflin. Liam Sheedy's men were inspired that day and even a 100% Shefflin would have been wrongly positioned to counter Lar Corbett's hat-trick.

The speculation was enthralling but ultimately, it would have taken an extraordinary feat to stop Tipp that day.

What If David Clarke had started in 2016? 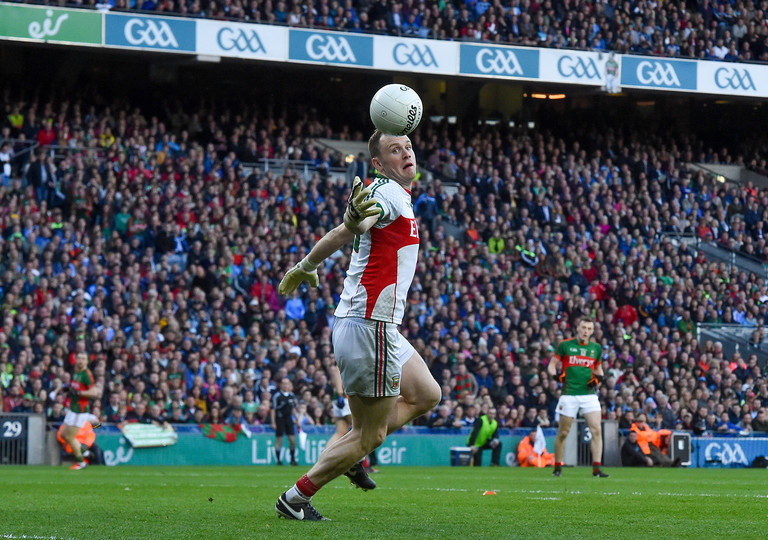 The Mayo footballers history is a dismal tale of 'what ifs' and 'if only's.' For the purposes of this article, they are two very different categories, Cillian O'Connor's late missed free is an 'if only' Donal Vaughan's red card in 2017 is a 'what if.' The most striking 'what if' of all is the 2016 replay decision to start Rob Hennelly over David Clarke.

Hennelly endured a torrid afternoon that was prematurely ended when he conceded a penalty and black card, an experience he elegantly articulated on Instagram. Clarke's long kick-outs in the first game had proved successful and Mayo were denied that platform the second time out and lost a one-point match.

I'll never be able to fully describe what was going through my head at this moment. What I was expecting to be one of my best days turned out to be the opposite, and it breaks my heart that I didn't come through for my team and county. I told a brilliant young man Anthony Casey that that one game wouldn't define him, and today, and probably for a while to come, I'll be telling myself the same thing.  It is not a good place to be, but I know I have to come back from it, I still believe I have something to offer this team and my county, so now is not the time to relent. I have to say that the support I've received has been incredible and the messages from friends, family, former team mates, players from other counties, and of course the Mayo supporters, has helped me immensely. I don't know where I'll be in a years time, but I do know that I'm not going to give up. I love Mayo and this team too much to do that. Mhaigh Eo Abú

The example that exhibits the perilous nature of this discussion. Mayo have hundreds of 'what ifs' which emphasises the difficulty in contemplating the alternative in this scenario.

Clarke could have started and seen Mayo end their famine or could have conceded a 30-year own goal; both scenarios are as likely when it comes to the green and red in Croker.