Anna Caplice is an Irish rugby player who's been capped 16 times for her country. She currently plays for Gloucester-Hartpury.

It's been such a challenging week to be a woman in Ireland.

Reflecting on the last few years of the struggles that Irish women have faced, I am deeply saddened looking back on events like the cervical smear check scandal, the inquest into the Mother and Baby homes and the public reactions to the Belfast rape trial, among many other things

I also cannot fail to think about my own experiences as a woman who represents this country on the rugby field. So often we have had to endure the opinions of men who are not simply satisfied with being disinterested in women’s rugby, but actively argue that we don’t deserve any support, financial or otherwise, from our sporting union or the rugby community.

However, I remain hopeful that our country can change, and that Irish people can once again set an example to the rest of the world by demanding and committing to societal change.

As a member of the rugby community, I am immensely proud that our sport is vocal and active in supporting many campaigns for good. But what about gender equality? What role can rugby, and sport as a whole, play in changing male attitudes towards women?

When Sarah Everard was killed, my timeline was full of tweets from women sharing stories of fear and devastation. These were interspersed sporadically by a  male journalist or rugby fan sharing a video of a try or a fulltime result. The difference was astounding and something I will never forget. That’s why I have been so utterly and deeply moved to see a very different reaction this time. Images of male teams from youth to senior observing moments of silence before their weekend fixtures and wearing black armbands litter my timeline. My male sporting heroes are using their platforms to share their condolences foremost along with their shock and sadness at this crime.

Peter O’ Mahony’s post-game interview after their big European Cup win in the south of France on Friday was dedicated almost entirely to paying respects to Ashling’s family and friends. I was incredibly proud and watched Peter’s speech in tears realising that the rugby community which I adore so much does really care.

Munster captain Peter O'Mahony has offered his condolences on behalf of the squad and everyone at Munster Rugby to the family & friends of Mary Immaculate College graduate Ashling Murphy following her tragic death on Wednesday.

A sentiment resounds throughout this outpouring of grief for Ashling.: What next? How do we address this? How do we fix such a big problem? How can men become better allies to women?  I believe sport has to play massive role in this process. Here is an idea of where I think we can start.

Think of your local rugby club. It is not uncommon for players to sign up to a code of conduct at the beginning of a season. What if the men’s rugby teams actively committed to a code of conduct that vowed to be intolerant of casual sexism, misogyny, or any mistreatment of women? What if all players, coaches and staff would promise to their club that they would not be bystanders, facilitators, nor most importantly perpetrators of verbal or physical acts against women?

I’m not suggesting a facile process where a club sends out a letter, it’s signed and returned and when the players assemble for training they say “What was that about? I didn’t even read it.” I’m suggesting a process of serious engagement whereby the players take part in gender equality workshops, hear stats, listen to stories, have open discussions and eventually come up with their own code of conduct that they are proud to stand by, and most importantly, live by.

Now think of how an exercise like this, when completed in earnest and with buy-in from everyone involved, will ripple out through your town or locality. If the rugby club is doing this successfully, then I think the GAA, soccer and any other clubs with a moral compass and an awareness of current affairs will follow suit. Starting with senior teams means that the effects can then trickle down to minor teams, underage teams and into secondary and primary schools.

I’ve heard lots of talk about getting in to schools to speak to young boys and teenagers, but if their local role models in their clubs are already setting a standard then the effects could be monumental.

Knowing the rugby community as well as I do, you might think I was a fool to believe that rugby can lead the way on campaigning for a shift in Irish society’s treatment of women. But in my experience, rugby, despite any previous reputation, is the perfect place to start. Whether it’s taking a knee before games, wearing rainbow laces, or reaching out to friends at half time to check that they are okay, in my experience, rugby has shown that it can be a place where anybody is welcome, regardless of race, sexual orientation, or mental health.

If any sports clubs out there want to discuss how to develop this code of conduct and build a culture of solidarity towards women, contact me over social media.

Achieving gender equality in Ireland will not be easy, but Irish sport, with its powerful and emotive place in our communities, can show us the way. 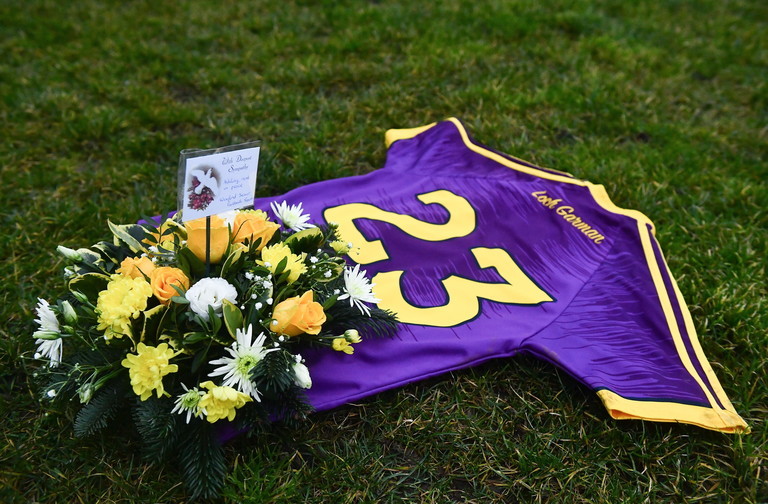