Irish Women Became Part Of The Sporting Conversation In 2017, But We Need To Do More In 2018

As we look back on 2017, we reflect on what has been a red letter year for women's sport in Ireland. In a guest post, Elaine Buckley, presenter of the Fair Game podcast reflects on the year that was and looks at what needs to happen in 2018.

This is the refrain that rolls over the end-credits of Battle of the Sexes, a film released earlier this year telling the tale of the 1973 tennis match between Billie Jean King and Bobby Riggs. Given the 120 minutes that precede on screen, those lyrics from Sara Bareilles’ ‘Dare to Ask’ cut deep - a searing reminder that 44 years on, and in spite of such mighty pioneering efforts, women in sport are STILL holding out for more than they have now. In fact, BJK herself only last month sent a video message to Ireland’s own WGPA, shared via their social streams, with the following message - “You are a true inspiration to me, and so many others - keep going for it!”

2017 has been the busiest ever in terms of Irish sportswomen featuring in the national sporting conversation - however, it has not all been for the right reasons. Far from it, in fact. The past 12 months have played host to some exhilarating highs for many Irish athletes and teams - yet, as we get to the end of the year and reflect, they’re not the ones that are most memorable in public discourse; instead, it’s the stories of sportswomen being forced to speak out about mistreatment at the hands of their own governing bodies that prevail.

From the Irish women’s soccer team taking the FAI to public task to secure the most basic of requirements in order to represent their country to the best of their ability; to the shocking lack of respect shown by the IRFU to its women’s XVs team before, during and after what should’ve been a defining World Cup on home soil; to the Irish hockey team successfully qualifying for the World Cup for the first time since 2002, yet having to pay-to-play due to the lack of sufficient funding. 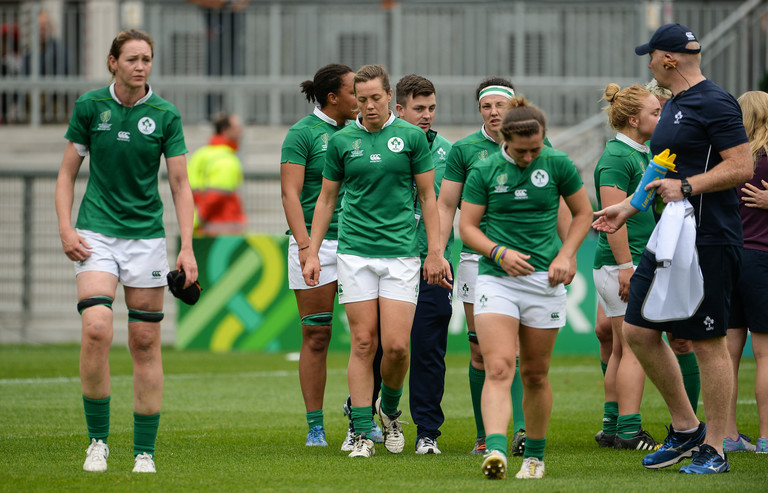 All of these examples - and there are many more, ask any inter-county camogie & football setup how much they fork out for access to facilities - serve as a stern reminder that although we are definitely making gains in the right direction, there is still a lot more to be done in terms of gender parity for Irish sportswomen.

Online displays of support are all well and good - however, the single most beneficial way to support sportswomen is to actually physically SUPPORT them. We can play no active part in the decisions and actions of governing bodies and boards; however, we CAN send them a statement, loud n’ proud, that cannot be ignored - by taking our support for sportswomen off-line and onto the side-lines.

An internet consensus that the Irish women’s rugby team have been grossly mistreated by the IRFU is palpable - but, how many people will physically show their solidarity by going to Donnybrook Stadium to support them in the Six Nations this spring? The show must go on - and as well as tough away trips to face the might of England and France, Ireland must also contend with Wales, Scotland and Italy here on home soil. Bums-on-seats will mean a lot more than tweets come kick-off time. 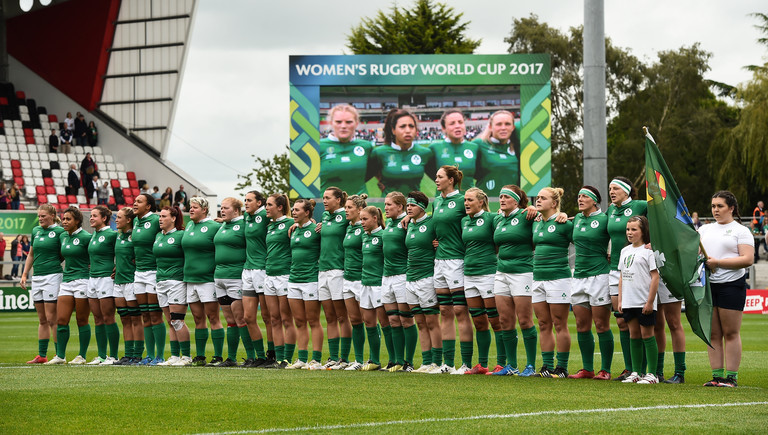 Online outrage backing the IRLWNT proved a powerful force at a crucial juncture - but trending on Twitter certainly didn’t translate to the turnstiles of their subsequent home international friendly matches, with attendances of 1,037 against Slovakia the week after the strike action in April, and 862 against Iceland in June.

They’ve since commenced their qualification campaign for the next World Cup, with an undefeated run of two away wins as well as an away draw against reigning European champions The Netherlands - they’ll be coming home to play for their next batch of qualifiers in April, exactly one year on from when they took that historic stand in Liberty Hall. So, channel the reactive rage you felt on their behalf back then into being in Tallaght Stadium to cheer them on in their quest for major tournament qualification. 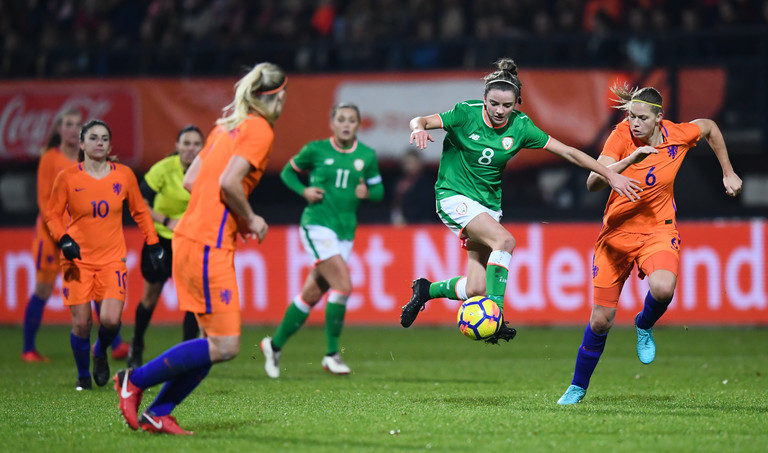 Even for those sports that are seemingly flourishing at the moment - we can do better.

46,286 people attending the ladies football All Ireland finals day is a phenomenal figure, not just in an Irish context but in setting a new global standard. However, it’s one day; the culmination of a summer-long championship that is among the most scintillating in Irish sport. We can not simply dine out on that figure alone for the foreseeable future - because there are fiercely competitive earlier rounds of the Championship that are being witnessed by the bare minimum in empty stadiums.

It’s by embracing both football and camogie year-round - from the early stages of the national leagues, to the closing stages of the club championships, and everything in between - that we really get to know the individual skill-sets of powerhouse players, the intricacies of trademark team strategies, and the red-hot rivalries that permeate the provinces.

Beyond the realm of team sports, Irish people have a fixation on Olympic Games - but NOW is the time to strike to be part of our sportswomen’s journey to Tokyo, as opposed to just jumping aboard the bandwagon when they reach the destination in 2020.

Athletes such as Kellie Harrington, Mona McSharry, Natalya Coyle, Chloe Magee, Gina Akpe-Moses, Jenny Egan, Denise Walsh, Katie-George Dunlevy & Eve McCrystal all claimed medals in their respective fields in European and/or World Championship action this past year. So why not get invested in their ongoing progress, and make it your business to see them compete in the flesh when the opportunity arises in national competitions on home ground?

Beyond sports fans, women who play sport have a massive part to play in all of this too - so if you’re not actively supporting your club, county or country in your chosen code of competition, ask yourself - why not? The benefits to be gained from doing so are immeasurable - from seeing the skills on show at elite level, to the sense of community, to helping generate funds that filter back down to grassroots.

So, if you’re one for making a New Year’s resolution, I implore you to make supporting women’s sport be yours for 2018. You won’t regret it; and, you’ll be playing a vital part on the path to parity. Progress can be slow - but dare to believe, and we’ll have it in the end.

Elaine Buckley is the presenter of the Fair Game podcast. You can follow her on Twitter @ElaineBucko