'You Have CPR When Someone Is In Physical Bother. This Can Help Mentally'

'It's good to talk' is the message for people who are feeling down. And of course that's right. What benefits them even more is when the person on the other side of the conversation has been equipped with tools to help. That person, generally, is not a professional. It could be a friend, family member, even a stranger.

Ohana ZERO suicide is a new voluntary organisation which aims to give the general population the ability to help save a life.

Their straightforward online training enables a person to identify the signs that someone may be suicidal, ask the appropriate questions and direct somebody to the appropriate help.

"It's amazing that it's taken so long for something like this to come out," says former Donegal footballer Eamon McGee who recently completed the course.

"It's simple. You have CPR for when someone is in physical bother. Something like this can help mentally. It's so user friendly. You'll have it done in 25 - 30 minutes. You definitely will have a better understanding and will feel that wee bit more comfortable in having those conversations because these conversations need to happen more regularly."

Ohana ZERO suicide (the name is inspired by a Hawaiian word meaning family) was set up by a team of 16 individuals, mostly strangers to each other, earlier this year during the first Covid-19 lockdown. The training is based upon one designed by experts for the Zero Suicide Alliance and the NHS Merseyside in the UK.

"By no means are you an expert in suicide awareness after completing our training but it gives you the tools to feel comfortable in having a conversation if you do come across someone you think may be struggling. Our tagline encompasses it: Show you Care, Ask the Question, Make the Call,” says Clodagh Fleming, one of the company directors.

"The go-to approach for many people is, 'You're not going to do something stupid are you?' It's putting guilt on the person who may be already struggling and may be feeling like a burden on others. Changing the language that you use is a skill that you will learn from our training.

"As a team, we felt that there needs to be more focus on opening people's eyes, looking around them to see people that may be struggling, asking them directly. That was what really stood out for us. When someone is already feeling like a burden on their family and friends, often the last thing they'll want to do is reach out and look for help or tell you that they are struggling.

"That's our aim: To come at it from a slightly different angle by encouraging people to complete our free training and empower themselves with the skills that they will learn." 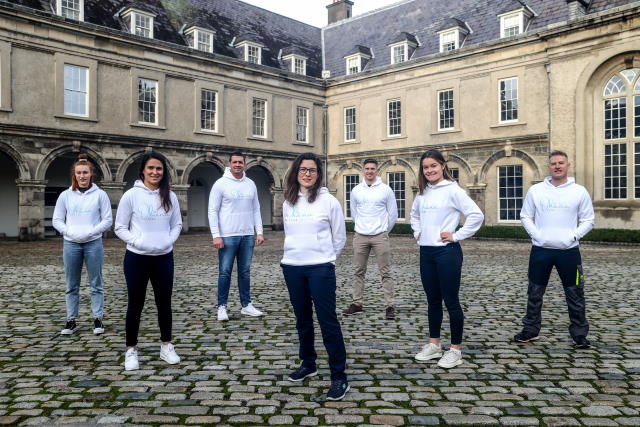 Ohana ZERO Suicide recently started a campaign to promote their training through sports clubs. A roll-out across universities and companies large and small will follow.

"Awareness is no longer an issue with mental health struggles," says McGee.

"Plenty of people have talked. It's about how we deal with it now, how we react to the situation. Obviously public services are struggling. They are going to be inundated. The question is what can we do to help the situation.

"It's stuff like Ohana.ie and their wee tools. You don't suddenly become a counsellor after it and start taking appointments. It just gives you the tools so you can direct a person to where they can get help.

"We can keep on shouting 'Funding, funding, funding' but it's not going to suddenly make it happen. We have to take responsibility because we have the power."

As a county we encourage the clubs in our community to empower our members to look out for each other, encouraging them to complete this FREE suicide awareness training https://t.co/2CNWvBgQAG pic.twitter.com/Td43QiqSr6

Ohana ZERO Suicide's Twenty2Zero campaign aims to end the stigma associated with suicide, encourage people to talk about the issue, and to intervene if loved ones, friends or strangers are believed to be at risk. This free online Suicide Awareness training can be accessed via their website at www.ohana.ie and it is aimed at people from all walks of life.

Thérèse Maher: 'Sport Gave Me An Outlet. It Gave Me Something To Channel That Anger' 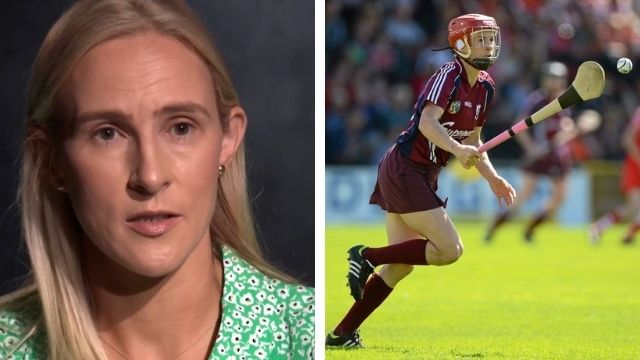 Irish Life
1 month ago
By Donny Mahoney
Tributes Paid To David Hill, Who Passed Away Saturday Playing Rugby In Dublin
The Rewind
2 months ago
By Gary Connaughton
The 7 Most Irish Things That Aren't Actually Irish At All
The Rewind
2 months ago
By Gary Connaughton
Here's Some Of The Funniest Reviews Of Irish Tourist Attractions
Popular on Balls
Rugby
2 days ago
By Colman Stanley
'That Pace, That Intensity, That Organisation' All Black Legend Has High Praise For Leinster
GAA
2 days ago
By PJ Browne
Cusack Has Little Sympathy For Gearoid Hegarty After Red Card
Football
9 hours ago
By Colman Stanley
Wagatha Christie Trial Sheds New Light On England's Euro 2016 Disaster
GAA
15 hours ago
By PJ Browne
GAA President Explains Why Tailteann Cup Won't Be All-Ireland Curtain Raiser