Marcus Rashford has been making headlines this week with the incredible ground swell of support for his #ENDCHILDFOODPOVERTY campaign. Although a motion that would have seen meal vouchers provided to 1.4m disadvantaged UK school children over the holidays, until Easter 2021, was defeated in the House of Commons this week, local businesses and other members of the public have rallied to the cause and are pledging their commitment to providing meals for free.

Rashford's Twitter account is currently alive with an incredible stream of good will, as others get behind his campaign. The story has reminded us of this piece, originally written by Maurice Brosnan in 2018, examining the crossover between sport and politics.

What is your expectation of sport? Entertainment? Distraction? A pastime? A sanctuary?

There is no other vehicle capable of transcending age, nationality, religion, or class like sport. Even the most cynical figure can be inspired and delighted in its presence.

For many, the process of even engaging in it, of engulfing oneself in an afternoon’s viewing or partaking in the pilgrimage to an arena and watching stars do battle on hallowed turf functions as a means to profess an “Open Sesame” to an alternative universe. A world capable of anything, where we expect the dogs of corruption and injustice to wait at the door. Sport is capable of transferring us to our individual happy place, and it is a place worth preserving.

That is the expectation for many a sports fan. And like so many other expectations, it is liable to fall short of reality.

To truly exist in a functioning, multi-fractious, and diverse society is a curious condition. Sport does not function as an alternative, it co-exists alongside the rest of the world's mystifying and extraordinary features. A life where sport becomes an alternative to reality is categorically a limited one.

Modern existence is liable to do just about anything, particularly yield a moment that exists as the intersection between sports and politics. Make no mistake, despite the wails of ‘stick to sports lads’ that intersection exists. It is undeniable.

In 2018 the NFL elected to implement a policy that would see any player who protests during the national anthem punished. For two years prior, certain players had chosen to kneel or raise their fists during the anthem as a means of protesting police brutality. A select group of extraordinarily rich white men then made a rule change for an organisation that is 70% black. They will had to pay tribute to the military, war and stay silent on the denial of basic civil rights to a much-maligned and marginalised class.

A move portrayed as apolitical is very much political in its nature. This is nothing new. Sport has always been this way.

Those that cry “keep politics out of sports” are generally motivated to do so when it concerns a view they do not agree with. NFL owners did not have an issue with Tom Brady displaying Trump memorabilia within Gillette Stadium, or Rex Ryan’s public endorsements of him as a candidate, or Richie Incognito’s policy praise. Rich, white men support a system designed to keep it that way. Water will stay wet, the sky remains blue.

Within America, the practice of white men using sport to generate political goodwill dates back to the American revolution. It only truly became a problem when black men threatened to utilise the same vehicle.

In response to the anti-war movement that saw over 3 million Americans taking to the street in protest, Richard Nixon became the first sitting president to attend a regular-season NFL game. He requested a red, white and blue half-time theme that saw ‘God Bless America’ played repeatedly. It was a move that a White House memo labeled “pro-administration propaganda.” 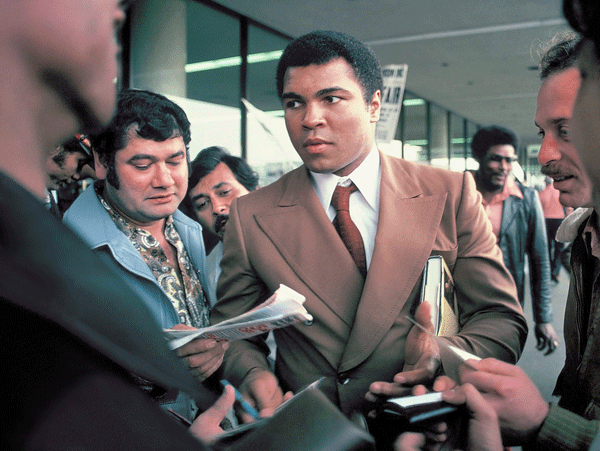 It became increasingly more problematic when Muhammad Ali refused a draft to the Vietnam War, Tommie Smith and John Carlos made the ‘black salute’ on the podium at the Olympics or Mahmoud Abdul-Rauf refused to stand for the national anthem. Then the ‘keep politics out of sport brigade’ pipped up. Ali was stripped of his title and arrested. Black track athletes Vince Matthews and Wayne Collett were barred from the following Olympics for a similar protest to Smith and Carlos and the NBA suspended Abdul-Rauf.

No one should be more familiar with the impossibility to separate sport and politics than the Irish. After all, our national game was one forged with the explicit intention of rekindling Irish nationality. Two of the seven men in attendance at the GAA’s founding were known IRB members. GAA secretary Luke O’Toole spoke on stage when the Dublin Irish Volunteers were formally established and President James Nowlan told every member to join the volunteers and “learn to shoot straight.”

At Frongoch internment camp in north Wales, they played Gaelic football daily, with teams named after the Rising’s leaders. Eventually, inter-county contests developed and the main pitch in Frongoch was renamed Croke Park.

The GAA is in a fundamental tenant of the state’s soul. Sport itself is part of our national identity. Its finger is on the pulse of the nation and inevitably it will become involved in current affairs.

In recent years Peter O'Mahony, Brian O'Driscoll, Mickey Harte, Eamon McGee, AnneMarie McDonagh and many more prominent, Irish athletes have voiced their political opinion - capitalising on the power of sport to have their say. At times it seems incomprehensible, but players are people too and are deeply affected by the same real-world concerns as us all. Every aspect of modern existence is in some way political, to deny this fact is a critical delusion.

That is not to say said delusion isn't monumentally more attractive. In silence there is refuge, to speak out brings scrutiny. These figures have made a bold move.

You are of course free to engage with their view. Criticise the opinion, offering a stinging rebuttal, demonstrate flaws in their argument. Stripe it off rhetorical nicety and expose it for the strawman, prejudiced sentiment you believe it to be.

But to implement a restriction on their contribution based on sporting commitments is to try and restrict their right to speak. Denying them a political opinion is an intensely political move.

Alternatively, we could collectively elect to stick to sports and prepare to enjoy a World Cup in Putin's Russia, a Giro D'Italia that launched from Israel occupied Jerusalem and an NFL season that ensures misbehaving black men are kept out of sight. You know, the non-political stuff. 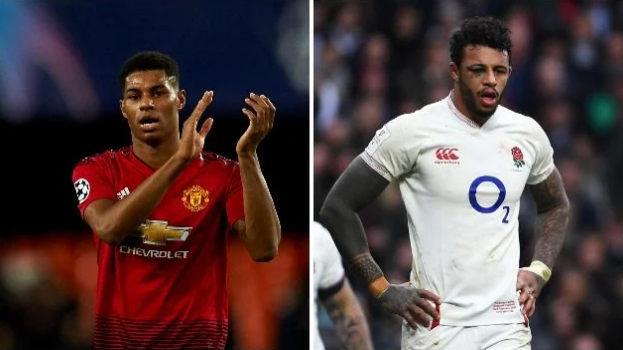