Sportsfile photographer Stephen McCarthy was today announced as a winner in the prestigious ‘Sports, Singles’ category in the 2021 World Press Photo Contest with his image ‘Home Training’.

The winning image, taken in May last year, features the then 87-year-old masters athlete Pat Naughton maintaining his daily training regime in his living room at his home in Nenagh during the Covid-19 pandemic. 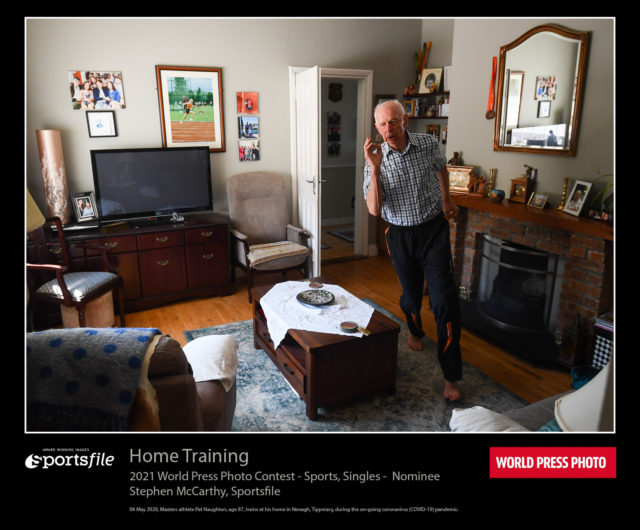 This is the second time Stephen, who hails from Cahersiveen, County Kerry, has been recognised by the World Press Photo Foundation.

In 2018, he collected second prize for a photograph entitled 'Steaming Scrum' taken during a game between the Lions and Maori All Blacks in Rotorua.

"It’s a privilege to be acknowledged by the World Press Photo Foundation for a second time," said Stephen.

"I am humbled to have had the opportunity to capture a unique example of how humans have adapted in these unprecedented times. I think the photograph has captured the determination of athletes in particular, in this case Pat, to maintain their training schedules in pursuit of normality in the most abnormal of times."

Photo of the Day | The British & Irish Lions and Maori All Blacks engage during a match at Rotorua International Stadium in Rotorua, New Zealand. From ‘Steaming Scrum’ by #WPPh2018 winner Stephen McCarthy (@sportsfilesteve), for (@sportsfile): https://t.co/52bxxhdo8k pic.twitter.com/oZrfEv1UeB 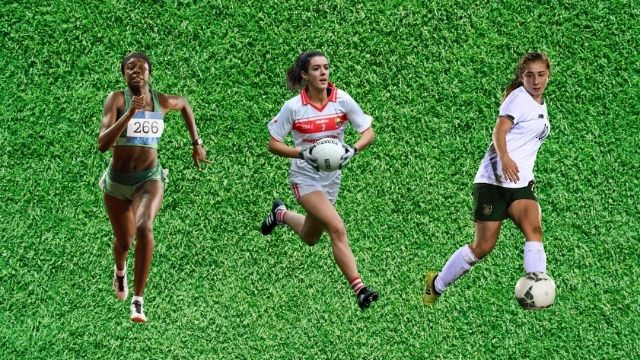