This weekend will see the Allianz National Football League season come to a close, with four intriguing ties set to take place across the divisions on Saturday and Sunday.

While promotion has already been sealed for all of the counties involved (with the exception of Division 1), the teams will want to finish their league campaign on a high ahead of the provincial championships in the weeks ahead.

Kerry legend Marc Ó Sé, speaking exclusively to Ladbrokes, has given his predictions ahead of what is sure to be a big couple of days of Gaelic football.

Cavan will face Tipperary in the Division 4 decider, with both counties bouncing back to the third tier at the first attempt. Two counties that won provincial titles in 2020, they will be disappointed to have found themselves in that position in the first place.

Ó Sé fancies the Ulster county to get the job done in this one, even if they may have an eye on their game against Antrim in a few weeks.

It’s hard to believe both these counties contested the All-Ireland semi-finals a little under two years ago and this year they both played Division 4 football all season, albeit gaining promotion to Division 3. Unless these two teams get as far as the provincial finals, unfortunately it’s Tailteann Cup for them. A massive fall from grace in two years.

Struggling to get over London tells you where Tipperary are at. Sean O’Connor has helped them take the pressure off Conor Sweeney to some extent but those two players will need to be on fire to get over Cavan in my opinion.

Cavan will have one eye on Antrim who they will play in three weeks’ time. Tipp have the luxury of a month break until the start of the Munster Championship which will suit them and mean they can really go after this game.

However with Gearoid McKiernan in great form and the powerful Thomas Galligan around the middle of the field, Cavan hold the stronger aces for me. Cavan to win the Division 4 final.

Louth and Limerick will both be thrilled to gain promotion this year, with not many tipping the Munster county to finish in the top two before the beginning of the league. They will now compete in the Sam Maguire this summer, although both will want to finish the league campaign with some silverware.

Marc Ó Sé is expecting a cracker of a game, with Louth having the edge due to the presence of Mickey Harte on the sideline.

There is very little separating these two counties at the moment in the National League.  Limerick finished second to Louth this year in the division. Both Billy Lee and Mickey Harte will be thrilled with the progress of their teams to date.

There was very little separating both teams when they played each other in February down in Limerick, with Louth just edging victory with two points. Louth face Carlow on April 24th and Limerick don’t have to take on Tipperary until April 30th so I see these two teams really going after the victory here and not just happy with the promotion.

This game in my view will go right down to the wire but I just think Louth will get over the line with the dangerous Sam Mulroy going very well at centre forward. Mickey Harte has huge experience in finals at Croke Park and I think he will have a plan in place for Josh Ryan and co.

These two sides met as recently as last weekend, with Roscommon winning on that occasion to secure their place in the top two. However, Galway fielded an experimental side with their spot in the final already assured.

This pair will both be hoping to stop Mayo in this year's Connacht Championship, with Galway having the first opportunity to do so when they meet in a few weeks. Manager Padraic Joyce could be cautious in his team selection here as a result, although Ó Sé believes they will still have too much for the Rossies this Sunday.

I think Padraic Joyce will have a firm eye on Mayo for the Championship. Roscommon don’t play New York or Sligo until a month so they can really go after this game. The same can be said for Galway but with a huge test in Mayo coming down the tracks, Joyce will have to be that bit more cautious with certain players and not risk injury.

All said, I still think Galway have the more dangerous players and ultimately will have too much fire power for Roscommon. Donie Smith and Conor Cox were flying last weekend against Galway but they will not get the same space to repeat last week’s performance in my view.

I think Galway will win this one.

This is the big one.

Kerry and Mayo have been the two best teams in the country in 2022, leading to what should be a stellar decider in Croke Park this weekend.

Jack O'Connor's side will be slight favourites, although Mayo are sure to bring a sizeable crowd to GAA headquarters.

Ó Sé is expecting a very close game, although he feels his home county will just about do enough to get over the line.

This is such a hard game to call.

Kerry were brought back down to earth against Tyrone in Killarney last weekend and given a reality check. You can argue that they were already in the final but I thought Kerry really went out to try and win that game. I thought Tyrone won the key battles hands down. Their inside line in particular was really dangerous with Darren McCurry giving young Dylan Casey a footballing lesson.

At this moment with the exception of Ryan O’Donoghue I don’t think the Mayo forwards pose the same threat as that of the Tyrone forwards. However their defence and midfield does. Midfield was an area where both Tyrone and Mayo dominated Kerry when they faced them in the league. Kickouts is another area where both teams dominated Kerry also.

These areas have not been addressed by Kerry and need serious work. If Kerry can improve in these areas it is theirs to lose as I am not that sure the O’Connor brothers will be back in time to bolster the Mayo forward line.

Kerry to win but expect a tight battle like we saw in Tralee a month ago.

It should be a brilliant weekend of action. 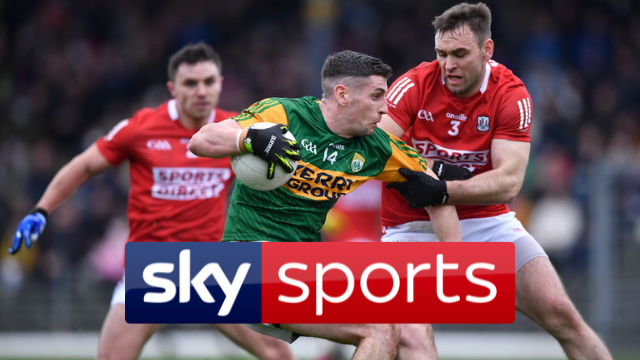