There has been much scrutiny and discussion in Irish rugby circles this month of Munster's playing style.

Pundits and rugby viewers on social media have been increasingly critical of Munster's less than expansive style. That said, Munster finished the European Cup group stages undefeated and have only lost two times this season.

While the team is in transition with most of its coaching staff exiting Thomond next season, on the pitch, Munster continue to get results.

Stephen Ferris was the latest pundit to voice his criticism of Munster.  Speaking on The Build-Up with Labrokes today, the former Ireland backrow said he was not particularly impressed by Munster's 45-7 win over Wasps in the Champions Cup on Sunday.

“I think looking at the scoreline you kind of go is this performance coming, but I wasn’t that impressed with it to be honest. I thought Wasps were really poor, like Gavin Coombes picking off the base of the scrum and just running through the outhalf, and then one phase later O’Donoghue touches down. Like that’s schoolboy rugby stuff, like where you practice it in training and then it comes off. It’s really poor defence.

"Wasps were all over the place, their heart wasn’t really in the game I don’t think. It was a really stop start game. I know it was forty odd points scored by Munster, but if they had of been ruthless, on their day a few years back, I think that could have been more like sixty or seventy, more of a Leinster score line to be honest with you.

"The positive that I see from Munster is that I feel there’s much more to come. If you’re winning games by forty points happy days, and you’re not playing brilliantly and to the best of your abilities as a team then that’s a good sign.

"And I know there’s been huge pressure coming down on Van Graan, I think it was all more or less down to the timing of when he said he was going to be leaving to go to Bath. And obviously Bath hadn’t won a game at that stage, and they’re like why on earth is he going there they thought he was dedicated to Munster."

'There's rumours going around that Andy Friend might not be a long-term coach for Connacht.'

Ferris went on to talk the style of play and game plan that Munster have, which he feels is behind those of Leinster and Ulster.

"I definitely don’t think they’re going to win the competition. I don’t feel like they have the quality, and they’re not playing with the quality.

"When you analyse the performance by Ulster, the skillset that they showed, and even Leinster the way they pass the ball the way they make line breaks, their support lines.

"If you take that little bit of an edge away from Munster up front I don’t feel like they have much more in terms in terms of a game plan, and you need more than that when it comes to the bigger knockout games." 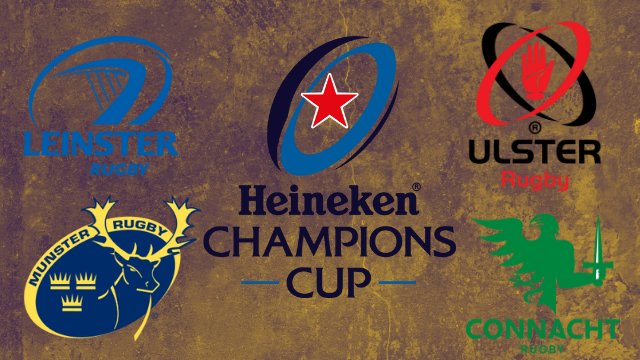