The scrum half selection was one of the biggest talking points ahead of the game. Craig Casey has been one of the in-form players on this island this past month. There was something really exciting about the prospect of watching him cross swords with Antoine Dupont. However, in the end, van Graan opted to start the experienced Conor Murray.

Stephen Ferris believes Craig Casey should have been picked to start.

Due to form and injuries, Murray’s appearances for the province have been limited this season. He's also been deputising for Jameson Gibson-Park with Ireland. Interestingly, some of Murray's best performances of the season have come as a substitute, namely the New Zealand game.

Speaking on The Buildup with Ladbrokes prior to the team announcement, Ferris believed this was a huge decision for Munster.

“Craig Casey was electric against Ulster, arguably Man of the Match in that game.

"If you are going to beat Toulouse you have to play with tempo, you can’t just keep kicking the ball away, like Ulster did in the second half at the Kingspan stadium and they ended up paying the price.”

Ferris believes that in order for Munster to give themselves the best chance of victory, Casey has to start to keep up Munster’s impressive run of form.

“Munster have to show the same tactics that they showed against Ulster a couple of weeks ago, against Cardiff, and keep the ball in hand and force this Toulouse to make mistakes and make that heavy pack run around the Aviva pitch.

For me personally, I’d play Craig Casey. He’s in really good from, his box kicking is exceptional. People are saying he’s got one of the best passes in world rugby.”

Casey will surely make a big impact from the bench. 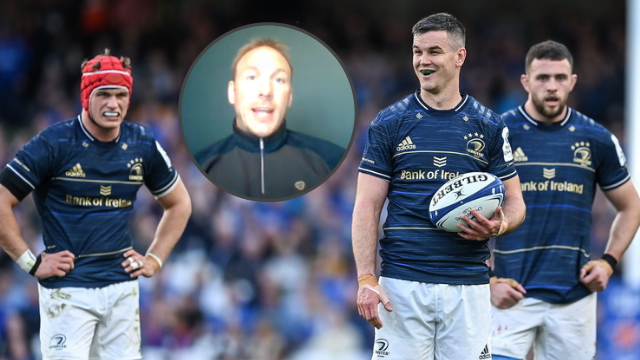 ladbrokes
5 hours ago
By Dylan Ryan
Has Rory McIlroy Overcome His Apparent Mental Block In Majors?
ladbrokes
4 days ago
By Luke Delaney
Punters Back Spieth and Lowry Ahead Of US PGA Championship
ladbrokes
1 week ago
By Luke Delaney
Leinster v Toulouse: Ferris Backing Blue In Champions Cup Semifinal
Popular on Balls
Golf
1 day ago
By Gary Connaughton
Padraig Harrington Glad He Didn't Have To 'Make A Decision' On Saudi Golf League
Motorsport
1 day ago
By Gary Connaughton
Carlos Sainz Worried About How 2022 F1 Cars Will Affect Health Of Drivers
46