"We've come a long way but we need to go a lot further regarding men's health in this country."

That's the verdict of Hector Ó hEochagáin. Hector is an ambassador for the Talk E.D. campaign, which is trying to open a conversation about erectile dysfunction amongst Irishmen. Hector is the ideal ambassador for such campaign because he excels in conversation. A 25-minute conversation with him touches on everything from the racing at Punchestown, the human endurance event that is Cheltenham, his love of snooker, podcasting and Manchester United, the art of the 7-10 split in 10-pin bowling, the mad passion that Mayo people have for GAA and the need for Irish men to be more open and honest with their feelings.

Irishmen have never been known for their emotional openness, but honest conversation is the best way to deal with difficult subjects like erectile dysfunction. Hector has noticed how one somewhat-recent development is helping men out of their shell. It's the rise of the Whatsapp group.

But it's not all slagging. Hector mentions a beloved friend who sadly died of cancer and the essential role of their Whatsapp group during some very difficult days.

'Our Whatsapp group gave him so much craic and enjoyment for the last two years,' he says.

Whatsapp groups connect mates from all over the world, as well as providing a safe space for men to share emotions.

'We're opening up a lot more about our feelings on Whatsapp instead of on a phonecall. Which is quite strange. There's more interaction amongst Irish men now - and friends - and Whatsapp has brought us together like we were when we were living in Galway. It's a good vehicle to say 'I'm not feeling 100%'. Or if your friend hasn't been on Whatsapp in awhile, if a good mate is being quiet. You would notice that a lot quicker on Whatsapp than you would in a normal environment. You learn their patterns.'

As an ambassador for Talk E.D., Hector has presented a number of videos with GPs, doctors and psychologists that encourage a more open discussion about the subject. While many taboos have been shattered in recent years, ED remains one of the most difficult things for men to speak about.

It affects an awful lot of men of all ages. To find out that there's so many men in this country that are suffering erectile dysfunction, and that can be caused by something that's mental or physical, and then you're entering into a whole new world that's very private. A man is supposed to be Thor-like, viking-like. We're supposed to be infallible. We're supposed to be able to perform. We're looking at a world with Instagram and six packs and porn has changed from the days when I used to have to smuggle a magazine out of school for days and smuggle it back in.

'I wanted to open a conversation about it. It's a very private thing but thankfully, we've got medication over the counter available for men, if they go into a pharmacist and ask for help.'

You can watch all of Hector's Talk E.D. interviews on his Facebook page.

SEE ALSO: How The Snooker Table Forged A Lifelong Friendship Between Hector And Tommy Tiernan 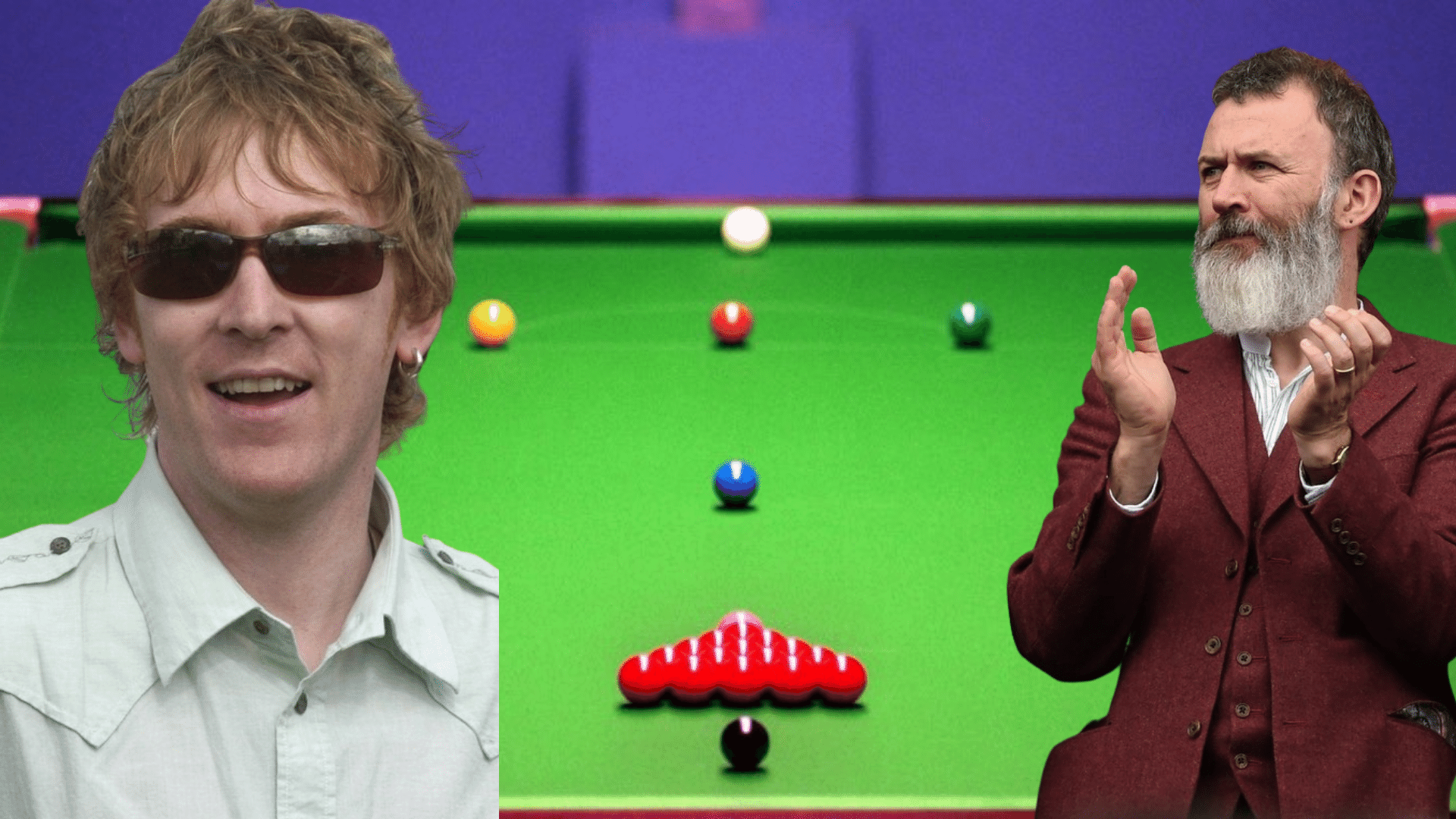 Fuel
6 months ago
By Vickey Nolan
10 Ways To Stay Mentally And Physically Healthy As The Lockdown Returns
Fuel
1 year ago
By PJ Browne
'When Something Like That Happens, You Don't Want It To Happen To Anybody Else's Family'
Mental Health
1 year ago
By Balls Team
Ronnie O'Sullivan On The Importance Of Moderation For Sport And Mental Health
Previous Next

Fuel
6 months ago
By Vickey Nolan
10 Ways To Stay Mentally And Physically Healthy As The Lockdown Returns
Fuel
1 year ago
By PJ Browne
'When Something Like That Happens, You Don't Want It To Happen To Anybody Else's Family'
Mental Health
1 year ago
By Balls Team
Ronnie O'Sullivan On The Importance Of Moderation For Sport And Mental Health
Popular on Balls
Rugby
15 hours ago
By Eoin Harrington
Mike Brown's 16-Year Harlequins Career Is Over After Stamping Ban Issued
Other Sports
16 hours ago
By Balls Team
12 Of The Most Cringeworthy Moments In Sporting History
The Rewind
12 hours ago
By Balls Team
The 5 Best Irish Accents By Foreigners In Cinema History
The Rewind
12 hours ago
By Donny Mahoney
The Best And Worst British Media Coverage Of The Ballymurphy Verdict