Would You Place This Monumental Bet On Conor McGregor To Beat Jose Aldo? 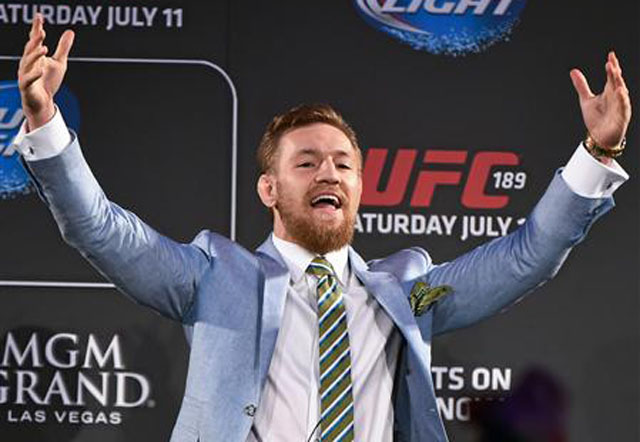 An unnamed man has placed €10,000 in a Dublin bookies on Conor McGregor to beat Jose Aldo on July 11th.

The build up to Conor McGregor and Jose Aldo has been all consuming and there has been plenty of attention surrounding the bout. This bit of news will only go to intensify intrigue.

Jose Aldo is the champion, the no. 1 ranked pound for pound fighter in all of UFC. McGregor is the contender. Bookies believe, however, that McGregor will become the favourite in no small part down to the fact that the Irish support around him will make sure he is. He started out at 21/20 and has moved to evens because of the five figure sum placed in Dublin.

Five figures? Would you have the balls to match that?

See Also: Y2J And Stephanie McMahon Discuss Her Boob Job And Vince Raging At The Rock