SBG vs Gracie: The Team Battle Waging Behind UFC 202 That Nobody Is Talking About

Looking over the McGregor v Diaz II card, you could be forgiven for glancing over the featherweight bout between Artem Lobov and Chris Avila on the preliminary card. That would be a mistake. The two represent a battle between SBG and Stockton and offer an intriguing sub-plot to an already scintillating card.

As with all cards featuring McGregor, the co-main event is set to be a barnstormer. Anthony 'Rumble' Johnson takes on Glover Teixera in what is really an unofficial no.1 contender bout for a shot at Daniel Cormier's Light-heavyweight strap. The rest of the card is what MMA heads might describe as stacked. 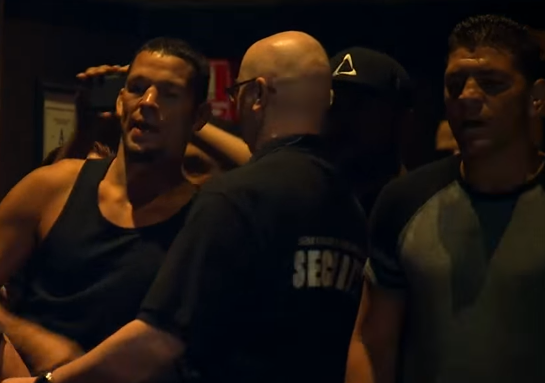 Nick and Nate signing off with a "F*ck your whole team" at the UFC 202 press conference last night.

But it's further down the card where the winds fanning the flames keeping this card hot are blowing. The fight between Artem Lobov, long time training partner of McGregor, and Nate Diaz's protoge Chris Avila, provides the prelude to a war between teams which goes back to UFC 196.

It's clear that the team element is playing on McGregor's mind, just yesterday he cut off a journalist to shout,

"F*ck team Diaz, and if you're down with team Diaz, then fuck you too!"

The first meeting between McGregor and Diaz was also surrounded by the rhetoric of team vs team. The press conferences were marked by both fighters firing shots at the other's training partners and teammates. In particular, after Diaz accused McGregor of using steroids during a press conference for UFC 196, McGregor shot back:

Diaz was unusually subdued in the run up to UFC 196 but he did speak up to attack the calibre of McGregor's training partners, believing that training with his superior Gracie team was giving him the edge over McGregor. Nate's older brother Nick also weighed in before the fight pointing out that his younger brother trains with top blackbelts while McGregor just trains with Irish amateurs who have jumped on the MMA bandwagon. McGregor naturally rejected all of that saying:

"I’d slap the heads off everyone in your team one by one, you and your big brother."

Classic. The trash talk has continued with Diaz continuing to claim that his team would beat McGregor's team with comments reminiscent of the playground argument between who's dad would win in a fight.

Lobov vs Avila can be seen as a battle between McGregor's SBG and Diaz's Gracie/ Stockton team but it must not be reduced to just that. It is a decisive manifestation of the trash talk between Diaz and McGregor, but it represents much more than that.

Lobov and Avila will be happy with their Shakespearean sub-plot adding draw to their bout, but it represents an incredibly important fight for both of them. Artem Lobov's MMA record is currently 12-13-1 but crucially, his UFC record stands at 0-2. With two defeats and no wins in the UFC, the 30-year-old is more than aware of how lucky he is to have a third bite of the cherry. 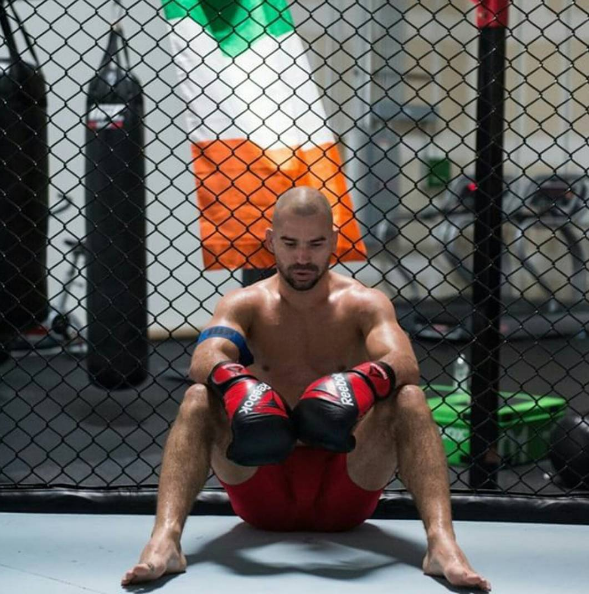 Lobov made it to the final of The Ultimate Fighter season 22 with McGregor as his mentor. He lost his initial fight to get into the house but was brought back as a wildcard before making it all the way to the final. He lost that final fight to submission specialist Ryan Hall and then again to Alex White last February, leaving his UFC career in dire shape.

Despite that, The Russian Hammer was quick to play down the significance of his UFC losses while speaking on Ariel Helwani's MMA Hour on Monday:

“Look at football teams you know, they often have two bad games and then they still win the season. To have two bad fights ins’t too big of a deal.”

He described how he had looked to be released from his UFC contract to take a fight in Russia but the offer to fight in the UFC again made him abandon all plans.

Lobov has struggled with consistency in his MMA career and has never been able to string more than 3 wins together so he'll be hoping that a win against Avila will spark the beginning of a successful career in the UFC, or at the very least, ensure his survival within it.

Diaz brothers teammate and Cesar Gracie student Chris Avila will be making his UFC debut with an MMA record of 5-2. He'll be making his bow against a much more experienced fighter in Lobov, but Diaz will be confident that his man can get the job done if his comment back in December is anything to go by:

"My whole team will f**kin' beat your whole teams ass how 'bout that?"

Lobov has warned that if Avila attempts to imitate the style of the Diaz brothers, ie. eat shots to the face forever, then it won't be a good night for him. Avila should be looking to stay on the outside of Lobov's immense striking power. He isn't called the Russian Hammer for the craic.

Lobov vs Avila gives us Straight Blast Gym vs Diaz/Gracie, Dublin vs California, and an answer to who has the better team and training partners. Grab the popcorn, this fight is the perfect prelude to a headliner that is already hugely significant to the career trajectory of both headline fighters.