The trilogy fight was called to a halt at the end of the first round due to a doctor's stoppage. McGregor had suffered what appeared to be a broken ankle.

"He fractured it on one of the checks at the beginning of the fight," said Poirier.

"Then it broke on a punch. When I pointed at him at the beginning of the fight, that's when I checked a good kick, I bet that's when it cracked. I felt something.

"When I was walking away, and he stayed down, I looked down at his shin and I saw it was disfigured. It's just weird that it held together. I went to sit on the stool and someone from my corner told me, 'This is over'." 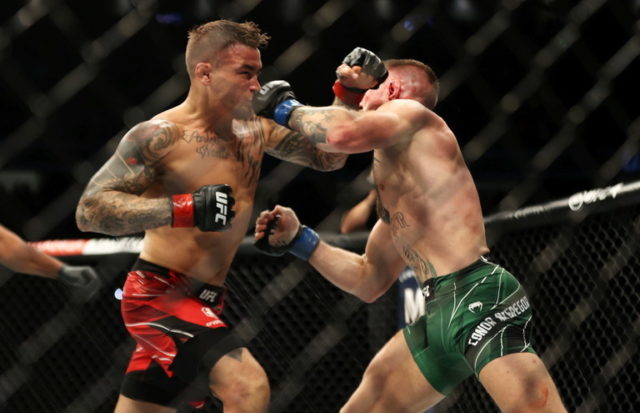 The two fighters had traded insults in the build-up to the bout. Poirier had no issue with general trash talk but McGregor saying that he was going to kill him did anger the American. The 32-year-old also accused McGregor of using some dirty tricks during the fight.

"There’s no holds barred on the trash talk," said Poirier.

"But murder’s something you don’t clown around on. There’s no coming back from that.

"This guy was saying he’s going to murder me and all kinds of stuff, he's telling me he’s going to kill me, I’m going to leave here in a coffin. You don’t talk like that to people man.

"I hope this guy gets home safe to his beautiful family, you know.

"He was putting his fingers in my glove, pulling me down to throw the upkicks. I was trying to let Herb [Dean, the referee] know that. This guy’s a dirtbag, man.

"That's why I let him up. I let him up because he had three fingers in my glove. He's pulling me down into upkicks. I'm not surprised that he does that type of stuff.

Conor McGregor heard something he didn't like before the official decision.#UFC264 pic.twitter.com/7UNauiqUWj

"I'm telling Herb, 'I can't get out of it'. When I told Herb, maybe, Conor pulled his fingers out.

"He got what he had coming to him. Karma’s not a bitch, she’s a mirror, and this guy’s said the wrong shit, and I’ve been busting my ass. Sometimes these things happens. Naw, I beat the guy."

Poirier's next fight will be against Charles Oliviera for the UFC lightweight belt. However, he did also say that he and McGregor will fight for a fourth time.

"We are going to fight again, whether it is in the octagon or on the sidewalk. You don't say the stuff he said," Poirier said. 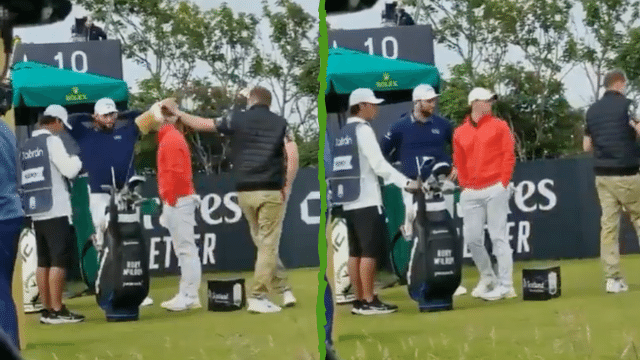 MMA
1 year ago
By Donny Mahoney
Ireland's UFC Fighters: Where Are They Now?
Previous Next

MMA
1 year ago
By Balls Team
Conor McGregor 'Not That Upset' After Defeat To Dustin Poirier
MMA
1 year ago
By Balls Team
Revenge For Dustin Poirier As He Hammers Conor McGregor
MMA
1 year ago
By Donny Mahoney
Ireland's UFC Fighters: Where Are They Now?
Popular on Balls
Rugby
2 days ago
By Colman Stanley
Keith Earls Shares Story That Captures Andy Farrell's Decency
Football
1 day ago
By PJ Browne
'If He Continues With Performances And Goals Like That, Stephen Kenny Will See It'
Football
2 days ago
By Eoin Harrington
Quiz: Name Every Player To Score In A Champions League Final
Football
20 hours ago
By Gary Connaughton
Portsmouth Likely To Retain Gavin Bazunu This Month Despite Championship Interest