Chael Sonnen has claimed Conor McGregor will lose a huge 27 pounds in just 8 days before his interim world title fight against Chad Mendes at UFC 189.

For a featherweight, McGregor is a big guy, that's always been clear. However, Sonnen's comments put into perspective just how much the Dubliner has to do to make weight. The drop to 145 pounds to make weight for this weekend's bout is an incredible loss of two stone.

It's hard to know how such a huge drop could effect his performance but McGregor was dominant in his second round stoppage of Denis Siver in his last bout. He made fight weight of 145 pounds exactly.

He's very lean. He's got a very media heavy schedule. One, how does he lose the weight? And two, how does he find the time? I don't know.

McGregor himself hasn't exactly helped worries over the extreme weight loss by posting this picture in Instagram looking rather exhausted five days out from the fight. 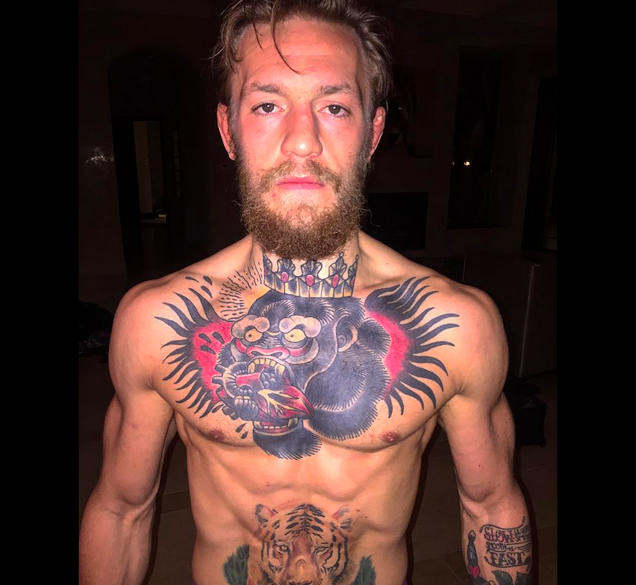 Chad Mendes is his opponent at UFC 189, stepping in for the injured Jose Aldo. If the Dubliner defeats Mendes, he can finally silence the "he's lose if he fights a wrestler" bandwagon of critics.

McGregor has an eight-inch reach advantage and is four inches taller than 5ft 6 Mendes. The general consensus is it's advantage McGregor if the fighters stay on their feet, but the ground will favour Mendes.

It's set to be a great fight despite the withdrawal of Aldo. Those who stay up will finally find out if Conor McGregor can beat a wrestler, and if he can keep his word to Mendes and rest his balls on his forehead.

Other Sports
2 years ago
By Aonghus Ó Maicín
One Of The Most Famous Names In MMA Calls Time On His Career
MMA
5 years ago
By John Balfe
Chael Sonnen Will Face Massive Penalties If He Fails A Bellator Drug Test
MMA
5 years ago
By John Balfe
Chael Sonnen Tells Incredible Story About Vince McMahon's Attempts To Sabotage The UFC
Popular on Balls
Football
20 hours ago
By Luke Delaney
Europa League Final: Five Arrests As Frankfurt Supporters Attack Rangers Fans
GAA
1 day ago
By Luke Delaney
Jackie Tyrell Calls For 'Accountability' For Players Who Feign Injury
GAA
21 hours ago
By PJ Browne
'I Had Some Troubles In My Later Teens. GAA Wasn't A Big Thing For Me'
Football
1 day ago
By Colman Stanley
Wagatha Christie Trial Sheds New Light On England's Euro 2016 Disaster