Conor McGregor 'Not That Upset' After Defeat To Dustin Poirier

On Sunday in Abu Dhabi, Dustin Poirier gained revenge on Conor McGregor for the 2014 defeat which the Dubliner inflicted upon him.

The loss was McGregor's first by knockout. His previous four defeats had all been by submission.

It was a series of punches from Poirier, two-and-a-half minutes into the second round, which saw referee Herb Dean step in to stop the action. However, it was Poirier continuously targetting McGregor's calf with a low kick which had done the real damage.

"Me leg is completely dead," McGregor said in the post-fight press conference.

"Even though it felt like I was checking them, it was sinking into the muscle at the front of the leg. It was badly compromised. It's like an American football in me suit.

"Dustin fought a hell of a fight. He engaged a takedown attempt. I thought I did well, got up and turned him. I felt alright going into the clinch with him. I was better than him in the clinch. It was too little, too late - the leg was compromised, and I didn't adjust.

"I toughed out as much as I could. It was an unusual one, that's for sure. Where I would feel OK in sparring checking that side... I lifted the leg up multiple times but it just sunk into the muscle at the front. Dustin had good solid defence as well. When I was pressing forward with the shots, he was defending well.

"It's a bitter pill to swallow. I don't even know whether I'm that upset. I don't know to say."

"I'll certainly regroup and pick myself up, get up off the floor and go again," said McGregor in response.

"Styles make fights. There's many great stylistic match-ups out there. Me and Dustin are 1-1, myself and Nate (Diaz) are 1-1.

"I'll adopt a different approach for a trilogy with Dustin because those leg kicks are not to be messed with. That low calf kick, I've never experienced that. It's not that I haven't got the style in me to switch it up and keep that at bay. I have a lot more weapons I didn't get to show. It wasn't my night.

"There's not a mark on my face. I wasn't rattled with anything. I just had no leg.

"I'm not that upset, which is another weird one for me. I put in an immense amount of work and gave it my all."

Ireland's UFC Fighters: Where Are They Now? 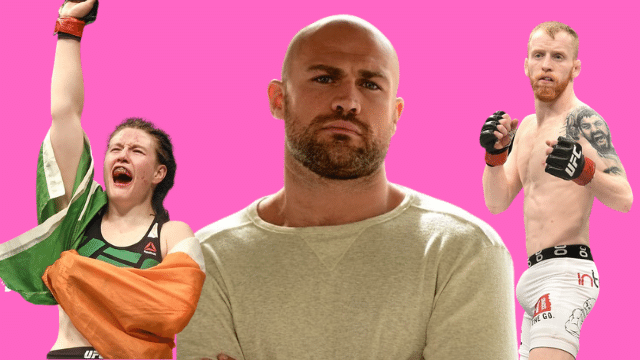 MMA
11 months ago
By Donny Mahoney
Ireland's UFC Fighters: Where Are They Now?
Previous Next

MMA
6 months ago
By PJ Browne
Dustin Poirier Accuses Conor McGregor Of Dirty Tricks During Fight
MMA
11 months ago
By Balls Team
Revenge For Dustin Poirier As He Hammers Conor McGregor
MMA
11 months ago
By Donny Mahoney
Ireland's UFC Fighters: Where Are They Now?
Popular on Balls
Football
1 day ago
By John Dodge
These Are The Irish Footballers Who've Received Ballon D'Or Votes
Rugby
10 hours ago
By Colman Stanley
Jimmy O'Brien Announced His Arrival On The Biggest Stage This Afternoon
The Rewind
14 hours ago
By Gary Connaughton
Quiz: From Which Irish County Did This Company/Product Originate?
Football
17 hours ago
By Gary Connaughton
Carragher Reveals Unhappy Instagram Message From Lionel Messi After MNF Comments