Revenge For Dustin Poirier As He Hammers Conor McGregor

Dustin Poirier stopped Conor McGregor in the second round of their lightweight bout at UFC 257 on Sunday.

The American landed a left hand which hurt the Dubliner and led to him unleashing a series of punches. McGregor hit the canvas and referee Herb Dean stepped in to stop the fight with two-and-half minutes of the round elapsed as Poirier landed punch after punch.

McGregor had taken the first round but Poirier continuously hurt the Irishman with several regular kicks to his right calf.

For Poirier, it was to revenge for the defeat which McGregor inflicted on him just over six years ago at UFC 178.

The fight was the third loss of McGregor's UFC career and his fifth overall. It was also his first knockout defeat of his career. The previous four had been by submission.

"I put in the work. Conor took this result professionally. We're 1-1, maybe we have to do it again." 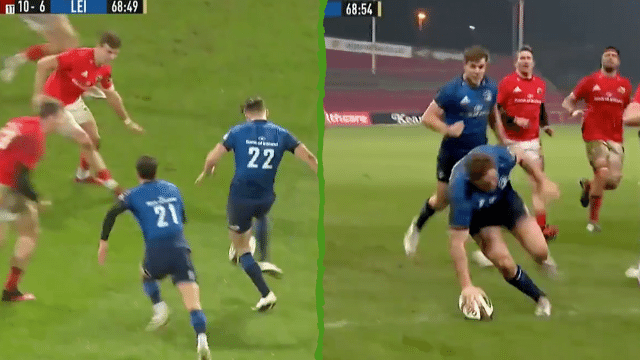 MMA
11 months ago
By Donny Mahoney
Ireland's UFC Fighters: Where Are They Now?
Previous Next

MMA
6 months ago
By PJ Browne
Dustin Poirier Accuses Conor McGregor Of Dirty Tricks During Fight
MMA
11 months ago
By Balls Team
Conor McGregor 'Not That Upset' After Defeat To Dustin Poirier
MMA
11 months ago
By Donny Mahoney
Ireland's UFC Fighters: Where Are They Now?
Popular on Balls
Football
1 day ago
By John Dodge
These Are The Irish Footballers Who've Received Ballon D'Or Votes
Rugby
9 hours ago
By Colman Stanley
Jimmy O'Brien Announced His Arrival On The Biggest Stage This Afternoon
The Rewind
13 hours ago
By Gary Connaughton
Quiz: From Which Irish County Did This Company/Product Originate?
Football
15 hours ago
By Gary Connaughton
Carragher Reveals Unhappy Instagram Message From Lionel Messi After MNF Comments