John Kavanagh has revealed this evening that one of his fighters, Icelandic welterweight Gunnar Nelson, has been offered the chance to fight Darren Till in the upcoming UFC London which takes place on the 18th of March.

So @ufc have offered @GunniNelson v @darrentill2 main event #UFCLondon we've agreed so hoping to hear confirmation soon ?how do you guys like the match up? I'm reminded of the Thatch fight, big strong striker but I think Till is tougher challenge. One way to find out... pic.twitter.com/b7U81FpzBf

After a controversial loss To Santiago Ponzinibbio, Nelson will look to get his UFC career back on track against Liverpudlian prospect Darren Till, who signed a five fight deal with the Ultimate Fighting Championship back in August.

Till is perhaps the hottest young fighter the UFC have right now, After a huge win back in October against Donald "Cowboy" Cerrone at UFC Fight Night 118, the Liverpool native has his eyes on the the ultimate prize, the UFC Welterweight title.

Balls.ie spoke to Till only last week where he revealed Stephen 'Wonderboy' Thompson as his preferred option for his next opponent.

But he appears to be quite happy with fighting Nelson, at least going off their Twitter back and forth: 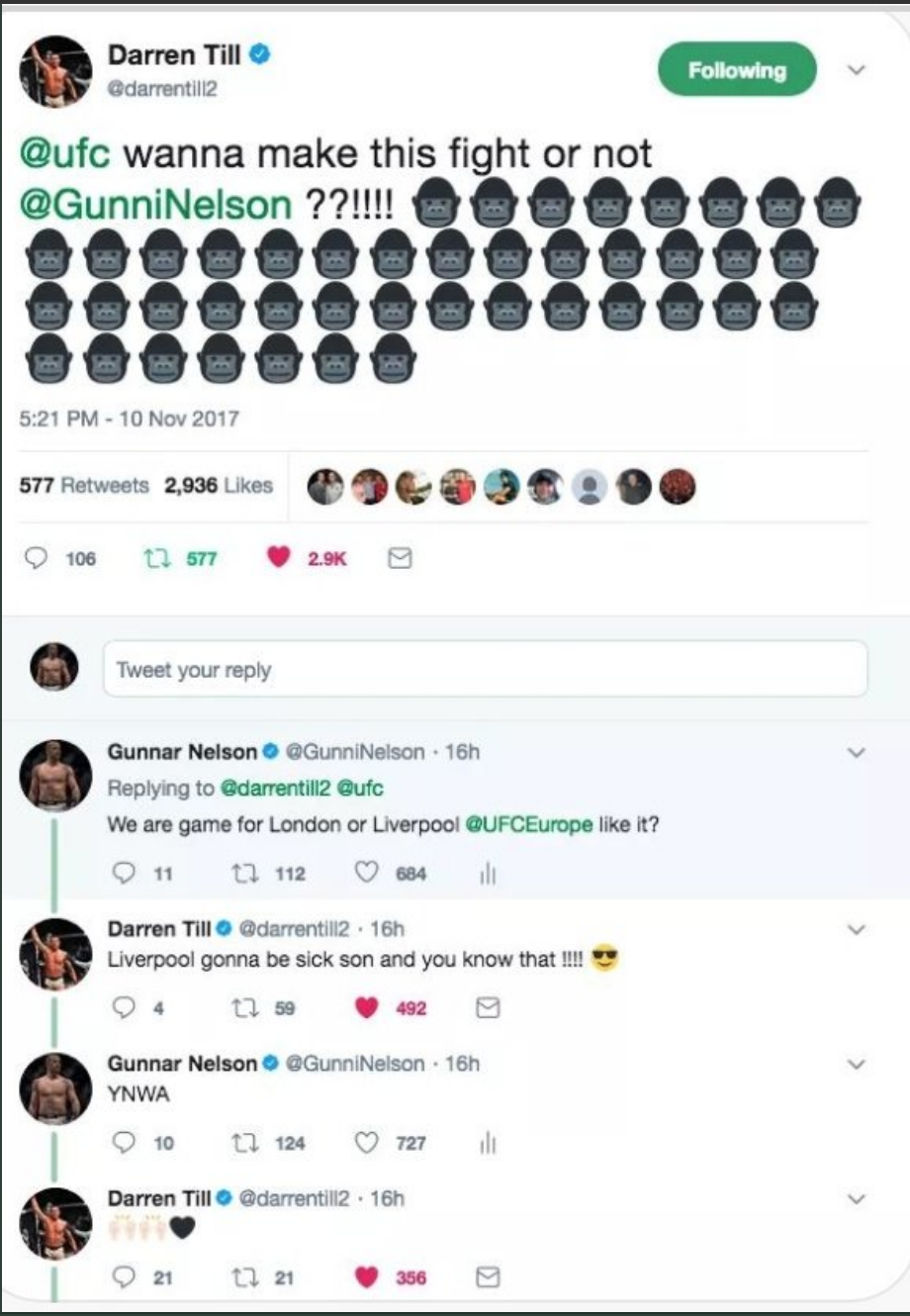 Nelson has cut an extremely likeable figure during his brief career in the spotlight of the UFC. The humble Nordic is the polar opposite of his SBG team mate Conor McGregor, though coming off the back of a loss, Nelson is at a crossroads in his MMA career. He was the subject of some accidental/on purpose eye pokes in his last fight which led to a first round TKO, hopefully he will have more luck in the octagon this time out.

MMA
1 year ago
By Gary Connaughton
Report: Huge Fight Lined Up For UFC's Return To Dublin This August
MMA
2 years ago
By Aaron Strain
English UFC Star Darren Till Arrested After 'Stealing Taxi' In Tenerife
MMA
3 years ago
By PJ Browne
Tyron Woodley Impresses As He Takes Just Two Rounds To Finish Darren Till
Previous Next