There's probably not a better time than now for young mixed martial artists in this country.

The latest product of Team KF is Irishman Taka 'The Cat' Mhandu. At 23-years-of-age, 'The Cat' is 6-0 as an amateur and making his professional debut this weekend.

Taka will be making the massive journey to South Africa for his inaugural pro fight, debuting in Africa's biggest promotion EFC.

So here's five reasons why you should be tuning in to see the debut of 'The Cat' on Saturday morning.

An amateur record of 6-0 is impressive enough, but Mhandu has won belts performing at the likes of Clan Wars, Budo FC and Cage Warriors challenger events. He made the venture into MMA from a kickboxing background, and despite his record has only been training since 2017.

2 - He trains with a slew of other MMA prodigies

New UFC signee Ian Garry used to be a Team KF standout, but Taka is put through his paces with plenty of other talent. You've the likes of James Webb, a Cage Warriors stalwart, as well as Ryan and Adam Shelley to name a few. They're certainly making their mark.

3 - He went viral for this clip below

I’m like a pint of Guinness. Black and Irish pic.twitter.com/UMXkGkdfBH

Put this in the category of things you love to see. Mhandu handled this reporters question extremely well, correcting him on his misplacement of Ireland in the UK. Over 1,200 retweets and 17,000 likes later.

4 - His fight this weekend is a long awaited journey

Taka was born in Zimbabwe, not too distanced from Johannesburg where he'll debut. Sadly his father passed away when he was younger, and Taka couldn't make the trip over to see his grave. After 12 years, he'll return to Africa and Zimbabwe to visit it, as he told Severe MMA.

5 - He has a familiar face in his corner

Not only is Mhandu coached two Irish MMA greats in Chris Fields and Tom King, but he'll be joined in South Africa by former UFC fighter Cathal Pendred. Between the three of them, there's bags of experience that will no doubt be a huge benefit to Taka on his martial arts journey.

EFC have a livestream of the event on Saturday morning, where the card will go live at 8am Irish time. Let's go Taka.

See Also: "The Team Is Sticking Together For Paris" - Aidan & Michaela Walsh On Life After Tokyo 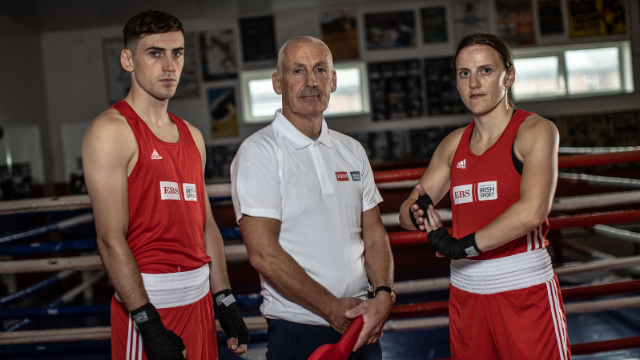 Fuel
4 years ago
By Gavan Casey
Watch: Conor McGregor And Mick Conlan Train Together In California Boxing Gym
Previous Next