We can't imagine that there are many traditional fight fans who are big supporters of Jake Paul.

The YouTuber has been something of a blight on boxing in recent times, taking part in a few way overhyped fights against opponents with little to no boxing talent. Despite how annoying he is, you have to begrudgingly admit he has definitely maximised his earning power.

That is not something that can be said of many fighters in the UFC. Whereas massive money fights occur regularly in boxing, it is much more difficult for stars in the MMA promotion to make the big bucks.

With the exception of a handful of fighters, there is a sense that very few in the UFC are earning what they are worth.

Surprisingly, Jake Paul has actually spoken some sense on the subject. He is set to fight former UFC welterweight champion Tyron Woodley later this year, and believes that their fighters are being exploited to line the pockets of the promotion's owners.

Is he lying?? Exactly! @jakepaul for the win! pic.twitter.com/1ji8xcCwCS

There is a movement moving forward that is showing fighters should get paid more. It is unfair that UFC don't have fair pay.

Of all the sports, the percentage that the owners get versus the lowest, they are the lowest. Francis Ngannou versus Jon Jones, that should happen.

Chris Weidman goes in and snaps his leg in half, what does that look like? He may never be able to fight again and provide food for his family.

These fighters are risking their lives, you can quite literally die in the ring. They need to be compensated more. I'm a big proponent of that movement and being in control.

It's just like music labels, it's the same thing. There artists are being owned and being locked into these shitty contracts and don't know what to do.

We will probably only say this once, but Jake Paul is not wrong. 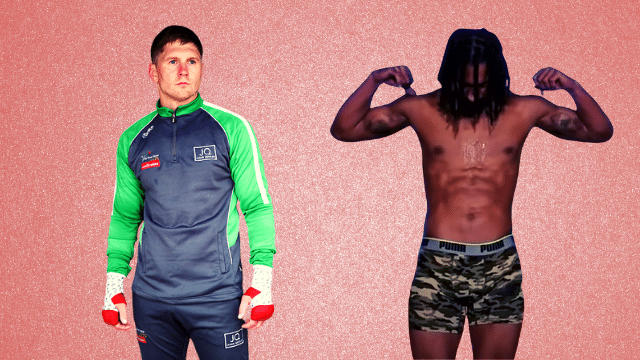