For the second time this week, Joe Rogan has apologised for something he said in relation to Jose Aldo following the shock 13 second KO defeat at the hands of Conor McGregor.

Earlier this week, he apologised for his part in the post-fight interview with Jose Aldo in which the former featherweight champ's thoughts on the defeat appeared to get lost in translation somewhat. That was a rather short, sharp apology for something which was not really his fault. This time around however, his apology is rather more extensive.

Rogan has taken to his Facebook account to give his thoughts on the leaked audio from UFC 194 in which his analysis of Jose Aldo in the moments before the fight became public knowledge. Whatever about the belief that Aldo looked nervous, it seems the possibility that Rogan may have been alluding to previous PED use by the Brazilian has not gone down well with a lot of people.

Rogan had claimed that Aldo looked 'soft' at UFC 194. That belief was further discussed in his podcast this week and, off the back of that, he has now offered the following apology to Aldo and his camp along with these two images. 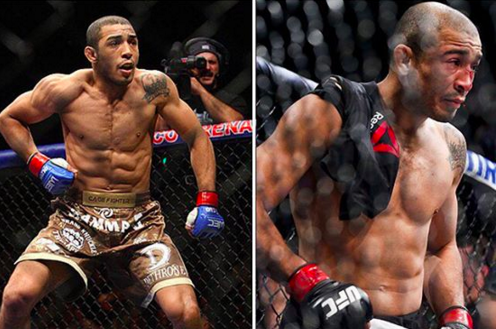 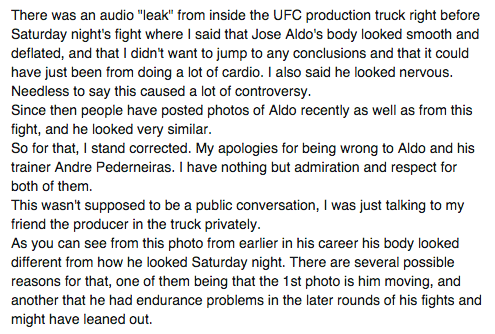 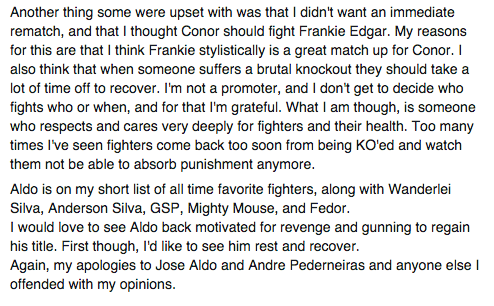 It's certainly been an interesting sidenote to UFC 194. Rogan has said that his UFC contract is up in August and that he may leave the organisation. What effect this incident has on that is yet unclear but it's certainly something we'll be keeping an eye over the next few months.