Khabib Lets Himself Down With Sexist Comments On Women Fighters

Khabib Nurmagomedov has spoken out against women fighters in a Q and A session in Saudi Arabia yesterday.

The Dagestani fighter was speaking at the event, and was asked by a journalist about how women can get into the fighting industry. His response left a lot to be desired:

Be a fighter inside the home.

One more advice, all the time 'finish' their husband.

Khabib just triggered every single feminist on the planet?? pic.twitter.com/cE4DKquiFg

A stunning lack of tact from the current Lightweight champion, though his views may be linked to his Muslim upbringing, his comments were unbecoming of a man that is one of the biggest names in the UFC.

His words will not go down well with many fight fans, as well as the female MMA fighters on the UFC roster and it will be interesting to see if the Eagle will backtrack on his comments following the outrage his opinion has provoked. 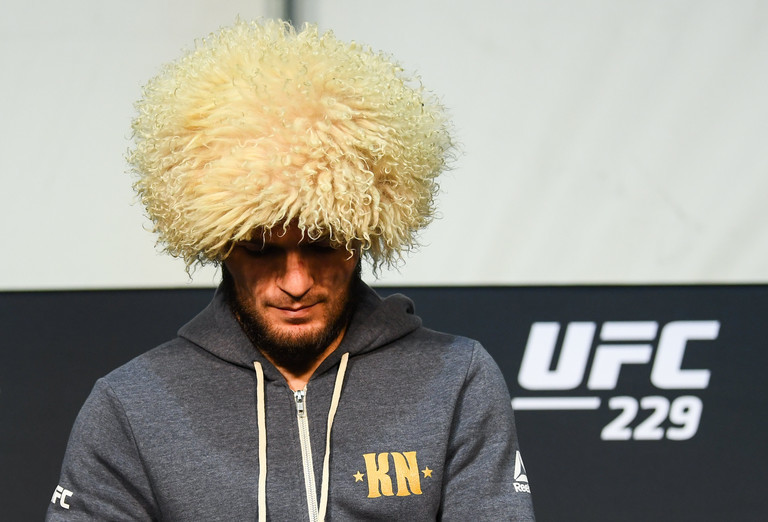 Nurmagomedov is still on something of a victory tour following his win over Conor McGregor back in October. The 30-year-old is also still waiting to receive punishment for the melee which marred the end of UFC 229, where he jumped out of the octagon and attacked McGregor team mate Dillon Danis.

MMA
1 year ago
By Emmet Bradshaw
McGregor's Team-Mate Hit With Lengthy Suspension After UFC 229 Brawl
Popular on Balls
GAA
10 hours ago
By Gary Connaughton
Confirmed: We Now Have An Official Date For The GAA's Return
11