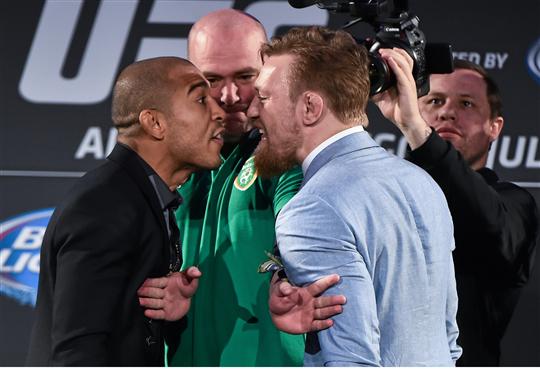 The hit and run incident involving UFC's number one fighter has caused a shake-up within the UFC rankings and in the most recent update Jose Aldo has taken his place as the best pound for pound fighter in the world. Jon Jones has been removed and it appears as though UFC is taking the hardest possible lines on Jones until the investigation into his arrest is taken care of.

Conor McGregor still doesn't feature and Dominick Cruz from the bantamweight division moves into the rankings. While it doesn't really tell us a whole lot more than we already know, it does really say something when McGregor's next opponent sits proudly at the top of the pound for pound ranking.

While McGregor is renowned for his ability to play mind games and psyche out his opponents, this might prove psychologically impeding to the Irishman. We doubt it, but it's possible.