NSAC Chairman: We Should Have Kept Conor McGregor's Purse

Today the Nevada State Athletics Commission conducted a hearing to discuss the post fight melee which marred the end of Khabib Nurmagomedov's win over Conor McGregor.

During the meeting both figher's NAC suspensions were extended indefinitely until a further hearing in December. 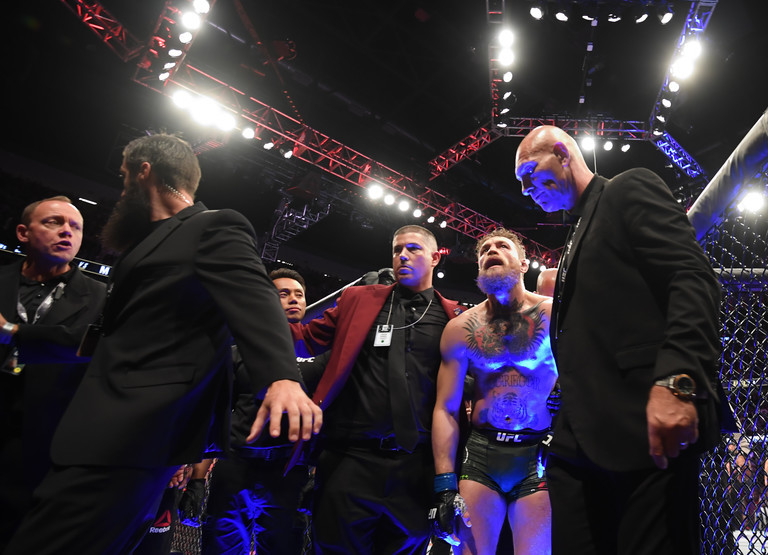 The panel also decided to release $1 million of Khabib's $2 million purse on the night, with Chairman Anthony Marnell arguing that it would be appropriate to release the funds in order for Khabib to pay his cornermen and team.

He also stated that if the relevant video had been available to him at the time, then he would not have released McGregor's purse. The footage he is referring to is most likely the clip which shows McGregor taking a swing at one of Nurmagomedov's trainers when both were climbing over the cage, thought the commission also stated that Khabib jumping over the cage was a catalyst for the ensuing chaos.

During the hearing, Marnell also revealed roughly how much Khabib was paid to fight McGregor; $ 2 million to show with a further $4 million from his pay-per-view deal.

As for actual punishment, we will not know what the NSAC has in store for either fighter until December, though ESPN reporter Brett Okamoto that there is no defined limit to the punitive measures the commission could take.

The attorney general just informed the commission they are authorized to ban Nurmagomedov and McGregor for life, and fine them 100 percent of their respective purses. That won't happen, but it's worth noting there is really no limit on the possible punishment, based on NSAC regs.