The American Response To 'The Notorious' Documentary Has Been Very Interesting 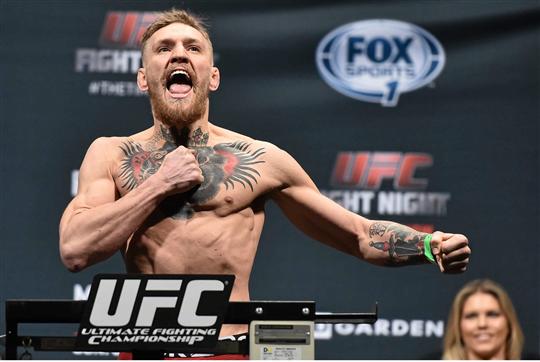 'The Notorious' documentary that we all thoroughly enjoyed on RTÉ has move to America and the reaction from a new audience has been interesting to say the least. The documentary premiered on Fox Sports this week and the six episodes will play for the remainder of the week on the American network.

While his fight against Jose Aldo still two months away, people can not get enough of the charismatic Irishman. The documentary that was highlighted as one of the finest involving a UFC competitor received an uproarious reception in Ireland and it seems Americans are in the same boat.

@ufc @TheNotoriousMMA @FOXSports1 - Conor should be on every card as a promoter, he's good at it.

Watching @TheNotoriousMMA in his documentary "The Notorious" on @FOXSportsLive. This stuff is great!

Really enjoying #TheNotorious special on @FOXSports1. @TheNotoriousMMA is doing his thing and chasing his dream. Can't hate him for that. — J. Romero (@AverageJoeArt) April 30, 2015

Finally watching #TheNotorious - there's a reason why the cameras are always following the young man around. Must see series . — Reno Ghost (@DW_Reno) April 29, 2015

My obsession with @TheNotoriousMMA is real. Watching another episode of #TheNotorious — Stephanie Lynn (@steph_careless) April 30, 2015

McGregor plays the divisive role perfectly and while the reaction has been largely positive, some people are sick of McGregor and are really looking forward to seeing him meet his match when Aldo and the Dubliner step into the octagon.

We aren't ostriches with our heads in the sand, we understand that the animosity towards McGregor is present too.

@TheNotoriousMMA I wouldn't watch this series even if the @ufc & @FOXSports1 pays me. #JackAss — Ricardo Latouche (@jimboscom) April 30, 2015

And then the severely apathetic...

See Also: The ‘Superfight’ That Is Being Lined Up For Conor McGregor After Jose Aldo