Two Years After The Irish Takeover At UFC Dublin: Where Are Those Fighters Now?

July 19th 2014 was a watershed day for Irish mixed martial arts. Up until then the sport was perceived by many as nothing more than a sidehow, fodder for faux outrage on radio phone-in shows but it was on that warm summer's evening in The O2 that the Irish MMA landscape changed forever.

Even before he had thrown his first punch in the octagon Conor McGregor was making lofty claims that he would be the person to bring the UFC back to Ireland five years after their last appearance. Not only that, McGregor had pledged to bring the fighters he has grown up with on the mats with him to the big show to join him in Irish MMA's coming out party.

McGregor, Gunnar Nelson, Norman Parke, Cathal Pendred, Neil Seery and Paddy Holohan all won their fights in Dublin's docklands and, in doing so, created a piece of MMA history that will endure long after all of these men hang up their gloves. It was so perfect that no one, not even Mystic Mac himself, could have predicted how well the night would go.

The six fighters with Irish connections who competed that night have experienced mixed fortunes since that night in The O2.

It's incredible to think that two years ago Conor McGregor had just two UFC bouts under his belt and was returning to the cage for his first test since tearing his ACL in a win over Max Holloway.

Still a relative newcomer to the UFC, the Dubliner was trusted with headlining his hometown show first against Cole Miller and, when a thumb injury ruled him out, Diego Brandao was the fighter who got the call to try and play the spoiler. You don't need us to tell you what happened next but, in case you do, McGregor dominated the Brazilian and won via TKO inside the first round in a performance very much worthy of  the moment.

But the time McGregor had his hand raised in the centre of the cage in the rapturous building, he uttered what became one of his most famous soundbites.

I said it last year, we're not here just to take part. We're here to take over!

Any regular readers to these pages won't need any updating on where McGregor is at this point in his career. He dethroned Jose Aldo in one of the most anticipated fights in UFC history and moved in weight in search of challenges new. He found one in Nate Diaz and McGregor will have his second shot at the Californian on August 20th. 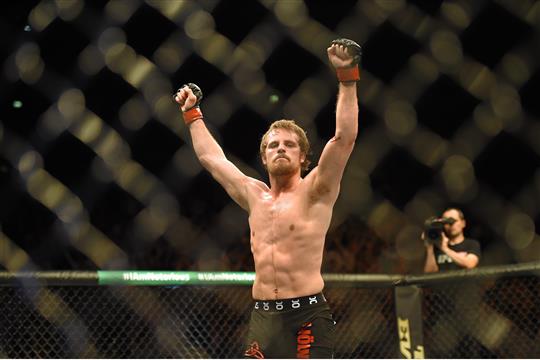 It doesn't matter that Gunnar Nelson is Icelandic, he is one of us. Nelson has trained in Dublin for a large part of his mixed martial arts adventure alongside Conor McGregor and under the stewardship of John Kavanagh. Cummings, a former middleweight, was significantly bigger in the cage than Nelson but once the Icelandic submission whiz got the American wrestler to the floor, the fight was as good as over.

This victory expanded Nelson's unbeaten record to 13-0-1 but barely three months later he would lose his first career bout to Rick Story in Stockholm. A submission win over Brandon Thatch followed before Gunni was out-grappled by the masterful Demian Maia at UFC 194 last December. Nelson rebounded from this second defeat with arguably the best performance of his career against the hugely promising striker Albert Tumenov in Rotterdam last May.

Despite the extremely one-sided loss to Maia, it's becoming harder to shake the feeling that Gunnar Nelson will one day be UFC welterweight champion. 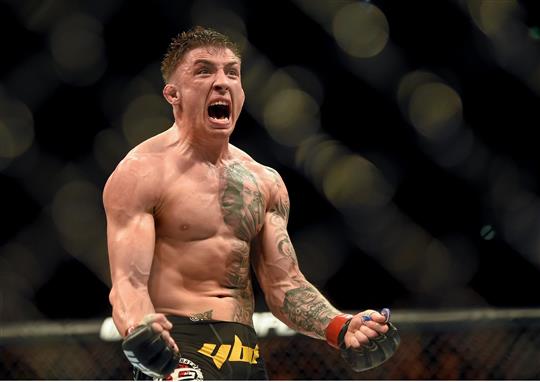 Northern Irishman Parke was given as rapturous a welcome to The O2 as anyone else on the card (bar McGregor obviously) and he clearly harnessed that crowd reception and unleashed it on the unfortunate Naoyuki Kotani that night, finishing the fight with strikes in the second round.

Parke fought again in the same arena just last October, pipping Reza Madadi to the judge's decision but was let go by the UFC after dropping his last fight to Rustam Khabilov in February. Currently back on the local scene, Parke can expect to be back in UFC contention with a couple of wins under his belt - particularly if/when the UFC holds more events in Ireland & Northern Ireland. 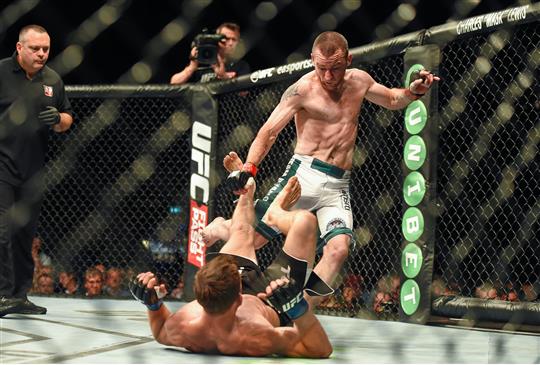 There aren't many more beloved fighters in the UFC than Neil Seery. The Team Ryano veteran is a fighter's fighter - always willing to take anybody on and if he comes up short, no big deal. He has to work on Monday morning anyway. Seery is a rarity amongst UFC athletes in that he actually holds down a regular 9-5 job in addition to training several times a week to separate men from their consciousness.

Seery rematched Phil Harris on the UFC Dublin card, a fighter who had previously earned a decision win against the man they call '2Tap'. This time around, it was all Neil Seery. The Dubliner took home a comprehensive unanimous decision and there aren't many men in Irish MMA more deserving of a standing ovation in Ireland's biggest indoor arena than Neil Seery.

Seery has gone 3-3 in his UFC run, most recently losing a decision to former #1 Kyoji Horiguchi in Rotterdam but his all action style has clearly impressed the UFC matchmakers and you can expect to see Neil Seery on UFC cards for as long as he is happy to compete. 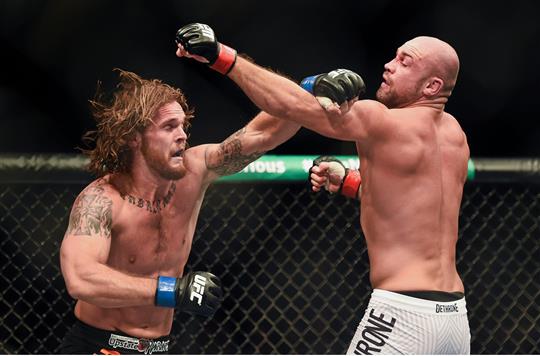 The most singularly jaw-dropping fight on the entire card, Cathal Pendred vs Mike King was possibly the most dramatic mixed martial arts bout to have ever taken place on the island of Ireland. King and Pendred, both of whom were castmembers on The Ultimate Fighter, raced at each other from the opening moments of the fight but it was Pendred who found himself on his back and attempting to navigate the storm that the American wrestler was conjuring.

Pendred survived the round, harnessed the gritty determination of his and took a come-from-behind win by choking King unconcious, sending the arena into raptures and earning himself an extra €50k as a performance bonus.

Pendred would go on a 4-0 run in the UFC, adding victories over Gasan Umalotov, Sean Spencer, Augusto Montano before losing successive fights to John Howard and Tom Breese. After the Breese loss, Pendred retired from MMA and now operates chains of the Chopped health food shop.

A post shared by Paddy "The Hooligan" Holohan (@paddyholohanmma)

You never envy the curtain jerker on the nights like this. So much expectation, so much responsibility and it all fell on the shoulders of Tallaght native Paddy Holohan and, as it turned out, there was no better man for the job.

Holohan was returning to the cage for the first time in almost exactly two years after a back injury cost him some of his career and, judging by the evidence at least, he wasn't exactly savouring his time in there. 'The Hooligan' took just over three minutes to lock on a rear naked choke to Sampo who, with three taps of his hand, raised 10,000 people off their seats in The O2 and set in motion a series of events which will live long in the memories of all who were there.

Holohan announced his retirement from MMA in April after revealing he suffers from a non-contagious blood disorder which affects his body's ability to clot blood. Holohan leaves the game with a very respectable MMA record of 12-2-1 and is now head coach at the new SBG Tallaght training facility.

MMA
1 year ago
By Donny Mahoney
Ireland's UFC Fighters: Where Are They Now?
MMA
4 years ago
By Mikey Traynor
Cathal Pendred Lands Leading Role In New Amazon Horror Anthology Series
MMA
6 years ago
By Gary Reilly
Conor McGregor Has Paid One Hell Of A Tribute To Cathal Pendred
Previous Next

MMA
1 year ago
By Donny Mahoney
Ireland's UFC Fighters: Where Are They Now?
MMA
4 years ago
By Mikey Traynor
Cathal Pendred Lands Leading Role In New Amazon Horror Anthology Series
MMA
6 years ago
By Gary Reilly
Conor McGregor Has Paid One Hell Of A Tribute To Cathal Pendred
Popular on Balls
Football
2 days ago
By Jonathan Byrne
Report: Festy Ebosele Attracting Interest From Bundesliga And Serie A
Football
9 hours ago
By PJ Browne
'If He Continues With Performances And Goals Like That, Stephen Kenny Will See It'
GAA
2 days ago
By PJ Browne
Army Gave Sue Ramsbottom No Time To Drown Sorrows After Laois All-Ireland Loss
Football
1 day ago
By Jonathan Byrne
Peter Crouch's Stories of Being David Ginola's Bootboy Are Comedy Gold