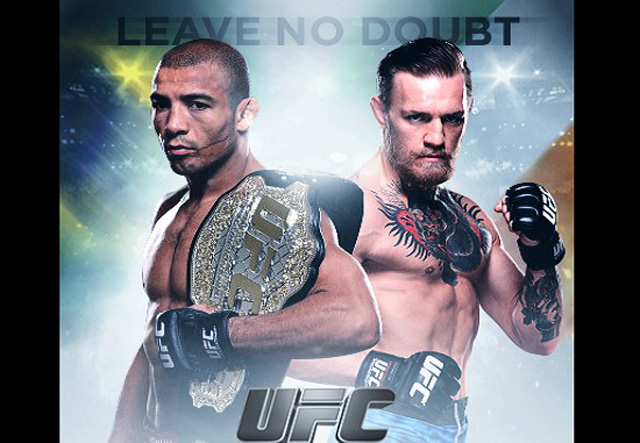 UFC featherweight champ Jose Aldo doesn't see any noticeable difference between the skills of contender Conor McGregor and the rest of the division.

Aldo quashed any rumours that he may be fearful of fighting the Notorious, who is also unbeaten in the UFC. Despite the fact that McGregor is coming off a stunning first round TKO over top featherweight, Dustin Poirier, Aldo does not consider him a threat to his belt.

I make it a point to observe all fighters in the featherweight category. I’m the champion, and I plan to remain the champion.

I do pay attention to any featherweight fight where someone is ranked in the UFC, since that could potentially be my next adversary. Conor is no different than any other fighter. I don’t see anything that stands out.

McGregor has been consistently running his mouth off and trash talking pretty much every possible opponent since signing with the UFC. However, Aldo does not seem to pay any heed to McGregor's claims that he is too "basic" and "safe" to remain the champion for much longer. The first and only UFC featherweight champion's gaze is focused squarely on his fight this weekend with Team Alpha Male's Chad "Money" Mendes.

I’m not looking at anyone else at the moment. I’m focused on my next fight, which is against Chad Mendes. If people are hyping Conor, I haven’t read about it.

After my fight, I’ll have time to see what the hype’s all about.

Dana White already hinted that McGregor could be next in line for a shot at the title after Chad Mendes has his crack at UFC 179 in Rio. The main card kicks off at 2am on Sunday morning.

SEE ALSO: The 10 Attitudes Irish People Have Towards MMA