The Veteran Waterford Man On The Brink Of MMA Royalty

Going back over two years ago, a night in Dublin's 3Arena transformed a tough man into a title contender. September 27th, 2019.

Englishman Ryan Scope was perceived as a hot commodity in the mixed martial arts world. Fighting in enemy territory, there was hope at 10-1 he could fight for a title in the near future.

Earlier in the night, fellow countryman Norbert Novenyi Jr. had disbanded one of the home crowd favourites. The Irish were praying Scope wouldn't pull off the same.

As Scope came out to the cage to a mixed reception, it was time for the 'Show Stopper'. Queally paid a subtle tribute to former Irish MMA pioneer Aisling Daly in walking out to 'Zombie' by The Cranberries.

The Irish crowd ate it up and then some. The walkout that ensued was hair raising as thousands of fans singing back a song treasured in Irish music folklore.

The fight began with chants of 'Ole, ole, ole' ringing around the arena. Queally fed off the energy by putting together a convincing round 1.

Then, disaster struck. At the start of round 2, Ryan Scope landed a perfectly timed left high-kick that sent Queally dropping to the ground.

The next minute or two was pure chaos for Queally as he found himself trying to get Scope off his stomach. The Englishman rained down punches in a dominant full-mount.

Somehow, Queally found his footing and the tables turned. Scope, almost seemed mesmerized by the fact he had managed to stand up and recover so quickly.

A barrage of punches later, it was Scope this time that was sent towards the canvas. Queally capitalised, landing several punches to a curled-up Scope to finish the fight.

The crowd erupted and the atmosphere was telling. The fight was only supposed to be a main-card opener, but many fans could have gone home happy that day after witnessing that.

There's no doubt that Bellator officials were watching on that very night. They didn't just have a home crowd favourite on their hands that day. A star was born.

Speaking to the BBC, Queally said he never meant to be an MMA fighter. "It happened by accident. I wasn't this nine-year-old kid dreaming of being a fighter."

The 32-year-old grew up in Dungarvan which was far from a mixed martial arts stronghold back in the day. "I was a good striker, young and I wasn't afraid of anyone."

His career has been forged similarly to many in Straight Blast Gym under the tutelage of John Kavanagh. Queally said there was no hope before the Irish MMA boom in 2014.

Queally detailed DM'ing Kavanagh on Facebook to ask to be a part of the gym. He had a background in muay thai at the time but was keen to learn some more.

Despite an exhausting training session up in SBG, Queally remembers a certain All-Ireland winner schooling him, saying he almost broke his ribs.

"Kieran McGeeney, this Armagh footballer, was training there at the time and he was good at jiu jitsu. At the end of the night I was wrecked and ready to pack up."

"John said get back on the mat and points at McGeeney. I'll never forget that 10 minutes. It was the most horrific 10 minutes of my life. I cannot describe to you how bad it was."

At the time, Queally knew what was going on. Kavanagh was testing his mettle to see if he could take a hiding. That's something he's been well able for as his career progressed.

As capacity at sporting grounds are only getting back to normal in Ireland, Queally has suffered as a result. A cancelled bout and a fight in the U.S. were a result of that.

In May, he fought Patricky 'Pitbull' Freire, a Brazillian stalwart who has been in or around the title ranks for years. Unfortunately, that night ended in a doctors stoppage.

That fight was originally due to be in Dublin in 2020 but was cancelled. Given the inconclusive ending in America, it's being pitted for a third time in Dublin.

"Ten years ago if you told me I was fighting for a world title in a packed out 3Arena and they're all coming to see me, I would have laughed at you. Get a grip," Queally said.

"As the years went on it becomes less funny. But when I started this was not something I ever thought I could achieve, being honest about it.

"As the fights go on you start to believe more. It's like the Matrix, he's beginning to believe. But I don't think many would have picked me either," he said.

"I had this little feeling this would happen, the stars would align for me." Queally now has a chance to become only the second Irish MMA fighter to win a world title in one of the two major promotions. 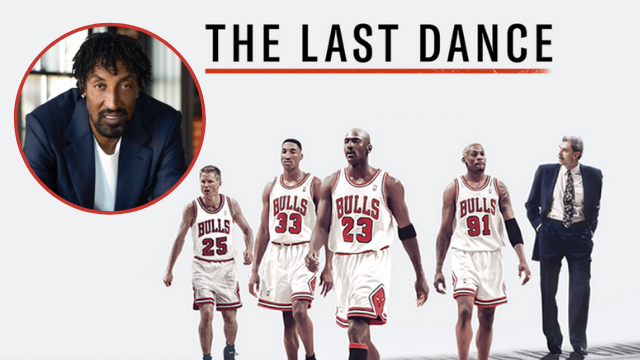