Video: Conor McGregor Reveals His Plans For Next UFC Contest 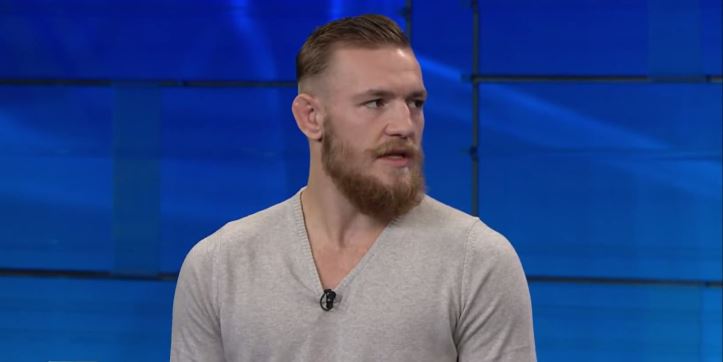 Conor McGregor announced his immediate plans in the UFC during a memorable appearance on BT Sport's Beyond The Octagon last night. Despite being pegged as the logical number one contender for the featherweight division by Dana White after pulverising Dustin Poirier at UFC 178, the Notorious has only one objective for the immediate future, to stay active.

McGregor explained how he would detest the prospect of waiting for a title shot and hinted he would prefer another fight before getting a crack at the 145 lb belt. His motivations are simple, he wants to keep making those fat stacks but the posterboy of Irish MMA was coy on who the UFC big wigs were lining up for him next.

For me, of course I want to take another fight because I know what way it has gone in the past. The champion has pulled out with injuries and things get delayed so I'm not holding back. I'm not sitting and waiting.

Ultimately, I already envision the belt as mine. Now it's about the money. I want to get that money. I want to take another fight. We have spoke. We won't say nothing, but we have spoke with Lorenzo (Fertitta), with Dana (White), Uncle Frank (Fertitta)... yeah but we will see what happens. I'm definitely looking to keep busy.

The UFC rising star confessed that the serious injury he endured during his second fight in the promotion is a big motivation for him to keep looking for fights. McGregor tore his ACL against hot prospect Max Holloway which sidelined him for nearly 10 months.

Maybe the fact that that (tearing his ACL) happened to me in the (Max) Holloway fight has given me that urge, whereas other fighters would like to sit out and wait for the title shot. I am already in my mind the champion. Let's just continue racking up them bills.

Considering how McGregor has elevated himself to superstar status since his return to the sport, it is understandable why he wants to make hay while time's are good.

The featherweight belt goes on the line this weekend when Chad Mendes takes on the first and only UFC champion at 145 Jose Aldo. Conor McGregor will be flown in to watch the event as a guest fighter. Knowing how highly the promotion rates his ability, he could potentially be facing the winner of the Aldo-Mendes fight next.

SEE ALSO: The 10 Attitudes Irish People Have Towards MMA

SEE ALSO: An Essential 18-Step Guide On How You Can Be More Like Conor McGregor