He'll face the challenge of interim challenger Cyril Gane, who's impressed so far in his UFC tenure and made a quick ascension to the top.

While many UFC main events these days lack the back-and-forth that we're used to with the more hyped events, there's no love lost between Ngannou and Gane.

The two have entertained us this week at the UFC's press events. Ngannou, who's only learned to speak English in the last few years, is a surprise package on the mic.

At most press conferences there's always a media reporter who asks a stupid question. At the UFC 270 press event, we got just that.

There's plenty of French interest in this fight given Cyril Gane hails from France and Ngannou spent several years in the country as a refugee from Cameroon.

A French reporter was asking Ngannou why he thought this was an 'easy fight' but he seemed to put words in Ngannou's mouth.

Here's a transcript of the interaction:

Ngannou: What do you read that when I say seriously pretty easy fight? I'm very confused.

Reporter: I didn't say it was a pretty easy fight.

Ngannou: You say I said that.

Reporter: I said Cyril is an easier fight than Miocic.

Ngannou: You say I said that. Why do you say that?

Reporter: That Miocic was your toughest fight.

Reporter: Tell me about it, that's what it says.

Ngannou: Where? Did I say that? Because that's what you just say, I'm just quoting you.

Reporter: So I repeat and rephrase - when you said Miocic is the toughest fight. That means the other fights are easier.

The crowd reacted accordingly to the roast as Ngannou, who has to be credited for his English skills, put the reporter in his place with his explanation.

It's been a busy week for Ngannou and his team. The 35-year-old appears to be holding out for a big UFC contract or a crossover into boxing.

His manager has been calling to fight Tyson Fury next. If he can get over the large hurdle of Cyril Gane, there'll be plenty of opportunities on the table. 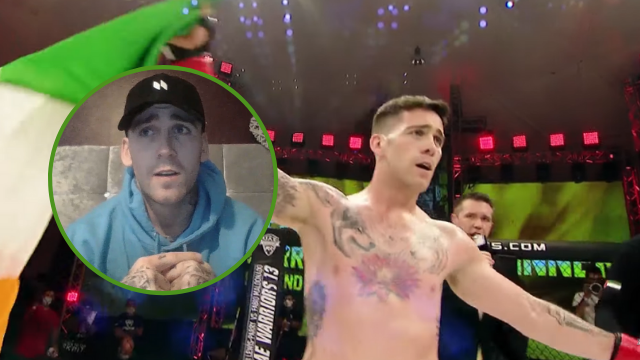