Who Would Conor McGregor Vote For In The 2016 General Election?

Conor McGregor is an icon and an iconoclast, a man who has transcended the everyday pettiness of Irish life to become a global phenomenon. But if he had to vote in an Irish election, who would he back?

In a recent GQ interview with Alastair Campbell, Conor McGregor provided a glimpse of his passion for party politics. He confessed to Campbell he had never voted in his life and that he had no interest in politics.

According to the transcript, the first words he uttered in the interview were 'who's Nicola Sturgeon?' When he was asked to identify the current British prime minister, he first guessed Tony Blair and before swiftly correcting himself and identifying David Cameron. Campbell then asked him to name the Irish prime minister. McGregor got Enda Kenny no problem.

It's highly likely that McGregor won't vote in next year's general election. But if the electoral law was changed here to make voting mandatory, which party's candidates would Conor be most likely to scribble a No. 1 beside if he had to?

We reviewed McGregor's statements and deeds over the years to try to assess which Irish political party he would back. 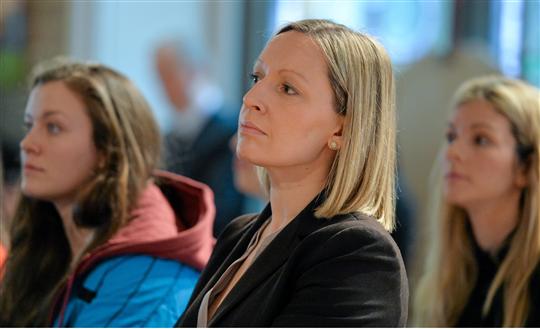 While it's possible he'd be enamoured by the showmanship of Eddie Hobbs, McGregor would likely be turned off by the social conservatism of the party's founding mother, Lucinda Creighton.

She doesn't like abortion and probably wouldn't have too much regard for McGregor's fondness for hugging strippers, not to mention his 2014 request that Georgia Salpa's 'big tittays' perform yet another ice-bucket challenge.

It's not going to work between him and RENUA. 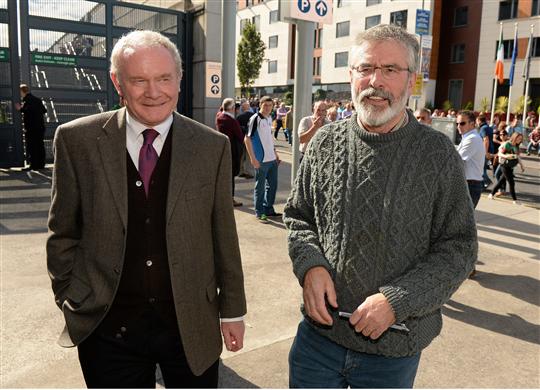 McGregor's aggressive patriotism in his early years in the UFC gave him the air of a natural Sinn Féin supporter. He wore his Irishness not just on his sleeve but on his forehead and most of his torso.

His announcement, after the UFC event in the Point, that we, the Irish, are 'not here to compete, we're here to take over' may have gotten some nationalistic juices flowing on the night. But, in a more introspective moment, some of the learned Eoin O'Broin types in the party might have determined that such rhetoric sounded a tad imperialist.

His recent shenanigans with the poppy have probably cooled him towards the party and its online wing.

Also, his all-round acquisitiveness means that he probably wouldn't appreciate the hard leftism of the Sinn Féin programme.

He might give them a preference but we think he'd ultimately look elsewhere for his No. 1 vote. 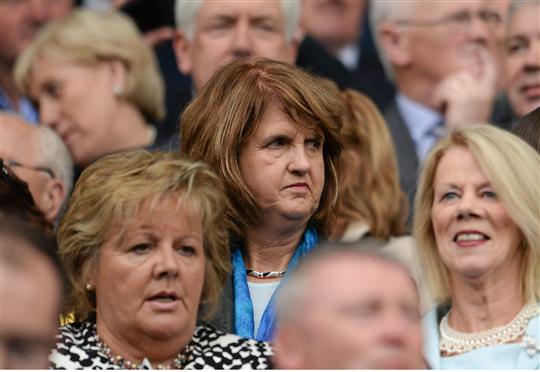 As a man from Crumlin, McGregor would possibly have a natural affinity with Labour, a party who have always fared better in the capital than they have out in the sticks.

However, McGregor would have no respect for their willingness to play second fiddle in government.

As we know, in a coalition government, when the shit hits the fan, it's the junior partner who ends up covered in excrement.

And sometimes, it can take at least two general election cycles before they're fully hosed down (with the Greens it might take even longer given how squeaky clean they and their natural constituency like them to be).

In our view, McGregor would take one look at Labour and decide he has no time for them. 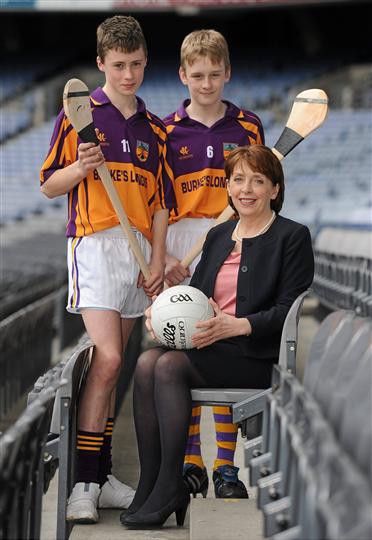 A worthy bunch, they might be a touch holier than thou for McGregor's tastes. As a party, they aren't around long enough to have gotten down and dirty yet.

McGregor will reserve judgement until he sees how they perform in the arena first time around. At present, he would be unconvinced. 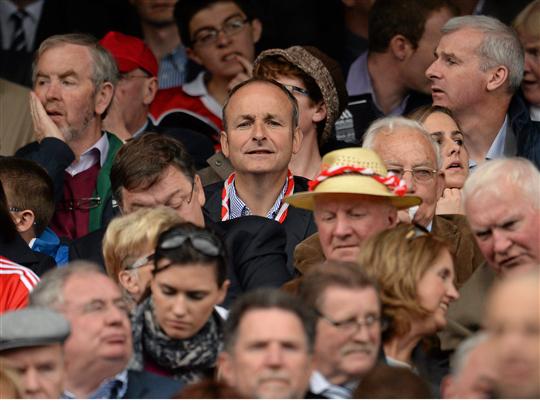 Conor McGregor is a man whose greatness was predetermined and, if this were the 1980s, we reckon he would have been fully on board with the soldiers of destiny.

This is a contentious thing to say, but we believe he would have been out front and centre, defending Charlie against the attacks from the Stickies, and the Blueshirts, and the West-Brits, and the Sindo contrarians.

Haughey's absolute determination to live life well would probably have appealed to Conor. Together, they could exhort the begrudgers to cut their own throats before flinging themselves off a cliff.

But this isn't the 1980s. Conor would probably regard Michael Martin as a bit wet by comparison and Fianna Fail have no foothold in Dub-land nowadays anyway. His attitude to the party would mirror that of Jimmy Rabbitte in the Commitments (book, not film). 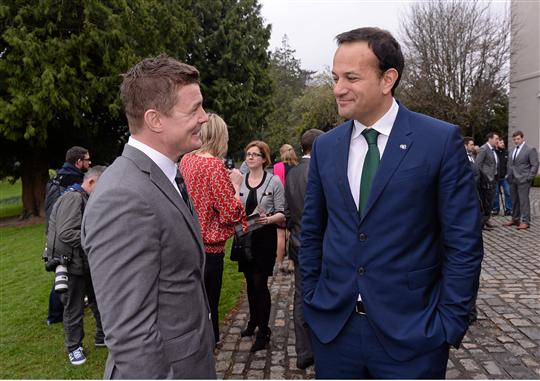 McGregor has often spoken movingly about his future ambitions. These involve becoming 'very, very rich' and then getting out.

Fine Gael are not going to stand in his way in that regard.

However, while the FGers would likely adopt a hands-off approach to McGregor's wealth, their attitude to his sport would surely displease him.

Fine Gael may have flirted with 'yoof' culture under Garret's leadership in the early 1980s, but the party has always possessed a mimsy, priggish bent.

In social terms, they are the disapproving, mass-going elderly woman of Irish politics.

For instance, recall Sean Barrett telling Mick Wallace and Ming 'Luke' Flanagan (as the Phoenix call him) to sharpen themselves up before entering the Dail chamber.

Such attitudes do not mesh well with the world of cage fighting. And as long as Senator Catherine Noone remains in the party, Conor would probably send his No. 1 vote elsewhere.

She described it as a 'vile, so-called sport' and wrote to the Minister for Sport arguing that the event should not be licensed.

After several MMA fans got in touch via twitter to give her the benefit of their opinion on her opinion, she backtracked fairly sharpish and signed up for re-education classes. 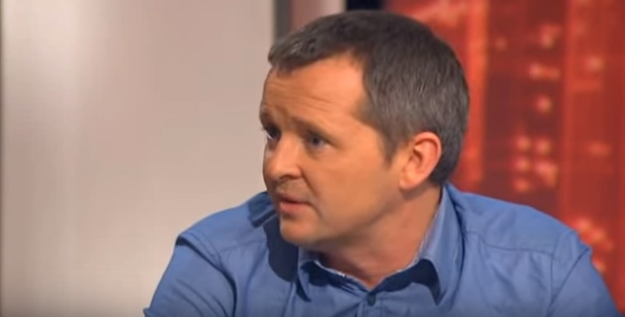 McGregor would probably admire the maverick style of a man like Joe Higgins. He would be impressed by his passion and single-mindedness and devotion and all of those high-minded virtues. But we doubt he would be voting for him and his ilk.

A man who boasts about savouring $20,000 bottles of whiskey in the company of casino-owning millionaires will likely not find the Socialist Party's general election manifesto pleasant reading.

He wouldn't shout from the rooftops about it, but McGregor would give the AAA-PBP a wide berth in the polling booth. 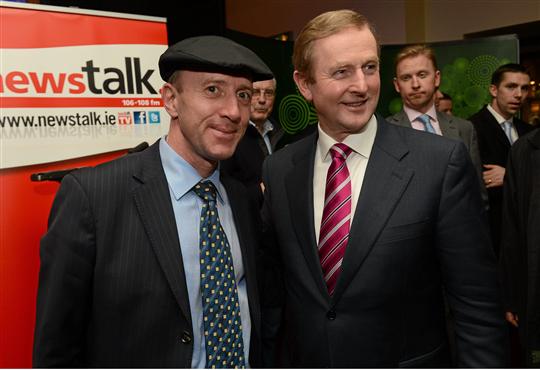 The Independents? Conor McGregor would not vote for Shane Ross.

The same misgivings about the AAA-PBP would make him fearful of Mick Wallace and Ming Flanagan. By backubg Wallace, in particular, there is the added fear that he might alienate his American paymasters.

As for Michael Healy Rae, we genuinely can't think of any objection he'd possibly have to the man. Like McGregor, Healy Rae is a man who is truly and utterly himself and always winning the mindgames against his political rivals. But unfortunately, McGregor does not live in Kerry South.

After exhaustive study, we have come to the conclusion that Conor McGregor won't be able to vote for any of the candidates putting themselves before the public next year.

And we can't blame him.